The transformational power of telematics

The benefits of machine-to-machine communication go far beyond auto insurance.

Telematics may have evolved from auto insurance, but it doesn’t stop with it. More specific pricing approaches and more capable, complex technologies mean insurers can handle ever-increasing amounts of data in real time. This could trigger changes that go further than the insurer-customer relationship.

Lets stick with vehicles for the moment.

User-based insurance doesn’t have to be a one-way street. The potential is there to add valuable extra services, ones that don’t just monitor and maintain driver safety and efficiency, but which can also, for companies with fleets of vehicles, diagnose mechanical health, spot problems before they become expensive, recommend the most efficient routes and so save costs in personnel, fuel and maintenance. Moving into houses and homes, the amount of technology we have lying around is increasing all the time. And as it grows, so does the Internet of Things.

According to Gartner there will be nearly 26 billion devices on the Internet of Things by 2020. Insurers who are already engaged in a service-based approach evolve beyond being pure insurance companies and instead become consumers of information. The opportunities are massive. Not just for using data but also changing and adapting products based on measurements. In the future, your home insurer might offer a suite of products that offer preventative solutions as well as indemnity: sensors that help detect fire or water damage (and control emergency shut-off valves), services that back up sensitive documents securely in the cloud in the event of burglary or damage, as well as support the burglar alarm and home security.

Looking at health, life tracking and data-collecting devices such as the Fitbit are already willingly consumed, but also cost less for the insurer and the consumer in the long run as they motivate people to stay healthy. An added user-based insurance option could offer rewards and education depending on activities and behavior. More exciting still, devices such as pacemakers could be made to transmit vital information that could prevent small problems becoming worse.

Meanwhile, manufacturers and owners of big plants also have huge amounts of data that can be used. Insurers can use this to protect customers by ensuring that maintenance is done on a regular basis and that products are stored and transported under optimum conditions and according to changing national or local regulations. The big picture is a massive confluence of little things that, together, add up to one big thing: being able to run the world better.

With effective machine-to-machine communication and, critically, the ability not just to gather but also to analyze mammoth amounts of data in real time, user-based insurance can offer helpful insights and education as well as discounts for good behavior, winning a competitive advantage in areas traditionally dominated by higher premiums. What we’ve mentioned here only scratches the surface of what is possible; the technology already exists. The next step is for the insurers to pick it up and start designing products with it.

What do you think about the issues discussed here? Continue the conversation in the comments below. 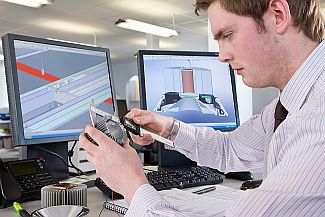