Have You Ever Heard of “Code for America”?

I’m excited to share my impressions of my first meeting with the local Code for America Meetup Group – the “Code for San Francisco” Brigade.

You might have seen SAP announcing the Brigade sponsorship here. But, what exactly is Code for America doing? And how can we help them being a more successful non-profit organization and solve civic issues even better? To answer this question, I joined the local meet up group and RSVP’d for the next civic hack night, which is taking place every week.

So, what is Code for America (CfA)? 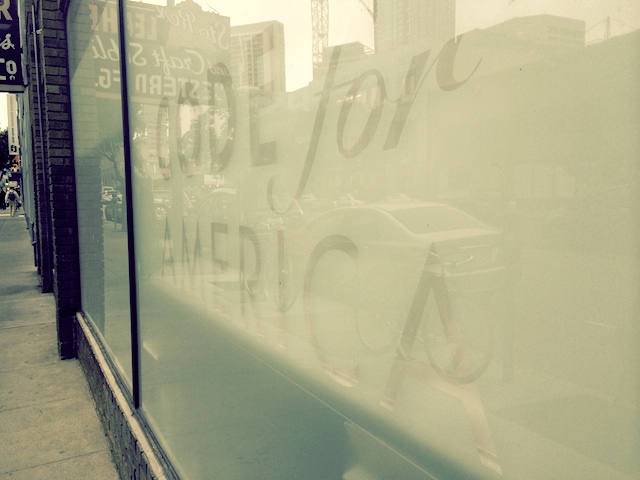 CfA basically brings together technologists and local governments, with the focus on the improvement of cities. You may ask yourself how the technologists do that and what they are actually working on. Well, the projects are very diverse and initiated by the volunteers itself. To be precise, CfA does consists of more then only technologists: Experts from other areas are encouraged to participate in order to be more multi-disciplinary. Not only technologists recognize civic problems – everyone does! Let me name some of the recent projects (which btw can be found on GitHub):

As you already might have figured out, one of the advantages that technologists can add to this initiative is to get valuable insights out of existing datasets. You see, this is not a one-way! Governments need to enable the collection of relevant data and make them publicly available in a digital consumable way. In fact, San Francisco sets a great example in doing so: It ranks best in the US Open Data Census! If you are in the US, check out how your city is doing! 😉 I visited the Code for SF Brigade last week and met with Jesse (one of the local co-organizer). The whole group was pretty busy with preparations for the national day of civic hacking (taking place this weekend), but I was able to gain some valuable information in order to better understand the whole environment and the way they work. Let me share my insights with you:

Organization of the projects is low-key but Jesse is putting a lot of effort into making it more and more organized. The SF Brigade is actually in the process of becoming an official Brigade (a number of organizing milestones need to be fulfilled). At the beginning of every meet up, Jesse presents the open projects and volunteers can signup for anything they would like to work on. After this kick-off, people organize themselves in smaller groups and sync about the status and the next steps of the project. As everybody can actually jump on projects (even only for micro tasks), documentation is very important. New volunteers need to read the documentation in order to get started, whereas the starting point is mostly the readme of a certain GitHub project. Overall, documentation requires much effort. But from what I heard, there is already an ongoing project for an internal project tracker to reduce the effort.

Furthermore, the Brigades are in high need for hosting services. Every existing project is stored on GitHub. It is up to the project leads to organize how to host the data. Obviously, the leads go for free hosting offerings. It seems like there is one central repository for the whole Code for America initiative. So, Brigades can actually discover what other Brigades are working on. In practices though, many projects might tackle the same issues (using different datasets) as we usually tend to jump to development instead of researching for existing solutions. By the way, Brigades do not collaborate much; they are rather small work-force silos from what I could figure out.

An interesting observation: the relationship to local governments is bi-directional: Government Representatives pitch their issues and share the existing projects every now and then (hopefully together with access to data), allowing or even asking the Brigades to tackle specific issues. On the other hand, some spin-off projects are taken over by the government as well. 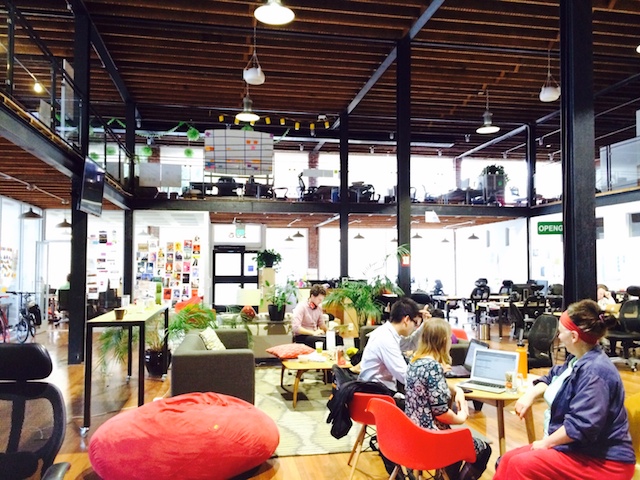 The “SF Day of Civic Hacking” is a public, international hackathon where everybody can come up with cool solutions to solve civic problems. In SF, the hackathon is themed around education and healthcare. As most of the CfA volunteers were working hard on the preparation for the upcoming hackathon, I tried not to distract them too much. What I could figure though is that the groups struggle with how to continue the projects after the hackathon (maintenance, documentation, etc). This is a major problem as non-volunteers will contribute to existing projects during the hackathon! Speaking of contributing: If you are interested in contributing to #hackforchange, visit this website and register! You can choose from various challenges and win cool prizes too!

Overall, my first impression was great! Talented and passionate individuals are working on very interesting topics, trying to improve the everyday life of so many people! We – SAP – should support them!

I would like to create a discussion around this topic. If you are interested to support our efforts in bringing SAP technologies into the Code For America developer community, please leave comments in this blog or reach out to me directly (a.graebe@sap.com).

Looking forward to hearing from you!

Code for America has done some amazing work to improve citizens lives. I'm delighted to share this news: on May 14th, SAP announced that we will be a Code for America Brigade sponsor in 2014. The sponsorship will benefit SAP public sector customers, particularly urban and municipal governments and our Urban Matters initiative. Check out the press release. We can put you in touch with the Urban Matters colleagues.

from my understanding it's actually our team who's sponsoring the CfA initiative. The press release is already linked in my article 😉 But I'd like to get in touch with the Urban Matters colleagues to hear more about your efforts!

I suggest you start by reaching out to James Alfano, who covers Urban Matters in North America and his boss, Sean O'Brien, VP and Global lead for SAP's Urban Matters Initiative. Also check out Sean's blog on the SAP Public Sector Community Network.

Apart from improving citizens lives with CfA, we would like to inspire a community of developers to use SAP HANA and other SAP technologies. These people may not be familiar with SAP today. It's a win-win for communities, developers, citizens, and SAP.

Cool, thank you Marlyn! It'd would be great to inspire them to use our technologies. Right now, we focus on understanding what the brigade's needs and problems are and how we could actually support them from a technological point of view. I'll get in touch with the colleagues and blog updates 🙂

One of my objectives with Code for Americas (for All in my case, since I live in Brazil) is to create awareness about SAP new technologies and foster its usage among community developers and public representatives.

Is there any kind of support we may have directly from SAP in order to achieve that? In the Code for America website it is not too clear, aside from the SAP sponsorship.

What a fantastic idea! I am not aware of any SAP-sponsored "civic hacktivist" events in Brazil yet. According to this article in Huffington Post, some events have taken place in Latin America in countries such as Mexico, Brazil, Chile, and Columbia.

Typically, such initiatives work through a local organization - a non-profit or government entity. So identifying these potential partners would also be important. We can also contact the global public sector team, regional sales, and our corporate social responsibility organization to see if and how SAP might participate in a regional initiative.

I will forward this discussion to public sector colleagues to invite their comments also.

In fact it is just an idea by now, and there even isn't any Code for America | All here in my country as far as I know - I want to start it 🙂 .

The next steps are the contact with civic department, universities and non-profit organizations.

I was just wondering which kind of support we could get from SAP. As an SAP employee, I know the SAP technologies and trends, but there are so much things involved that a support from your team would be more than welcome.

By now, thanks for your help on this topic.

I shared your post and contacted colleagues internally to find out if there are any plans. No news yet. Stay tuned.

You might want to propose this idea to your local Corporate Social Responsibility team also.

I have been working with 'social coding' for my city but lacked a structured way of approaching what we could call 'community stakeholders'. Reading your experience and going deep on the Code For America information, I found exactly what I need to improve our initiatives here.

The interesting is that I work at SAP Labs Latin America, where the is no Brigade | Code for all yet, so I will try to become a Captain, starting this initiative here.

Therefore, I would like to know how have you been through this initiative by now. Maybe we could share some information. Check my profile and we can get in contact.

there is similar stuff going on elsewhere, too. When reading this, I remembered that I saw a sticker somewhere in Berlin Mitte - it said "code for Germany" and there we go -