A brief Intro of virtualization and vmware esxi

At the starting point computer hardware was designed to run a single operating system and a single application as shown in Figure 1, leaving most machines vastly underutilized. 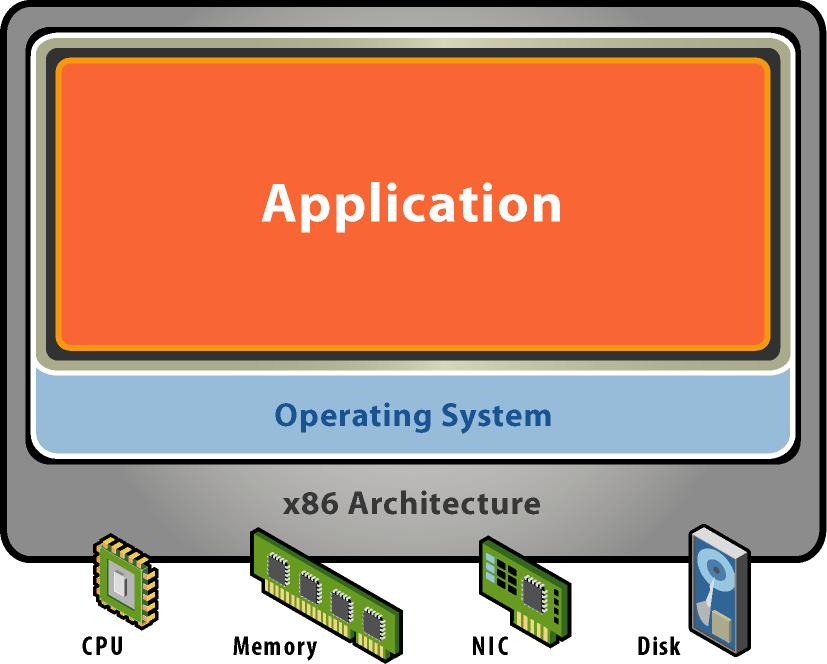 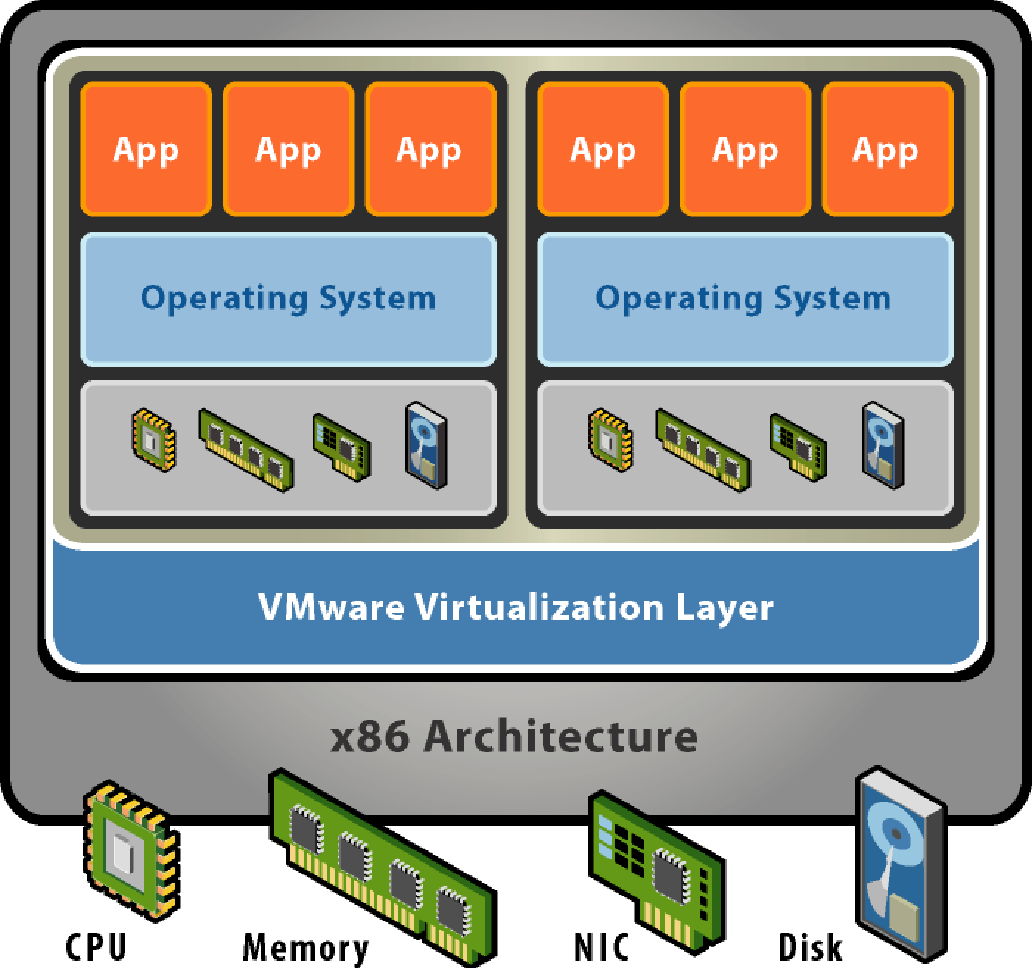 One will typically want to install an operating system on a virtual machine to be able to run applications. This guest operating system assumes that it has complete control of the computer, and it will attempt to access its hardware. This cannot be allowed, since the hardware is shared with guest operating systems running on other virtual machines. A program called VMM or hypervisor is needed to make sure all resources are shared properly. The advantages of using VM are compatibility, isolation, hardware independence and encapsulation.

Virtualization is mainly used in server consolidation .It is an approach for the efficient usage of computer server resources in order to reduce the total number of servers or server locations that an organization requires. One can use virtual machines to run multiple isolated virtual servers on a single physical server. This allows hardware to be used more efficiently and decreases hardware costs. For an internet hosting company this can be used to allow customers full access to a virtual server without endangering other servers on the same physical machine. Server virtualization is also used for software infrastructure of cloud computing services which provide computing resources over the internet. By using a virtual machine cloud service customer creates computing resources quickly on the cloud computing infrastructure. Some other uses of virtualization are in software development, running untrusted software etc.

Some disadvantages of using virtualization includes the following

1)      If the physical hardware of which virtual machines are hosted is crashed it will be drastic condition.

2)      A virtual machine is less efficient than a real machine when it accesses the hardware indirectly.

There are two types of hypervisors given below :

●     Type 2 (or hosted) hypervisors run within a conventional operating system environment. With the hypervisor layer as a distinct second software level, guest operating systems run at the third level above the hardware.

Type 1 and Type 2 hypervisors are shown in Figure 3.

Since Type 1 hypervisors has direct access to the hardware resources rather than going through an operating system, it is more efficient than Type 2 (hosted) architecture and delivers greater scalability, robustness and performance. 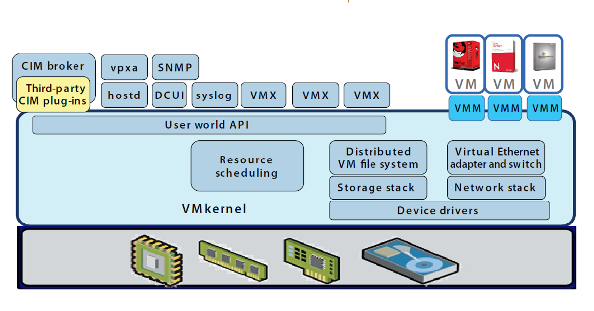 The VMware ESXi architecture comprises the underlying operating system, called VMkernel, and processes that run on top of it. VMkernel is a POSIX-like operating system which provides means for running all processes on the system, including management applications and agents as well as virtual machines. It has control of all hardware devices on the server and provides certain functionality similar to that found in other operating systems, such as process creation and control, signals, file system, and process threads. It is designed specifically to support running multiple virtual machines and provides such core functionality as Resource scheduling, I/O stacks, Device drivers.

Virtualization is done using a combination of binary translation and direct execution techniques. The kernel code is translated to replace non virtualizable instructions with new sequences of instructions that have the intended effect on the virtual hardware. Meanwhile, user level code is directly executed on the processor for high performance virtualization.

VMware ESX implements a streamlined path to provide high-speed I/O for the performance critical devices: network and disk. An I/O request issued by the guest OS first goes to the driver in the virtual machine. The driver typically turns the I/O requests into accesses to I/O ports to communicate to the virtual devices using privileged x86/x86-64 IN and OUT instructions. These instructions are trapped by the VMM, and then handled by device emulation code in the VMM based on the specific I/O port being accessed. The VMM then calls device independent network or disk code to process the I/O. For disk I/O, ESX maintains a queue of pending requests per virtual machine for each target SCSI device. The I/O requests are then sent down to the device driver loaded into ESX for the specific physical device. 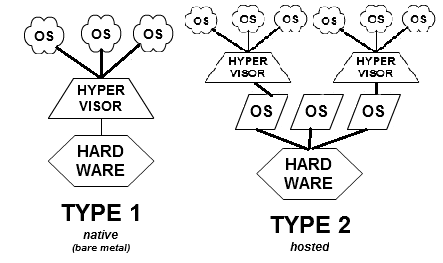