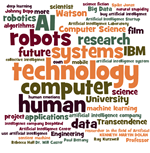 Never have more people been so upbeat about something that hasn’t quite happened yet. Eighty percent of the social sentiment around driverless cars is unified around one resounding message: Bring It On! Along with artificial intelligence, machine learning, and robots, autonomous cars are generating a significant amount of chatter, much of it optimistic as captured in the latest report from SAP Social Media Analytics. Here’s a sampling of typical comments including Facebook likes, Tweets, and blog posts:

I can’t wait until there are more #self-driving cars on the road so I can interact with and teach them my superior driving techniques.

People are worried about Google’s self-driving cars. Have you been on the road with humans? Honestly, how much worse could the robots be?

What if it did the speed limit in the left hand lane?  MT @MBJArnold self-driving car

Google’s self-driving car is safer than most drivers

Digging deeper, expectations of driverless cars are running high for a variety of reasons from trip safety to societal transformation.

Clearly, we’ve moved eons past the fear-based science fiction scenario captured by the voice of computer Hal 9000 in the cult classic film, “2001: A Space Odessey”. According to Gartner research, the coming smart machine era will be the most disruptive in the history of IT. By 2020 we can expect a much wider variety of intelligent assistance programs, smart advisors (such as IBM’s Watson), and modern industrial systems. And here’s the kicker: these innovations will all be doing things that we previously thought only people could do.

The future belongs to forward-thinking organizations able to seize the new opportunities that these innovations promise. For example, Predrag (PJ) Jakovljevic, an industry analyst at Technology Evaluation Centers, sees this era opening the doors to new kinds of jobs.

“We will need more experts who understand big data, analytics, and cognitive computing. While some jobs will shift or be lost, more field service type service jobs will be created. Smart machines and in-store machines may actually results in higher retail sales and require more people to stock shelves.”

Equally optimistic is Don Peppers, author and founding partner of Peppers & Rogers Group, a U.S.-based management consulting firm. He argues that unlike previous machines from the industrial age that made our lives more automated, this next wave actually brings greater personalization to our lives.

“Machine technology like driverless cars allows transportation to be more inherently individualized. It’s much easier and more economical to get into a car with privacy, go very, very fast safely, and get more things done.”

The core issue surrounding autonomous machines is not about supplanting humans. Rather, it’s about how much a line of code can change someone’s life for the better. Amazon and iTunes already do this when they warn customers if they’re about to make a duplicate purchase. “The more we interact with others, the more trust we demand. We expect active trustworthiness in which the companies we work with respect our interests and watch out for us.” says Peppers.

He contends that smart machines can make us smarter. “In this faster-paced technological era, companies connecting human judgment and creativity in the shortest timeframe possible to decision-making and operations will succeed. Instead of teaching kids the names of state capitals which they can easily look up, schools can focus on wise reasoning and problem-solving.”

Relationships can be complicated, including the one that people have with machines. Meantime, last month the United Nations Convention on Road Traffic quietly agreed to back an amendment allowing a car to drive itself, as long as the system “can be overridden or switched off by the driver.” Diving right in is Deep Knowledge Ventures, a Hong Kong-based venture capital firm that has appointed a computer algorithm (with voting powers) to its board of directors. Ready or not, the autonomous machine era has arrived.