For full details of our remarkable journey, I refer you to the first post in this series, but to summarize, Alice is a non-SAP developer, physically located in Australia who is familiar with web front-end development on both windows and Linux systems. Alice wants to install the latest ABAP developer platform to learn about SAP, and even to develop something using the latest greatest SAP development tools – using API’s (ODATA / JSON / XML etc) and SAP UI5 (which she knows is built on one of her favourite javascript tools, jQuery).

In her first attempt to install a Developer Edition of the Netweaver 7.4 ABAP system on MaxDB, she ended up with a trial account on the HANA Platform.

After reading this, you may want to continue on to Does SAP really want NON SAP Developers 3 of 3? (EDIT – link added)

Yesterday, Alice found her NW 7.4 ABAP system in the SAP Store, She registered for the SAP Cloud Appliance Library, but ended up in the HANA Platform. Today is another day – She has spoken to her trusted adviser (i.e. me) who has suggested that she finds her package on the SAP store and tries again, but this time using the credentials she used to register for the SAP Cloud Appliance Library.

Unfortunately, I don’t have screenshots of this, because, well,

.. but lets pretend the site is working. Hopefully, in real life, it will take us to the Cloud Appliance Library, but we have to fake it. Because, well, SAP. 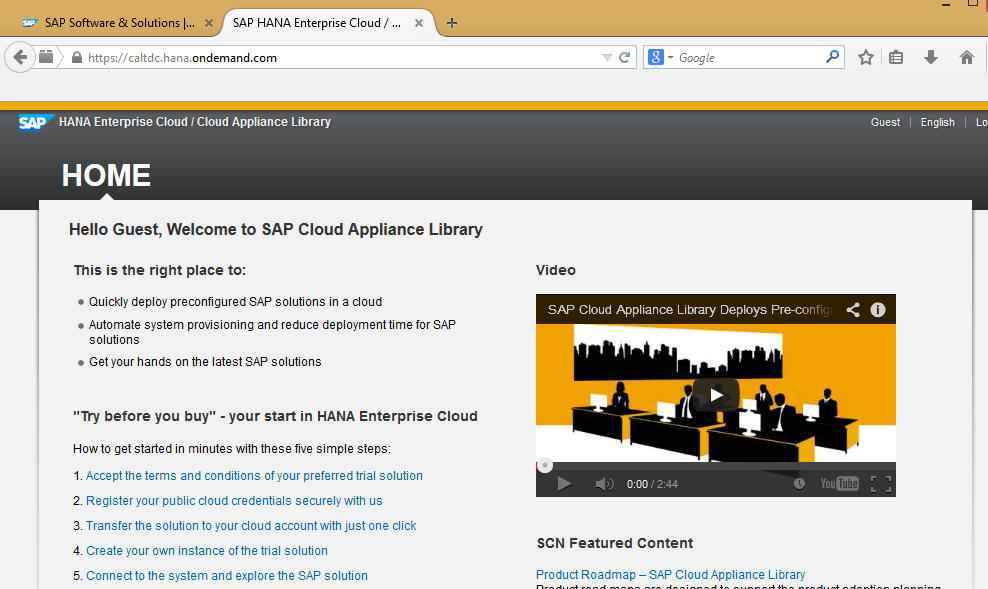 So Alice logs on with yesterday’s credentials, and gets a set of legalese (this is quite clever, and Alice is going to borrow the design pattern – the user has to scroll to the bottom before the ‘Accept’ button opens; it gives the impression that someone has read all the fine print whether they have or not).

Issue 16 What part of I registered an Account do you not understand ?

Come on. Alice has registered, but STILL has to create an account ? 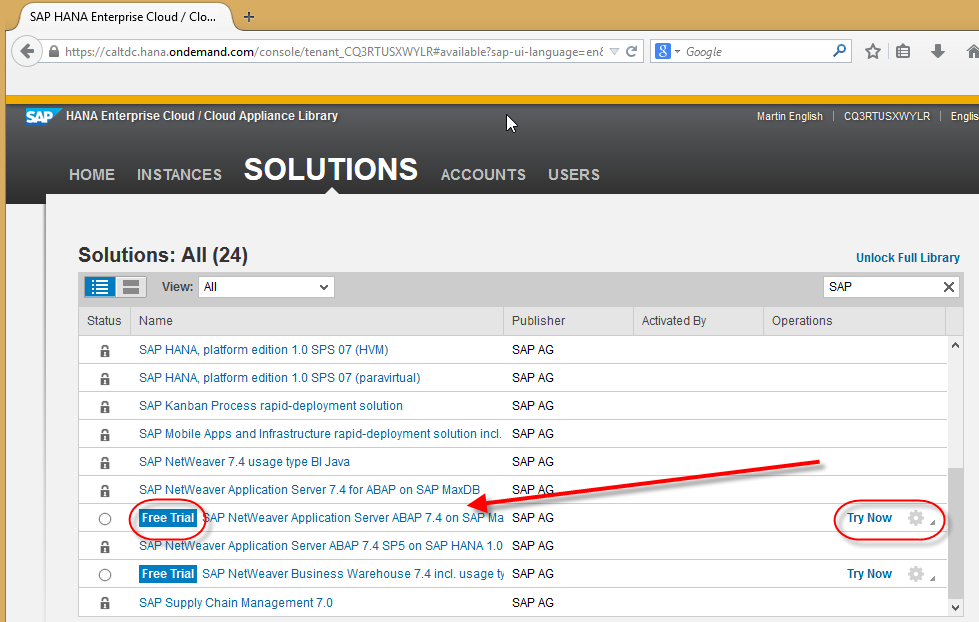 She clicks on the Try now link and gets more Terms and Conditions (and again with the pretending to read all the way to the bottom before she can hit the Accept button). , and we get to

Now Alice didn’t capture this screen properly, but when she moused over the greyed out Activate link, it says “You cannot activate the solution because you are not an account owner” WTF ?? Well she didn’t say that but she is much politer than I am 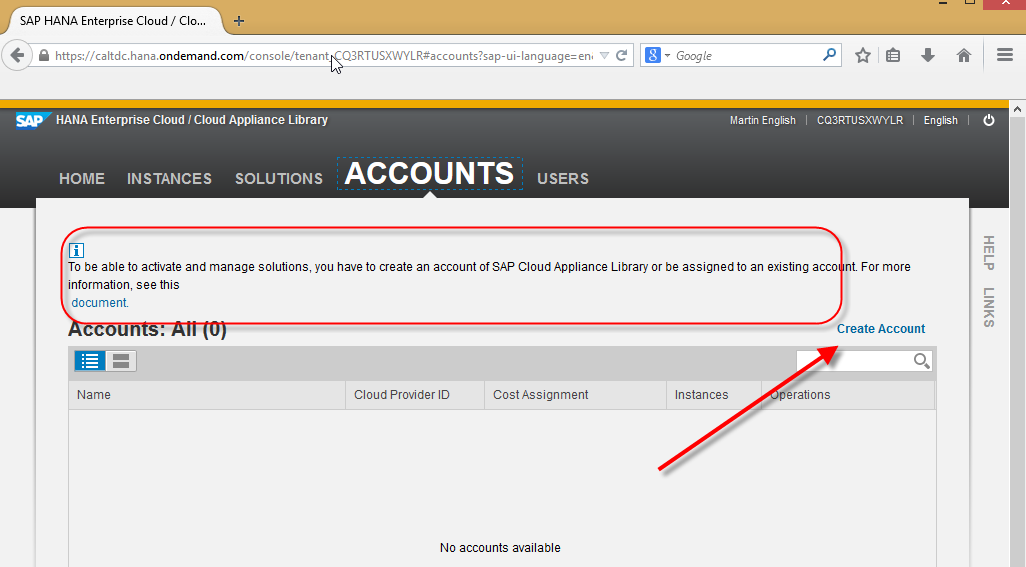 Issue 17 What part of I registered an Account do you not understand (part 2)?

So Alice registers another user / Account / whatever by clicking on the Create Account link. From Alice’s experience, the result looks like the start of a customized Amazon Web Services wizard. There’s a few drop down menus  that can’t actually be changed, but quite frankly things are going forward, so she isn’t going to complain. 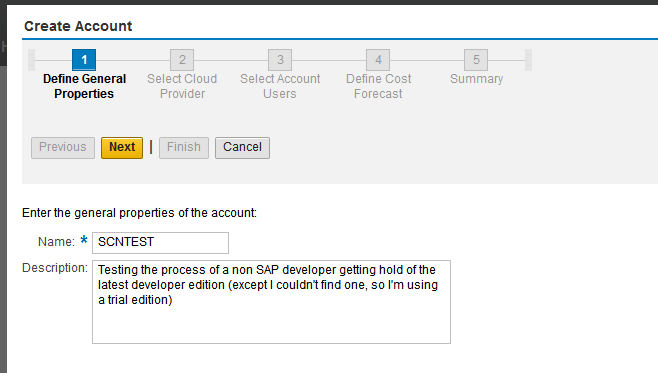 One of the drop down menus that can’t be changed is the physical location of the SAP instance. It is only configured to run in one specific AWS region (US-East-1). Remember that Alice is in Australia; Assuming she is in Sydney, she is maybe 50Km from the AP-SouthEast-2 datacentre. She is nearly 10,000Km from the US-East-1 datacentre. This will  impact on her system response time.

Note that if Alice was in Perth, Australia, then the Singapore datacentre would be closer than either the AP-SouthEast-2 or the US-East-1 datacentres.

Alice thought she could use her standard AWS configuration (silly girl). Specifically, Amazon recommend using their IAM product and not AWS access keys.  More to the point you cannot retrieve existing access keys and secret keys. See http://aws.amazon.com/blogs/aws/important-manage-your-aws-secret-access-keys. Some organizations using Amazon Web Services may / will not share these keys with users, Alice is lucky, she is her own boss so she goes to AWS and recreates her key (just like Amazon tell you to in that link.

Scroll down to see more .. 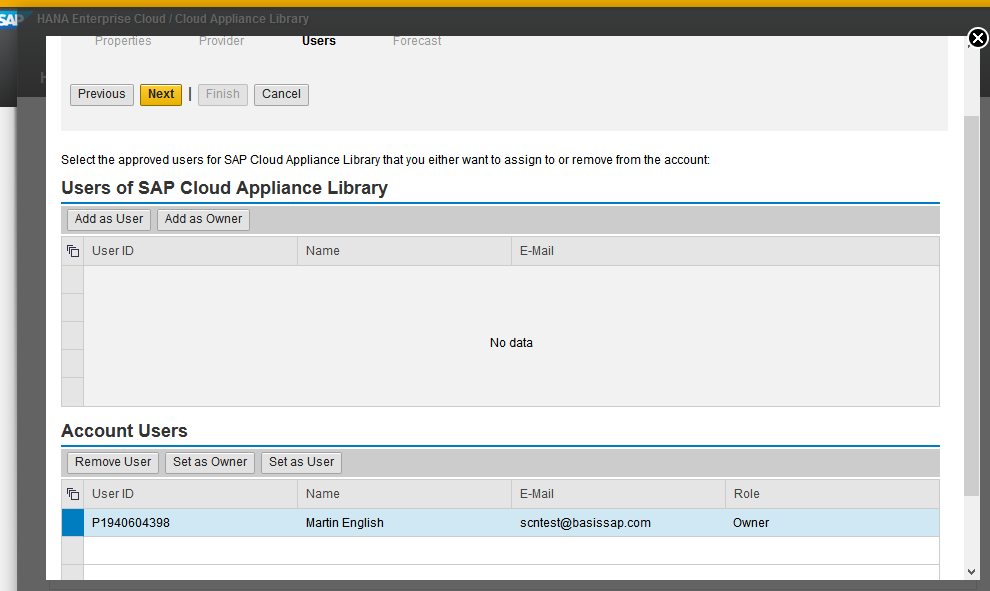 And back to the Solutions tab, where Alice sees… 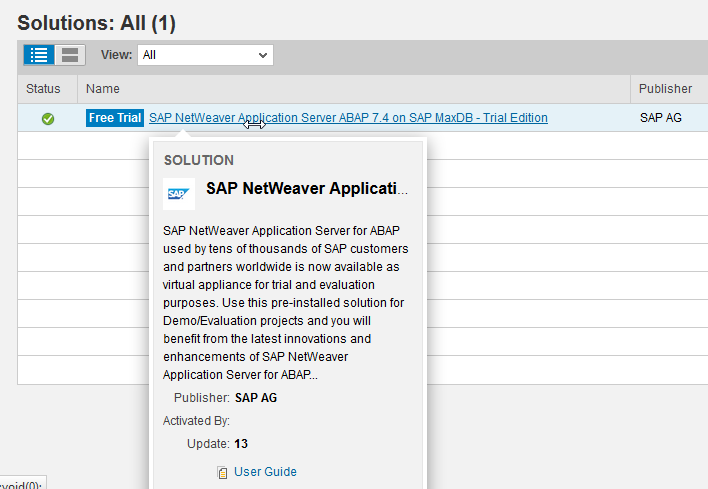 Issue 20 User Guide (including prerequisites) is not available till AFTER you start a system ?

Now Alice can see her user guide https://caldocs.hana.ondemand.com/caldocs/help/SAP_NetWeaver_AS_ABAP_740_SP2_MaxDB_Trial_Appliance_EndUser_Documentation.pdf   The first (and only) place it is visible is after Alice starts creating the SAP system.

Creating a VPN is easy stuff for someone like Alice (especially using the Amazon one), and it took about half an hour to get the VPN created and the SAP instance started. For safety sake, she created the VPN before she activated her SAP system (which she understood to be creating the Amazon Machine Image) and created her SAP instance (which she understands to be her Amazon Image).

Issue 21 No SAP GUI for YOU

It takes a real effort to forget all the tricks and shenanigans and crap that you learn about or have to put up with when using SAP’s support sites. Unfortunately, when you do, you see how poorly documented the Developer Editions are, the generally poor user experience that we have got used to, the poor search engines etc. I would be surprised if any non SAP Developers would actually perservere to the extent that our mythical Alice has.

And she hasn’t even been able to log on to the SAP system yet.

We have seen a number of issues with creating a running useable instance of the latest SAP ABAP system suitable for a developer. I can’t even say we have created a Developer Edition using this process, because the documentation is so unclear that of the paths I could choose I ended going down one that only let me choose a Trial Edition. Now, none of these issues (Twenty one, so far) are on their own enough to stop a determined developer in their tracks. However, each one provides additional friction which, when combined, would stop most if not all non SAP Developers from following the process through to completion.

For SAP AG, what I have just shown is not the problem. The real killer is ththe alternatives; Remember how I said Alice is familiar with web front-end development on both Windows and Linux systems ?  She can get a web server up and running in 10 minutes with Ruby or Python by downloading and executing a file, then running the following command lines.

By comparison, Alice can not even logon to her SAP system yet. let alone look at the mechanics of caring and feeding it; that’s the next entry in this series.

you see how poorly documented the Developer Editions are, the generally poor user experience that we have got used to, the poor search engines etc. I would be surprised if any non SAP Developers would actually persevere to the extent that our mythical Alice has.