I create this post in order to explain the concept of Multilevel CCS  because our friend Rajneesh Saxena requested in this thread.

Re: Itemization Cost not matching with Cost component for material 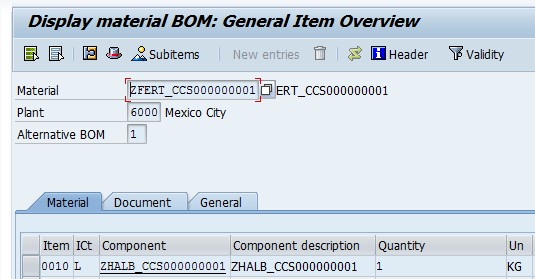 In the routing, we use 1 hour of Machine for KG 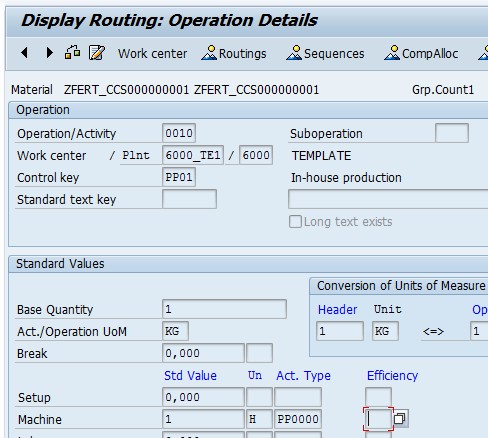 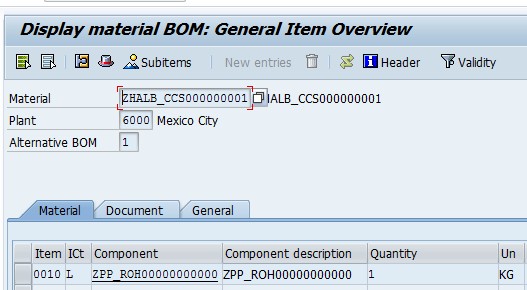 In order to produce 1 KG we use 2 hours of the same work center. Its a fool example but give the concept. 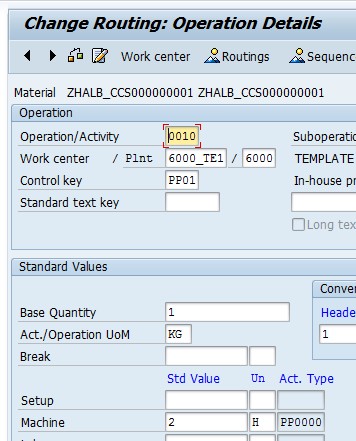 3. Run CK11N to the FERT. The system do multilevel explosion. When I say multilevel, i mean explode al the componentes in all level, including transportation between plants and its aditional costs. 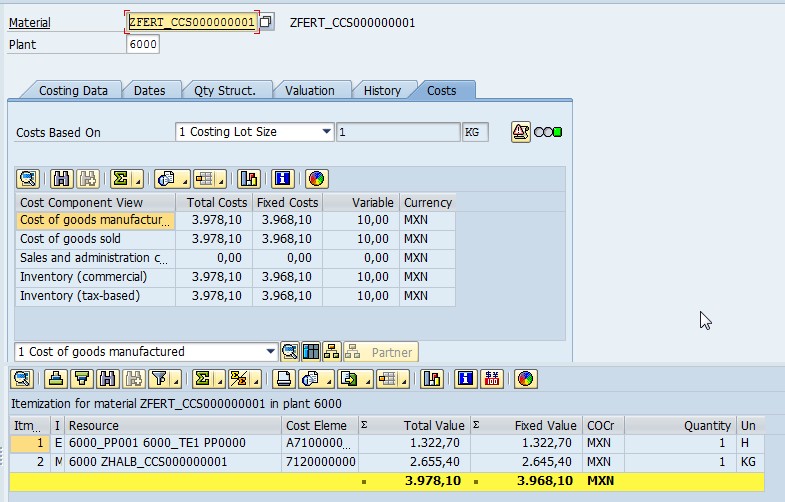 In order be more specific, in the FERT we see the HALB material cost of 2655. We see the full value because the Itemization is not multilevel. But later, we are going to see this value split in RAW and Activities in the multilevel CCS. 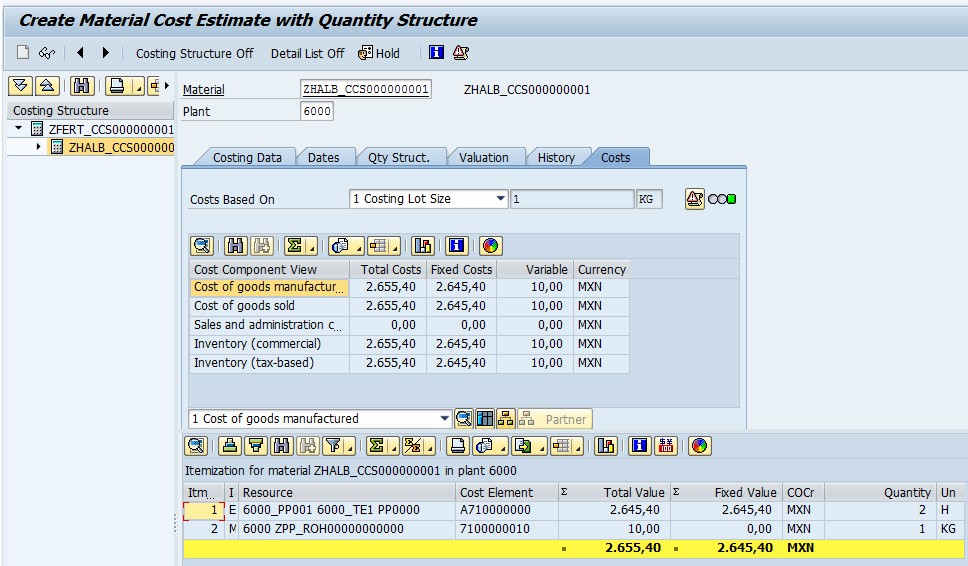 Now see the CCS of the HALB. At a 1st glance, we see it match with its Itemization. This is because this halb is the Lower Level of the multilevel itemization process.

Now check the Itemization of the FERT.  Here we see very clear the multilevel stuff

Raw Materials: We see here the 10$ used to produce the HALB material

The cost of the fert is 3978 is the same in the Itemization and in the CCS!

Wish this clarify the multilevel concept!

PS. I create the example very fast (25 minutes), so i made the mistake of set the Machine hours in the CCS 20 Labor/Setup, but i dont worry about it.

I sincerely appreciate your attitude of helping the friends. Understood. But in the thread this is not happening I think. I will try to make you understand in my next comment.

Any ways thanks a ton???? Coz in the weekend you worked for me.