Migration to Analysis for Office / BEx 70

one of the big hurdles that customers face before converting from BEx Workbooks to Analysis Workbooks is the effort needed to migrate many workbooks as the standard options only allow us to go one workbook at a time. All the repetitive tasks for each one of the converted Workbook also increases the hurdle to go for Analysis for Office. SAP Consulting has now come up with automatic tools to reduce the manual effort in migration projects.

One of the tools allows to to migrate all BEx Workbooks in specific roles to Analysis Workbooks: 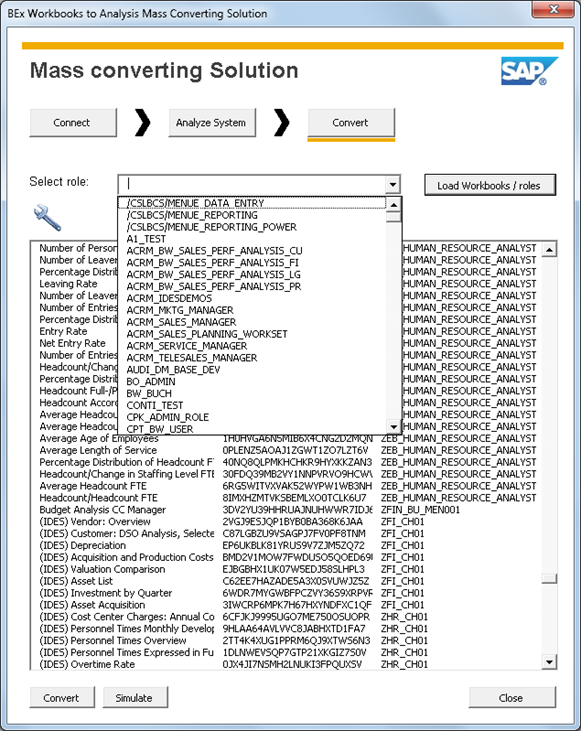 You can also configure the tool to do repetitive tasks, like saving all workbooks with a specific Prefix/Suffix, saving the Workbook to the original role or to another one, or also convert the BEx Navigation Pane to Analysis formulas: 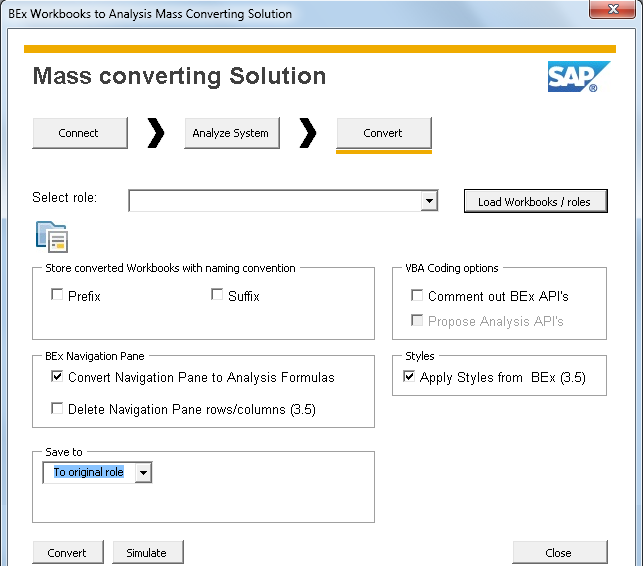 I believe with all this settings the migration is less error prone and of course it reduces the amount of manual effort involved in a migration project. Why do I say “reduce” and not “eliminate”? Well because there can be very complex workbooks with VBA Code for example that require manual intervention.

Other areas of mass migration include the BEx Query Migration, which contains an application log and makes backups of your 3.5 queries, which is very handy in order to recognize problematic queries:

And the BEx Workbook (from 3.5 to 7.X) migration, which also has a nice a detailed log of what was done: 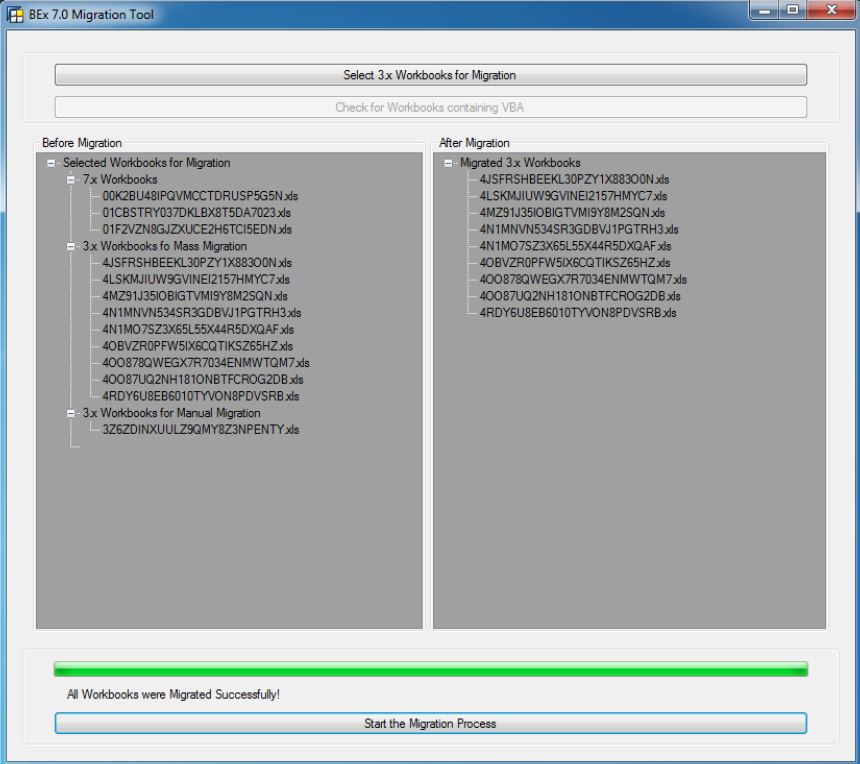 This tools are very interesting for customers that are still on BEx 3.5 because starting with SAP NetWeaver BW 7.4, the BEx 3.5 tools will not be supported any more.

do we need to engage and pay SAP CONSULTING FOR licenses ?

Yes, you would need to engage with SAP Consulting.

Thanks for the information.Can you please let me know where we can download this tool.

We are planning to conver 7.4 to Analysis 2.0. Will this tool help?

Any documents would help us.

Would like to understand what do you mean by

Do you have a Example of how it is converted and what is the Look and Feel of it??

Your reply will be greatly appreciated.

A newer version of this tool to convert BEx 7.x workbooks to AO 2.x. is available please refer to the link for more details - https://blogs.sap.com/2017/07/12/automated-mass-migrationconvertion-of-bex-workbook-to-ao-2.x/