Last week we hosted the second SAP CodeJam Sofia around SAP HANA Cloud Platform. This time it was organized together with University Alliances and designed especially for university students. On the cloudy afternoon of May 15th in the SAP Labs Bulgaria office we welcomed around 20 students from Sofia University and Technical University Sofia eager to learn and find out about what other meanings of the word “cloud” exist.

We started off with a welcome message from Radoslav Nikolov, Managing Director of the Lab. Rado briefly talked about SAP and SAP Labs Bulgaria in particular – the history, the products, the expertise and the opportunities ahead. 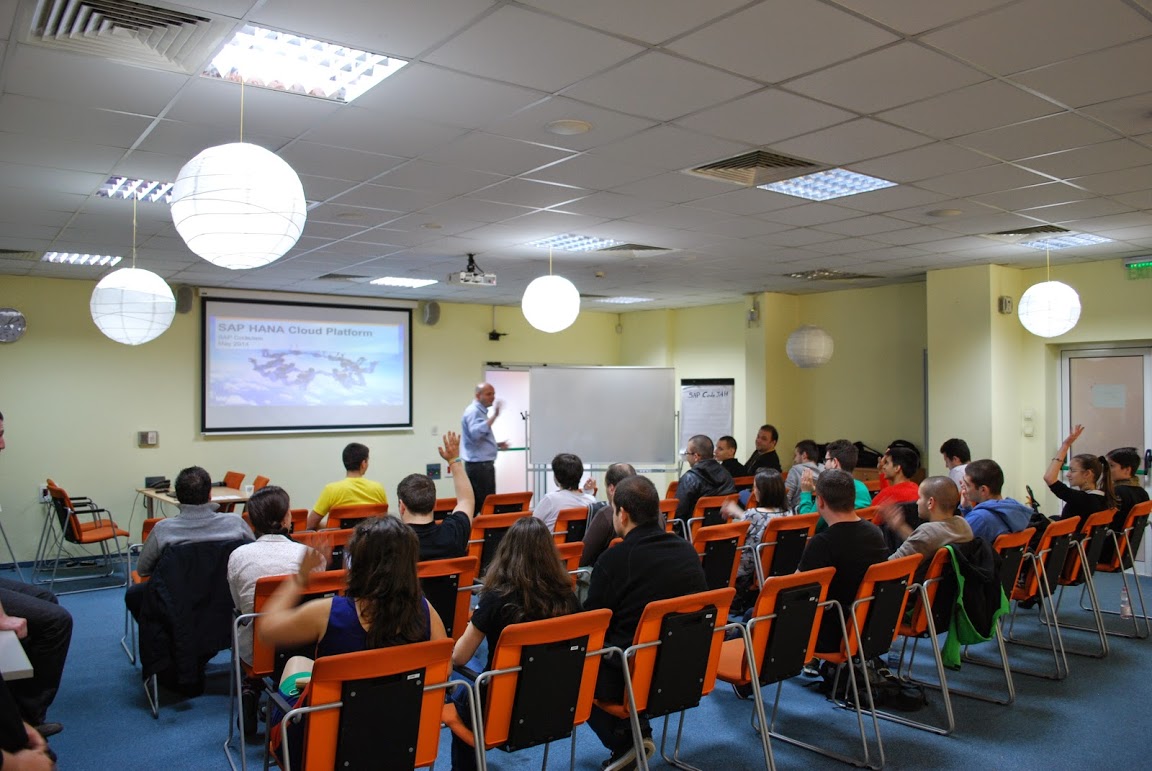 Then I presented an overview of SAP HANA Cloud Platform and how it could be useful to our young talented guests. And I also used the chance to make a small ad for the upcoming openSAP courses, which makes me think we should actively advertise it at the various university courses and events we conduct. Next was Ivan Ivanov who demoed the Forge add-on for HCP by developing a skeleton of an app (actually a fully functional one) within 15 minutes. It consisted of two JPA entities, EJB CRUD facade and JSF UI, and was deployed to the HCP trial account again using the Forge add-on. 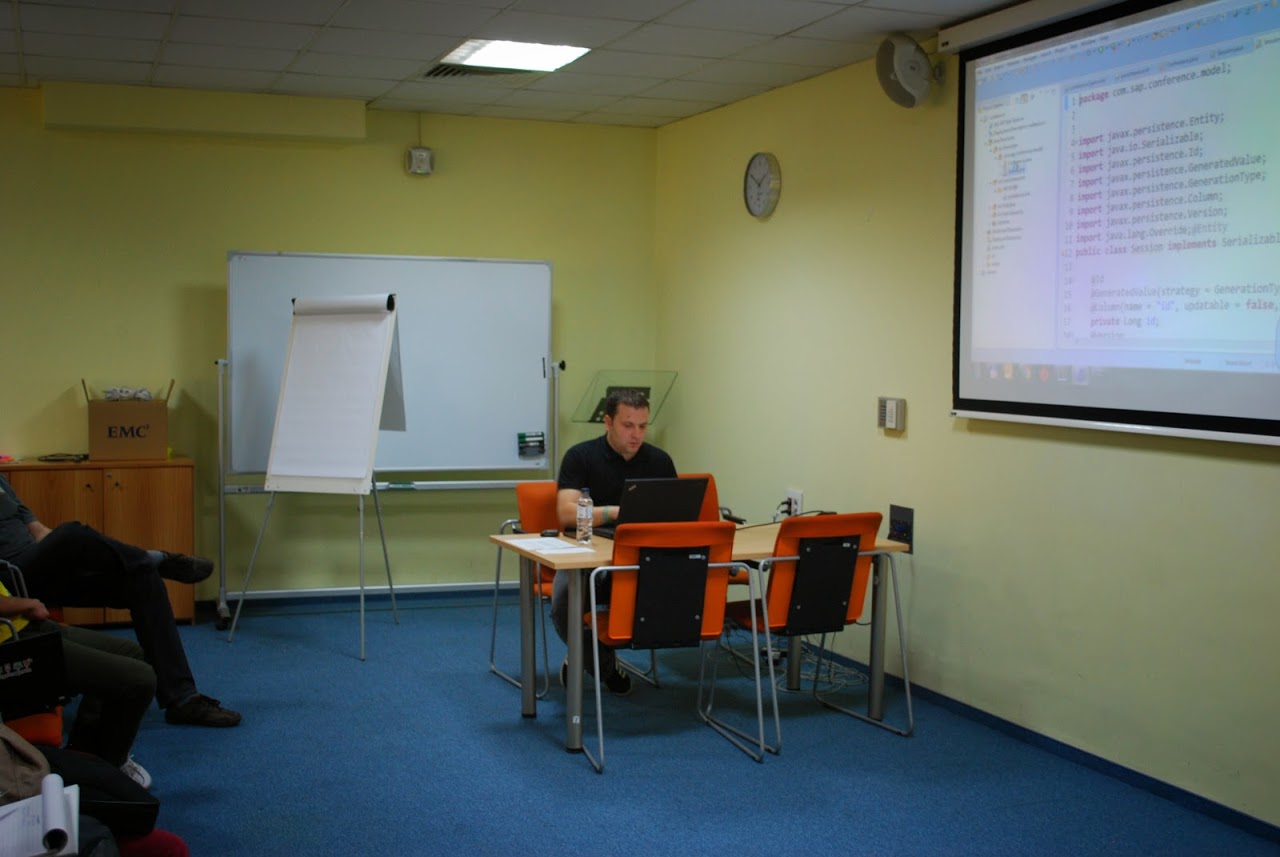 The last demo was done by Yordan Pavlov who presented the Dirigible Cloud Toolkit and also developed a small app from scratch – from the entities up to the JavaScript UI. 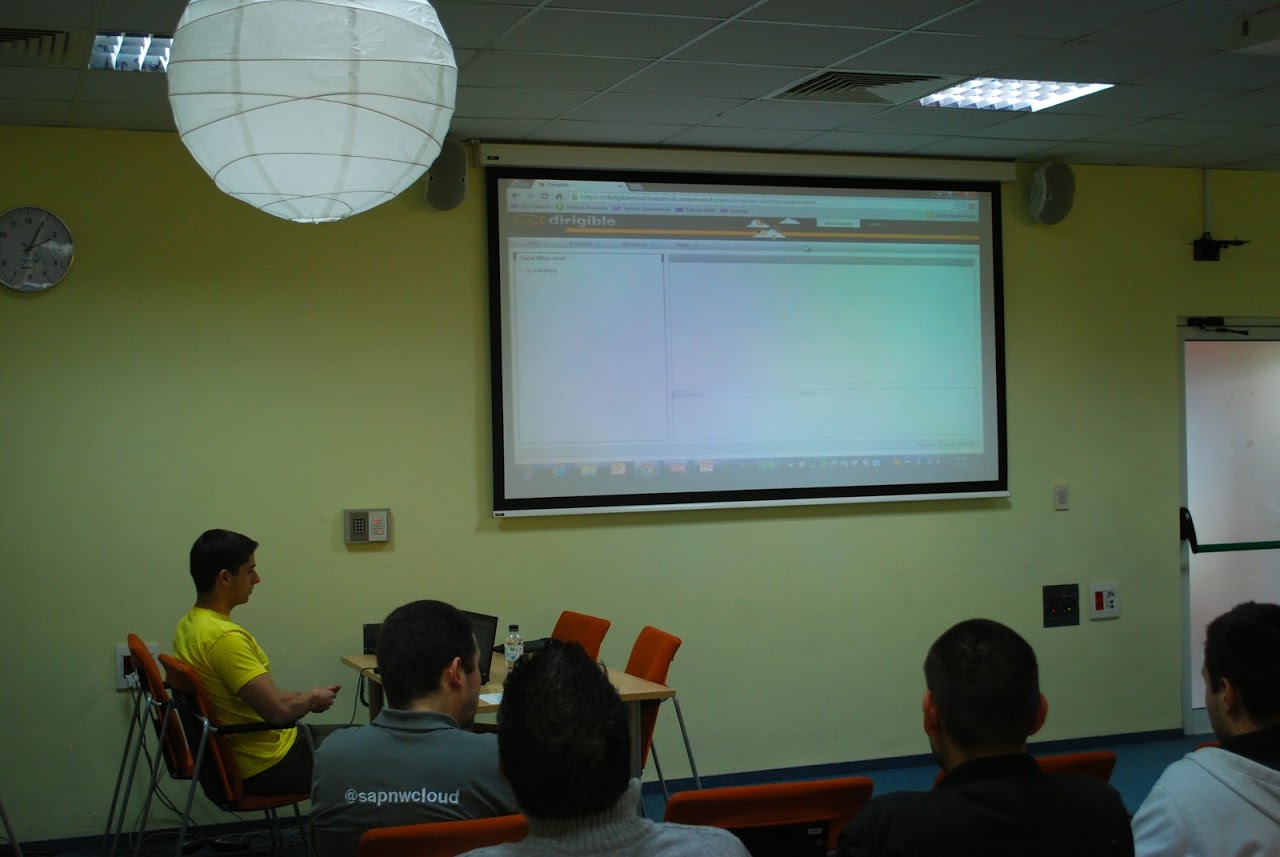 And then it came time for the real jamming. I was pleasantly surprised to find out that almost all students had passed through the preparation steps that we had sent them in advance – including creating an HCP developer account, downloading and installing the tools, and some had even created and run their first HelloWorld app on the cloud. I’m saying that because from previous CodeJam experiences it mostly has been that only a couple of people had done this beforehand and the majority had to go through it during the event which of course wasted some part of their time.

So this is where we started off and then it was up to each participant to try for themselves what they wanted. Some seemed to have liked the Forge demo and went into this direction. Others started playing with the samples and tutorials from the documentation, and modifying and extending them for the scenarios they had in mind. 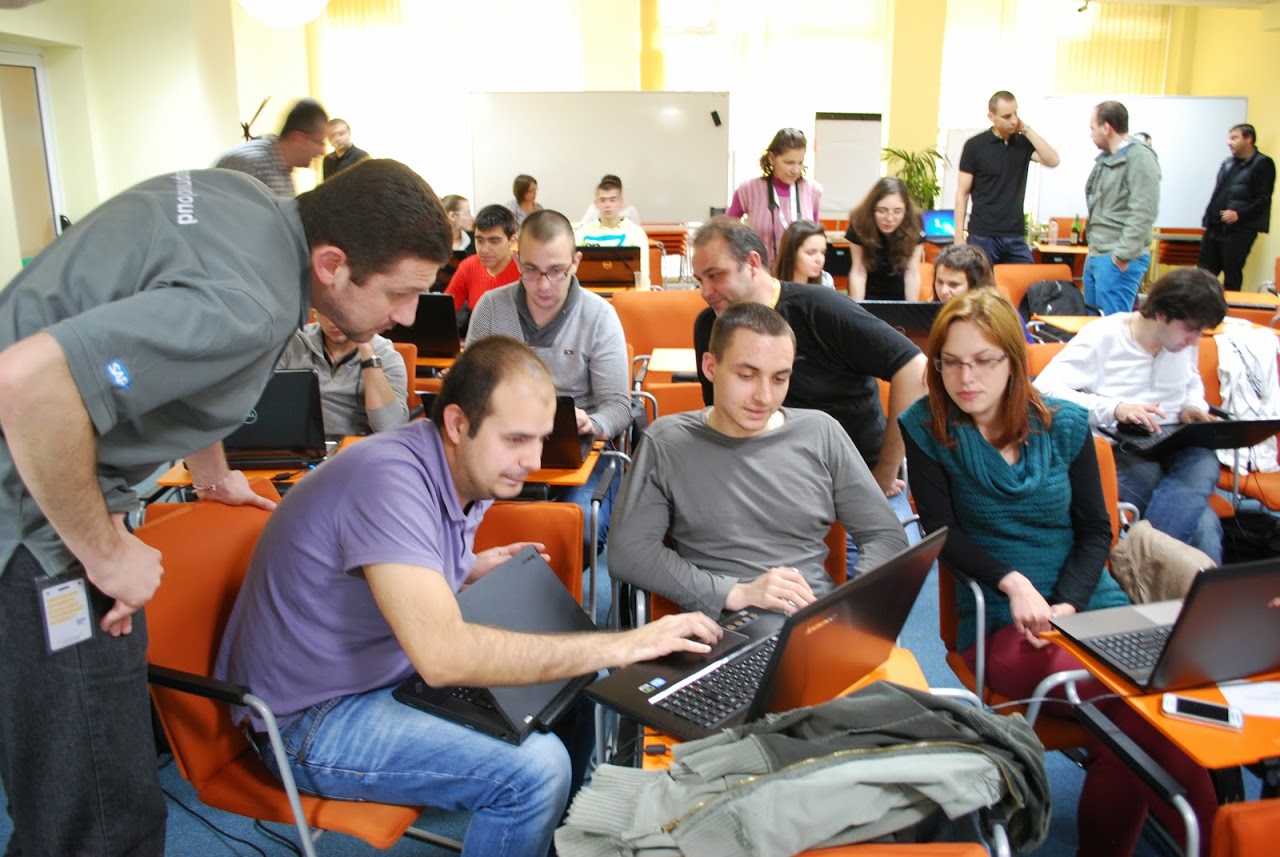 Another good thing was that most of them had some idea for an app they wanted to realize. Some even had an existing desktop app with a MySQL DB and decided to try and see what it would look like to migrate and run it in the cloud. So they reverse engineered the DB schema with Forge which generated the JPA entities for them and then went on with moving the business logic and doing the UI parts. Pretty cool on-premise to cloud migration project, isn’t it? 😉 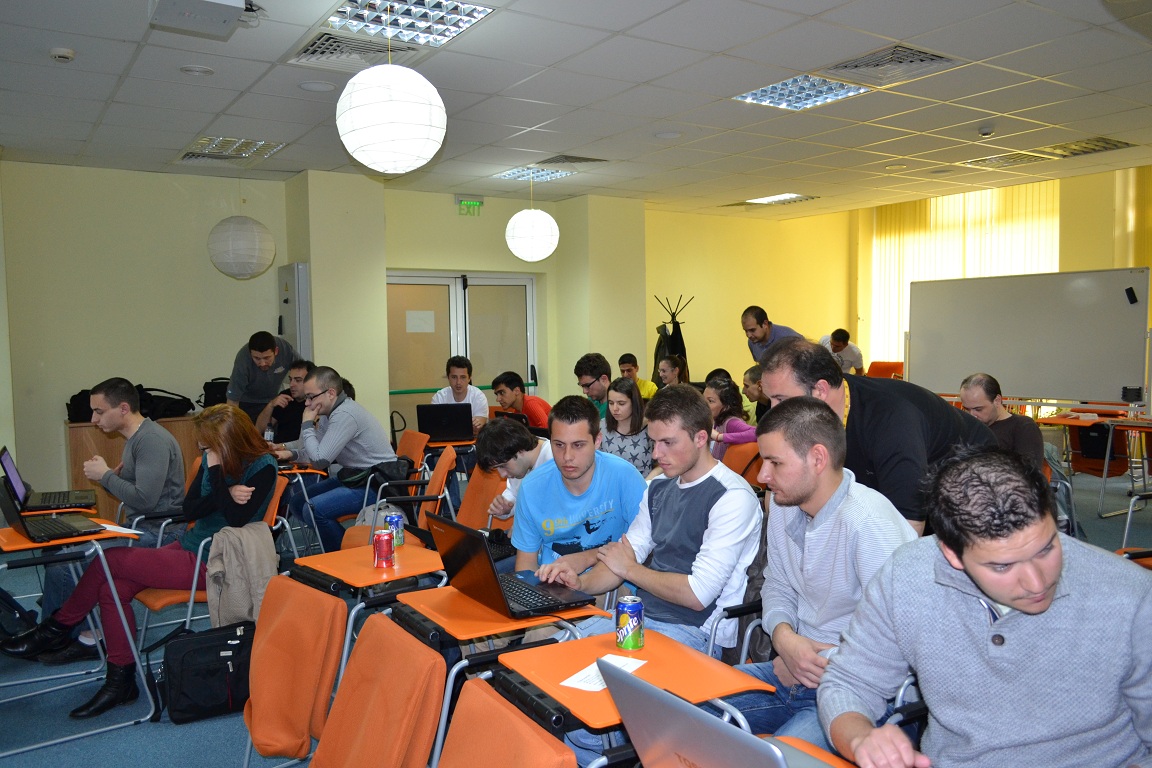 At the end of the day, everybody has developed the app they wanted or at least a part of it which was running on the cloud, and the general feedback was that they found it really useful and fun and would definitely continue playing and learning about the platform after the event. Till next time – keep jamming the Cloud!

It was a great event!

I was kindly surprised by the students that brings some really fresh ideas and pretty nice implementations.

Sounds like you were able to host yet another great SAP CodeJam event in Sofia Vladi!

Keep up the great work!!!