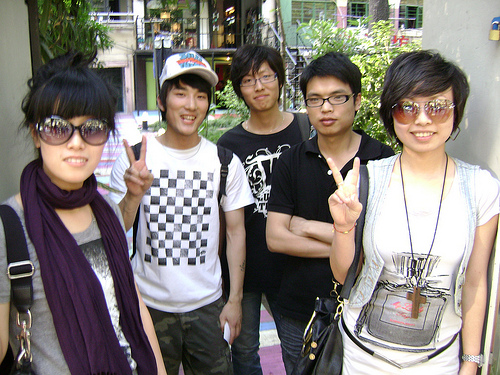 On my way back from visiting my hometown of Beijing, I was excited to read the news coverage in The Wall Street Journal on the impending Alibaba IPO. For those who may not have heard of Alibaba, it is China’s largest ecommerce company. After going public, Alibaba will be one of the most valuable tech companies in the world. Alibaba’s recent IPO might have much of its success as a result of the nation’s digital natives.

We are all familiar with definitions of the Baby Boomer, Gen X, Millennials and Digital Natives in America. In China so much social and economical change happens within just a decade, that people usually refer to the generations as the 70s, 80s and 90s. In light of this unique cultural “generations” demographic, Alibaba will certainly not be the last company cultivated from a generational scope. Looking into the perspectives that are attributed to each generation, what do you think the future holds for digitally connected companies in China?

Starting with my generation as a “70er,” I grew up in the 70s with a fairly traditional education. During my middle school years, owning a TV at home was still much envied among my classmates. Communications were exclusive to the phone and writing physical letters. Most of us didn’t know what a personal computer looked like until college. Now almost 20 years into the work life, majority of us are more than sufficient when using digital technologies like WeChat, Google Hangouts or on-line shopping. But never the less, we didn’t grow up with them and this insinuates my generation’s ability adapt to new technology.

A 80er is an in-between generation. Computers had just made their way into high schools and colleges during this time, however use of cell phones and mobile technologies were still non-existent. While 80ers were early adopters of personal computers, many of them found it a bit challenging to transition to an almost all-encompassing online world.

A 90er is definitely the most “tech savvy” generation. Communicating via E-mails became ubiquitous in their time. They also witnessed in real-time, the transformation of the Internet from a simply a communication platform to a lucrative ecommerce platform. This was just the beginning, as the Internet branched into areas of powerful online gaming and self-promotion, all within a decade.

Currently we are living amongst a brand new generation, the digital. Comparable to what America refers to as the “Millennial,” or “Generation Y” group, the “00er” is anyone who was born after the year 2000. This generation understands and utilizes the power of Internet natively. These are the high-school kids who leisurely publish 10 Weibo (Weibo is the equivalent of Twitter in US) messages during the subway ride home from school, and have multiple WeChat windows open, while listening to the latest top singles on their digital phone. They have mastered digital multi-tasking. They are the generation who probably doesn’t know how to retrieve a voice mail from a traditional land line because their only point of reference derives from their mobile devices. It would be interesting to see what kind of social changes they bring to the work place when they graduate from college. What effect will their perspective have on companies like Alibaba, whose foundation relies on e-commerce and a digitally connected customer base?

Are you familiar with the digital generations in China? Do you have a story you would like to share?