In the SAP HANA Academy’s first tutorial video for our Indian Premier Twenty20 Cricket demo, Tahir Hussain Babar gives an overview of how we load data we receive from Opta Sports into SAP HANA for consumption by various SAP Business Intelligence tools. The data, in the form of XML files (which consist of nested relational data on a ball-by-ball basis) are sent every minute to an FTP server which we host on a Windows box. Bob explains the file format, definition of the data, and the filename structure. Then Bob details a sample data fields we get from Opta. Bob finishes off by showing how he uses an XML to DTD convertor file to transform the XML files into Data Type Definition (DTD) files, which will then be used by SAP Data Services to extract, transform, and load the XML files to SAP HANA. 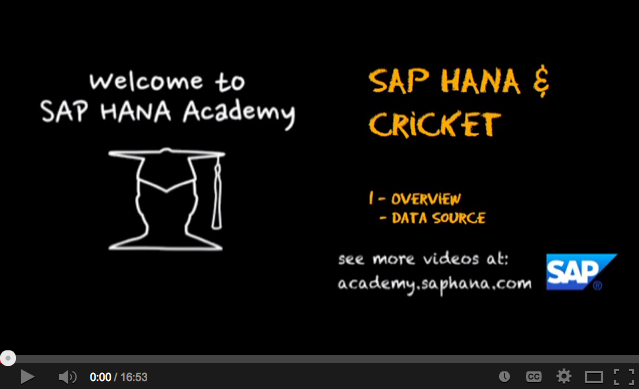 After the ball-by-ball match data has been loaded into SAP HANA we can create insight-laden visualizations in SAP Lumira and SAP Crystal Reports to preview this afternoon’s clash between two potential playoff teams. In the 39th match of the 2014 Indian Premier Twenty20 tournament the 5th place Sunrisers Hyderabad will host the table topping Kings XI Punjab.

Using SAP Lumira’s intuitive interface we can quickly visualize the percentage of each team’s batting runs that individual batsman have scored this season. First, we filter the season for 2014 and the batting team name for Sunrisers Hyderabad and Kings XI Punjab. Next, we create a pair of pie charts by trellising out for batting team and then choosing batting runs as a measure for pie sector and bowler name as the dimension for the legend color. The massive purple sector of the Kings XI’s pie chart belongs to Glenn Maxwell. Maxwell’s 474 runs is the highest total in the league and since the opening week of the tournament Punjab’s Australian has had the honor of wearing the Orange Cap. David Warner, in yellow, and Aaron Finch, in blue, are the Sunrisers’ top run-getters as they have scored 297 and 263 runs respectively.

By switching to a horizontal line chart and inserting all runs for the X-axis, batting team name for the Y-axis, and boundary for the legend color we can depict the percentage of runs each team has scored via boundaries. Punjab has scored an incredible and league leading 60.1 percent of their 1,597 runs from boundaries. The Kings XI have scored 968 runs via boundaries by striking 152 fours and mauling 60 maximums. Meanwhile, their opposition, the Sunrisers, have smashed the least amount of boundaries throughout the tournament, as Hyderabad has only scored 47.2 percent of their runs from boundaries. As a team, the Sunrisers have only sent 93 balls to the rope and soared deliveries over the barrier on only 36 occasions.

In the first clash between these sides this season a few weeks ago in Sharjah, Glenn Maxwell electrified the UAE crowd by scoring 95 runs on only 43 balls for a destructive strike-rate of 220.93. With SAP Crystal Reports we can create a wagon wheel that shows the trajectory and distance of each of the 32 run scoring shots Maxwell struck. The Australian right-handed all-rounder mauled seven of his nine maximums to the left and only once, yet very effectively, employed a reverse sweep shot. 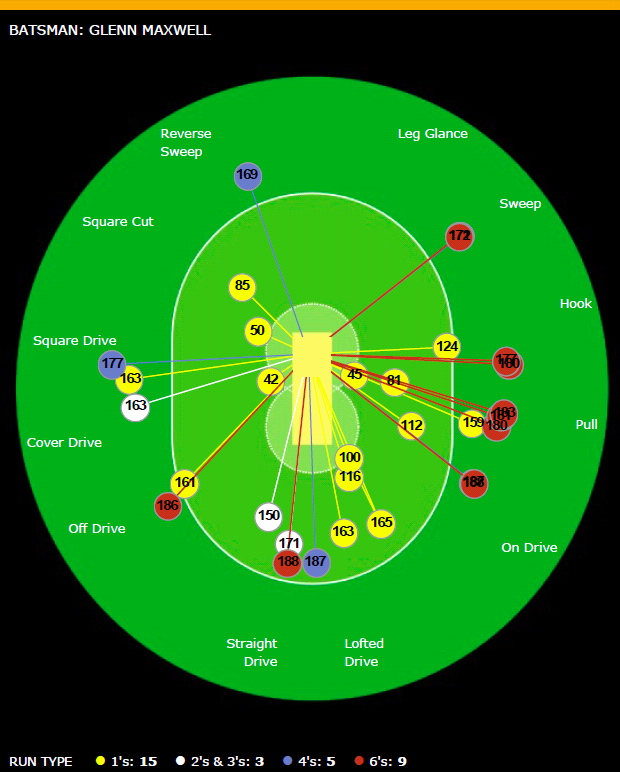 Hyderabad’s attack is lead by arguably the tournament’s most effective bowler, Bhuvneshwar Kumar. Kumar has posted an amazing economy of 5.46 during the 35.3 overs he has bowled, which is the third best for all bowlers in the league and easily the best economy for any bowler who have delivered more than 10 overs worth of balls. By connecting SAP Crystal Reports to our data in SAP HANA we can create a graphic that shows Kumar’s economy for every combination of different delivery lines and lengths and compared this to the strike rate of probably the most potent batsman he will likely face this afternoon, Glenn Maxwell. Kumar has a few sweet bowling spots including middle stump and off stump length balls. Maxwell has been exceptionally red-hot facing nearly every combination of deliveries, except for middle stump yorkers. Kumar’s middle stump yorkers have been quite efficient this season, as he has posted a 5.00 economy when tossing those balls. Maybe the Sunrisers’ ace bowler will seek to scalp the destructive Kings XI batsman with some timely middle stump yorkers? 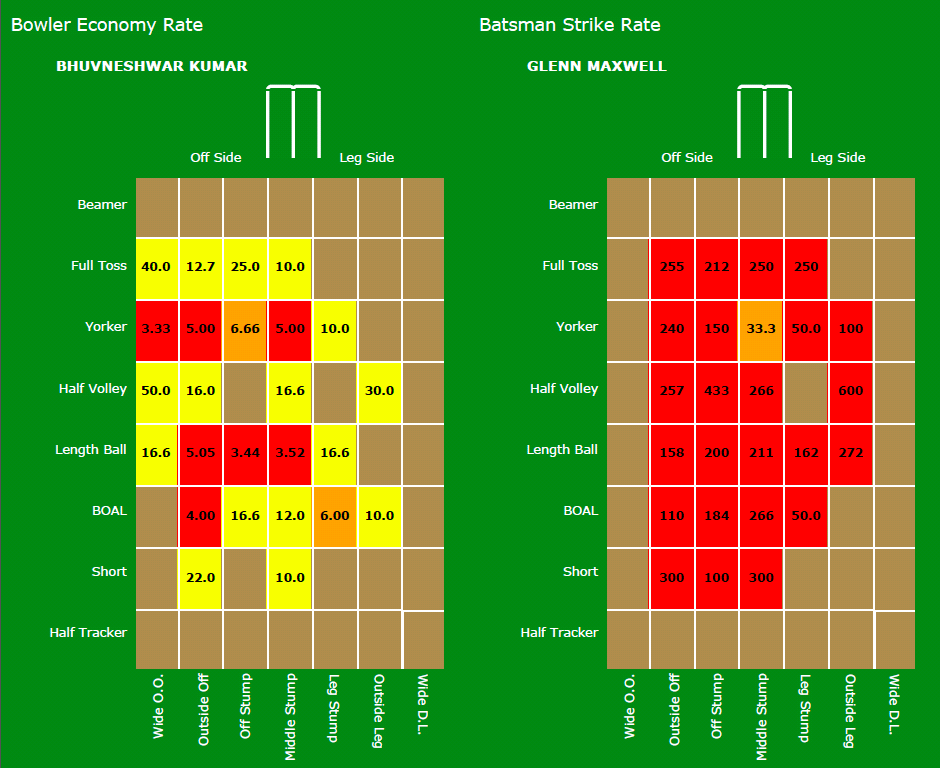 Can Kumar contain Maxwell to earn the Sunrisers a vital pair of points?