Internet of Things Goes “Mission Critical:” What does it mean for SAP and Customers? 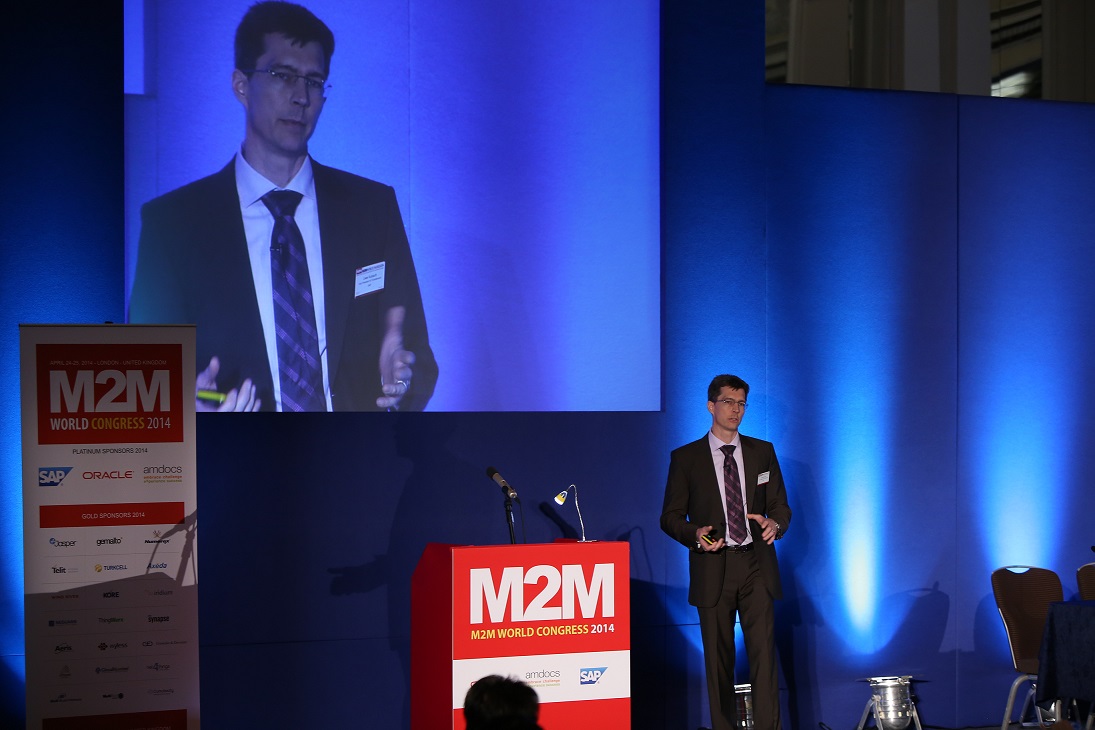 Signaling SAP’s serious involvement in the Internet of Things (IoT) space, SAP joined many prominent industry players for the M2M World Congress 2014 that took place on April 24-25 in London.

On day two of the conference, SAP’s Dr. Uwe Kubach, Vice President Internet of Things Enablement, delivered a keynote titled “The Internet of Things as Enabler for Next Generation Enterprise Applications” and participated in a panel discussion later in the day.

Think the age of IoT has not yet arrived? Consider that according to the Economist Intelligence Unit (EIU), 12-50 billion devices will be connected to the Internet by 2020 and within that same timeframe, Gartner predicts a 40-50% compound annual growth rate (CAGR) for the Internet of Things (IoT) market. But SAP isn’t waiting for 2020.

Together with a global development team led by Uwe, SAP is extending our SAP HANA technology platform to support IoT, which includes providing capabilities for device management and application enablement.

Later in an interview about his keynote, Uwe underscored that “the technology is now mature enough to build real mission-critical business applications on top of this technology.”

Uwe went on to elaborate some concrete things this means for customers. The real-time transparency provided by IoT about what’s going on in the real world helps customers optimize their business process. When customers know about real-time inventory, for example, they can optimize the replenishment process.

Beyond the business process, Uwe signaled the potential advent of new business models “from product to service.” If, via IoT, manufacturers know much more about what is happening with products and how they are actually being used, in the future they can look forward to an opportunity to focus more on selling services than actual products.

Watch the interview with Uwe here:

You can expect a lot of activity ramping up in the IoT space across the spectrum of technology from devices to platforms to applications to disruptive new business models, processes, and enterprises. No industry should remain untouched and no opportunity unexamined. Stay tuned and watch this space or get in touch with us for more about how SAP will engage to help customers.