After following this document the data from the US Census quickfacts site can be shown on a custom US Counties Choropleth map in SAP Lumira. An example map is here. It is based on the free personal edition of SAP Lumira which can be downloaded for free from this page. 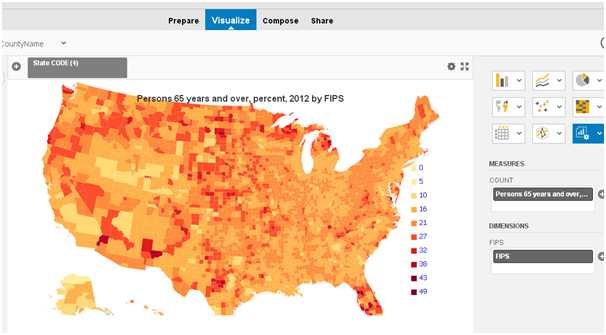 Looks similar but 1.28 allows individual grouped counties to be shown, as per the state of Florida below. 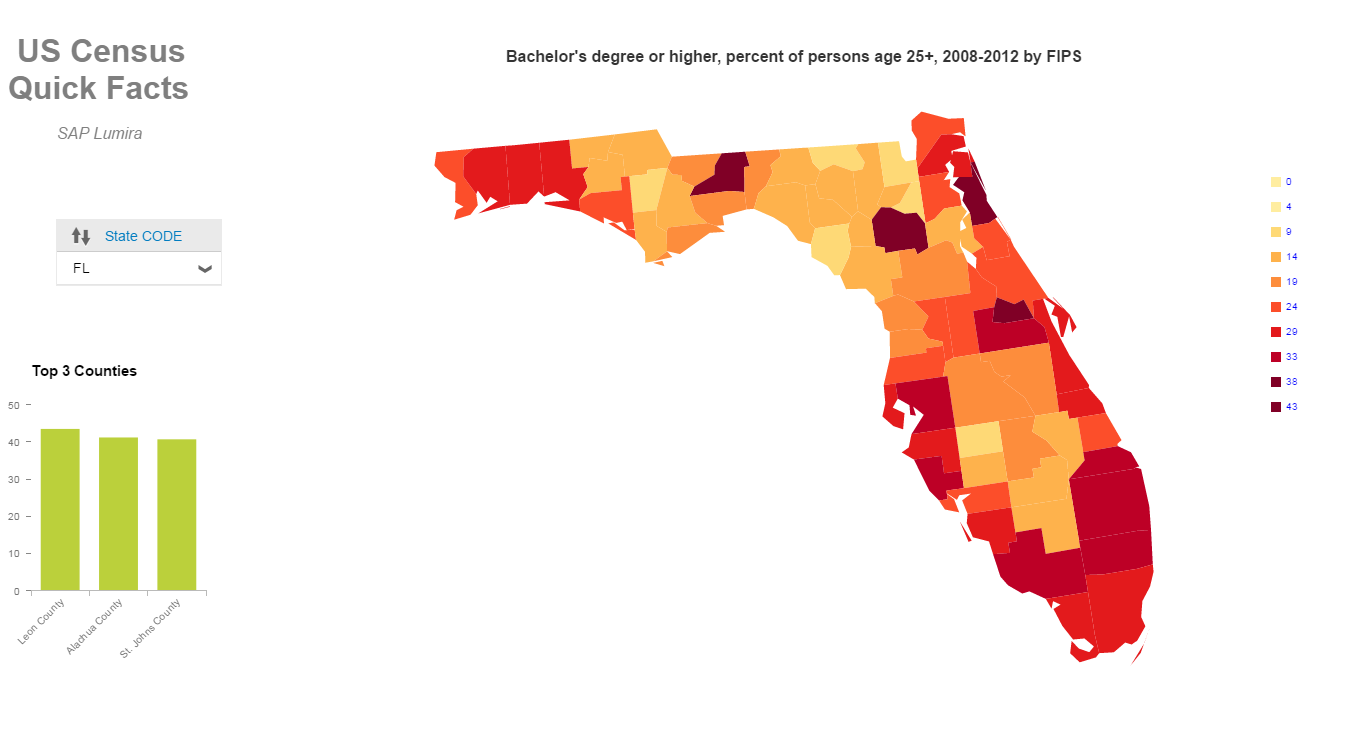 1.15 Extension – The custom US Counties map Lumira extension is based on the following

2) The custom US counties map is based on the same code found in a blog by Robert Russell (me:))  Custom Choropleth Maps with VizPacker

The custom topojson map of the US counties is based on an original county map found here  http://nationalatlas.gov/mld/countyp.html  No restrictions have been placed on the original US counties map

TOPOJSON was used to convert the map and simplify it.

Download the following files from the quickfacts census site

There is a requirement to convert the data into excel files. This is required to ensure that leading zeros are not dropped from the FIPS county codes.

On the quickfacts download page there is a description of how to format the data. Some screenshots are below to highlight the necessary steps for the FIPS data and variations found in loading the data.

1) Convert the DataSet.txt to an Excel format 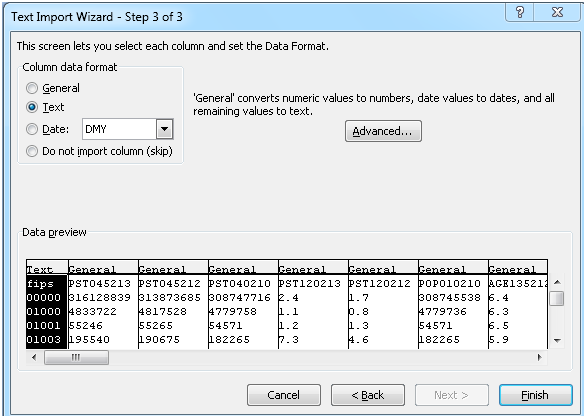 Essential to format the FIPS column as Text as this is to prevent the leading 0 being dropped from some of the county FIP codes.

Save as a new Excel file

2) Convert the DataDict.txt file to an Excel format

Following options taken when splitting the DataDict file which is different to how it is described on the download page. 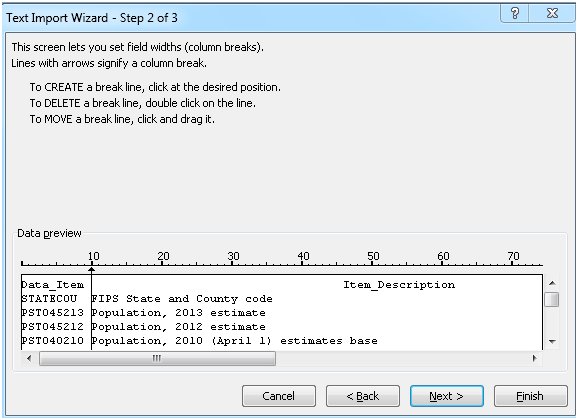 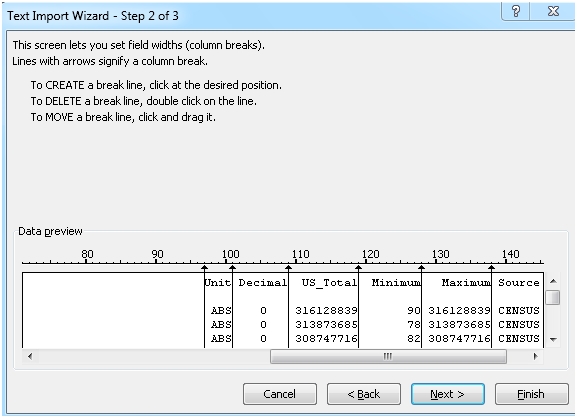 Save as a new Excel file

3) Convert the FIPS_CountyName.txt  file to an Excel format

Again it is important to load the FIPS data as follows 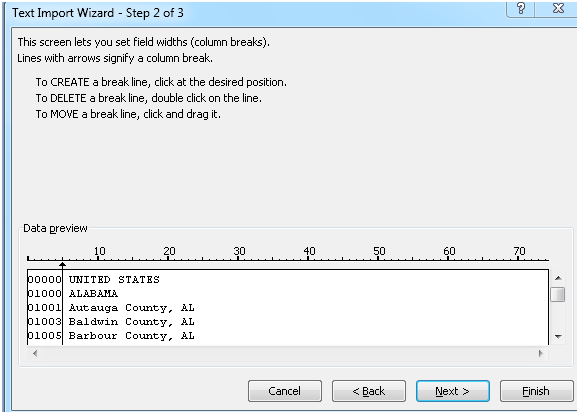 Essential to use Text as column name as shown. 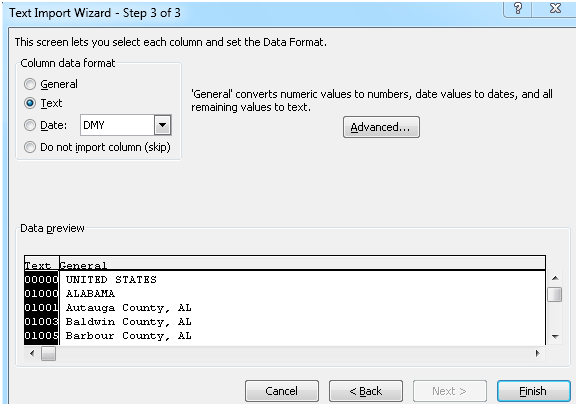 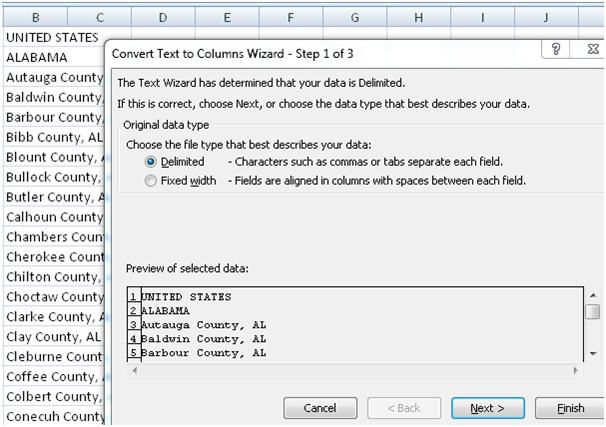 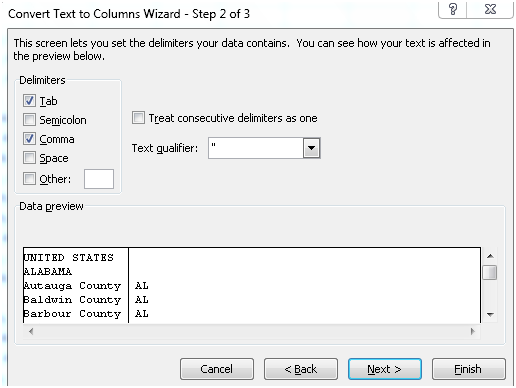 Save as new Excel file

Insert two rows at the top of the new Excel file DataSet.xslx

“Copy headings from DataDict to the top of the DataSet worksheet”

Save the DataSet.xslx file and the rest of the work is in Lumira.

Lumira will be used to add the county names as follows.

Load the FIPS_CountyName.xslx file and DataSet.xslx and take the option to merge the data.

The result should be a 100% match on the FIPS columns in both files. 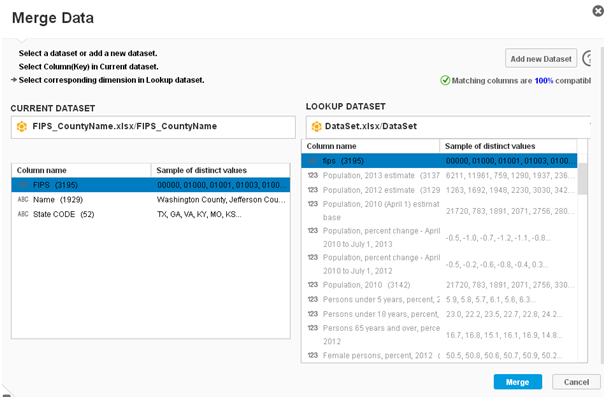 Add a filter to exclude the “blank” States in the State CODE column, so only US counties will be available in Lumira visualisations. 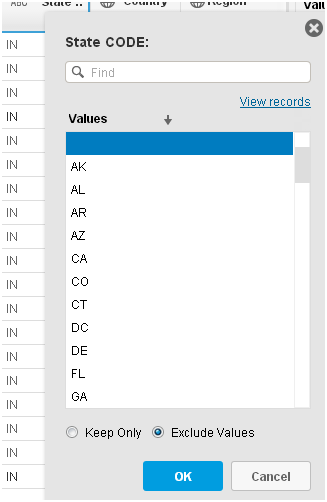 Select the Custom chart “US Counties – SCN demo”  as shown below.

Select Measure required and the FIPS dimension as per the example shown below.

*this is an SCN document so if it is of interest please feel free to adapt the steps if you find any issues. As it is a collaborative document I have left it open for changes. 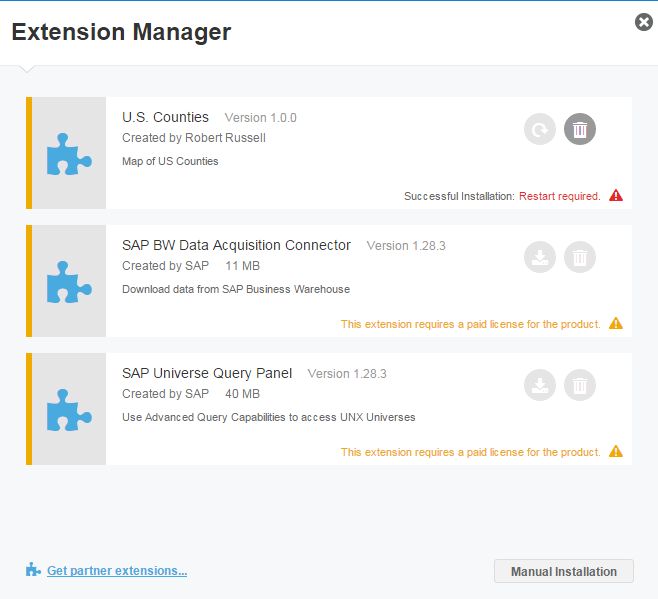