SAPPOV: A framework for spotting fraud in Latin America

The Latin American market is highly competitive market and full of challenges, but insurers who manage their environment can find opportunity and advantage 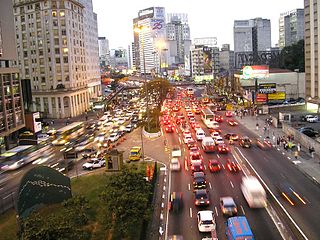 In the last couple of years, Latin America’s insurance market has outstripped overall economic growth in the region. The growth of small businesses, together with the modernization of infrastructure and industry are driving demand well above the rate of most other global regions. The consumer sector is showing significant growth too, as healthier economies are accompanied by a corresponding demand for insurance.

That’s not to say there are no challenges. Competition is high and penetration is low, while regulatory reform, inflation and volatility loom on the horizon of practically every economy. But chief among the things insurers can actively address do something about is fraud. In Latin America, it makes up an estimated 10% of ingress.

Let’s look at a hypothetical example. ‘Individuo A’ is a large segment company that’s active in automotive insurance in Latin America (one of the most exposed to fraud). It deals with about US$6bn of business per year. Considering a rate of fraud around 7%, that means Individuo A is losing US$420m every 12 months. But how?

Typically a fraud will occur during the claim notification process. Companies, anxious to improve customer satisfaction (and retain their customer), are under a lot of pressure to resolve matters quickly, so they rush the process. Simple human error means it’s easy to miss people massaging their claims and committing fraud.

Another reason a fraud might slip through the net is sheer weight of numbers. Given the ever-increasing amount of data that Individuo A has to deal with, sometimes there’s simply too much going on for it to process in real time. And if its staff do identify a potential fraud, often they simply get to it too late for it for recovery to be economical.

A third menace is fraud networks: agents colluding with friends or family to help them put through a high claim which is actually fake. This happens far more than you might think. Latin American companies are going through turbulent times, so policing fraud is a difficult thing to accomplish.

From where I sit, our customers want several things. First is to be able to manage high volumes of data as fast as possible so they can go through it and identify potential fraud while reducing claims leakage. Second is some sort of framework or set of rules to help them pick up fraud in time to do something about it.

Finally, perhaps most complex of all, they need help with patterns and predictive behavior. Fraudsters are quick to adapt their modus operandi when the heat is on, and if you shut them down one way, they immediately focus on finding another route to exploit, so understanding or anticipating future frauds is critical.

Insurers would benefit from making certain changes. Key among them is changing the way they evaluate policy-holders when taking on new risk, but there is also a need for a major collaboration between companies, interacting and exchanging information, sharing fraud patterns in order to prevent it.

At SAP, our fraud management solution means insurers can reduce the number of false positives by up to 90% and lower the cost of fraud detection by as much as 85%. For companies like Individuo A, this means a reduction in claims leakage, an improvement in quality of service and it frees up capacity to focus on customer centricity and other areas.