SAP CodeJam on February 25th and 26th at itelligence

On February 25th and 26th, the Customer Development department of itelligence AG hosted invited guests at the SAP CodeJam in Bielefeld. Development specialists from itelligence, and our customers as well, were given an opportunity to check out new SAP technologies at first hand. 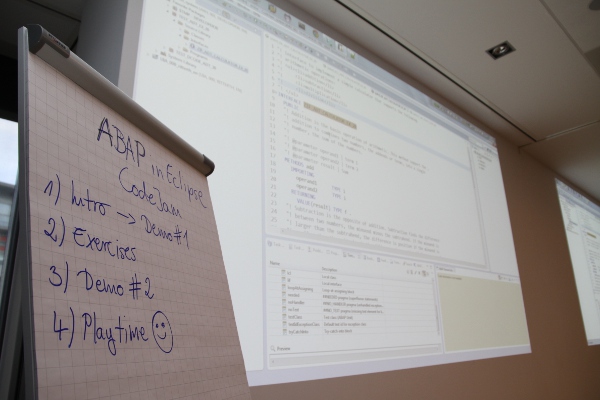 As a close SAP partner of long standing, itelligence AG is regularly to be found in the lead when it comes to integrating the newest technologies from SAP into its work and products. Thanks to good relations and contacts between itelligence and SAP, we benefit from a regular exchange of knowledge and feedback, the positive results of which ultimately accrue to our customers in the form of expertise and quality.

Nonetheless the SAP CodeJam was a special occasion, even for us. As an event created by developers for other developers, it brought together people who all speak the same language. Instead of long marketing talks, the participants heard exactly what they were interested in knowing about factors related to their current and future work, in a casual atmosphere. Thanks to the three developers from SAP who were present, all questions were answered quickly and authoritatively, and feedback was taken directly. 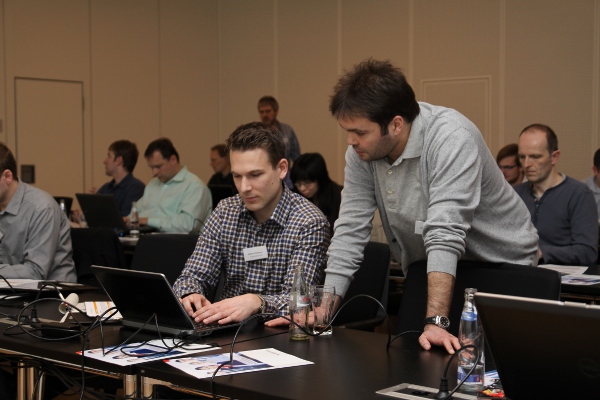 February 25th was fully dedicated to the subject of ABAP Development Tools for SAP NetWeaver, or “ABAP in Eclipse”. After the past few years of development, the development environment has become much more than simply a solid and viable alternative to the ABAP Workbench. Thanks to Quick-Fix and the expanded code completion, with a bit of practice one can now work with Eclipse faster than ever. New features, and those introduced in the future, will be produced exclusively for the new environment. The exercise tasks also reflected our daily work in part: the orientation was to efficient analysis of problems via multiple paths, and equally rapid solutions. 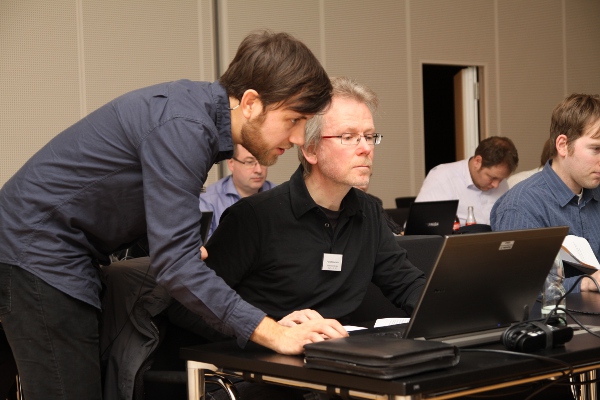 On February 26th the subject was ABAP for SAP HANA. Both familiar tools and new tools for Performance Analysis were introduced and given test runs. Exercise tasks enabled us to get acquainted with the new Data Definition Language – which is new to ABAP developers – as a part of the so-called Core Data Services. 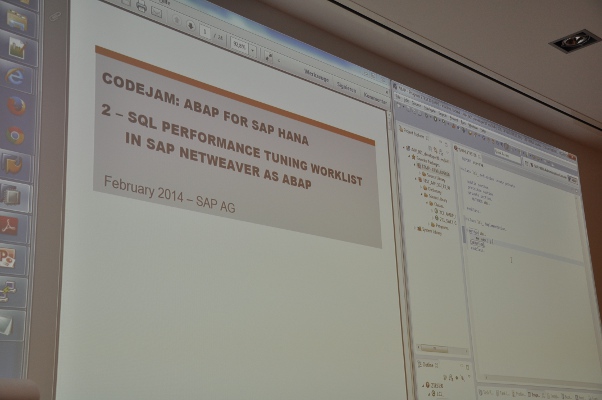 Other tasks as well, such as OPENSQL expansions and ABAP-managed Database Procedures (AMDP), were close to Coding and, without any beating around the bush, we got right down to business – as we developers preferred. There was no shortage of tasks; in fact there were more than enough. Thus, thanks to integrated solutions, the participants were able to carry on after the CodeJam had officially ended. 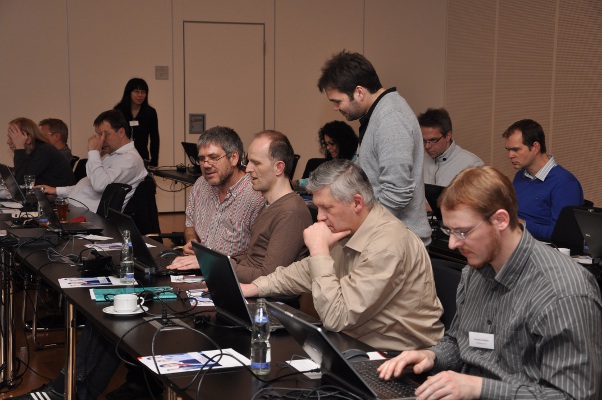 In summary, we see the event as a complete success. Everyone learned something new and was able to get a glimpse into the very near future. Furthermore, developer meetings are a good means of building a network of our own; and last but not least, it was a lot of fun. Our thanks go to SAP and all of the participants, and we look forward to the next event. There will certainly be another SAP CodeJam here at itelligence.