Matt Littrell is a veteran of the United States Marine Corps who has served two deployments in Iraq and he’s now in the process of crossing the entire country from coast to coast on horseback.

How and why did he come up with the idea of accomplishing this incredible feat? Matt found that working with horses helped him make the transition back to civilian life after his service. “The horses have been a very important part of how I became how I am now.” Matt adopted a mustang named Crow who’s helped inspire him to make the trek on behalf of his fellow veterans who are experiencing challenges with returning to the workforce and life in general after their military service.

So on May 1, 2014, Littrell began his half year trek riding on two mustangs from Camp Lejeune in North Carolina to Camp Pendleton in California. Matt hopes to raise millions for the Semper Fi Fund, a non-profit helping veteran’s transition successfully to civilian life. His goal is to raise awareness while raising funds to assist wounded and struggling service members and their families. 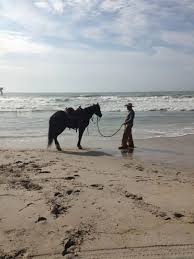 Veterans returning to the civilian workforce have proven leadership and technical skills sought after by the business world as highlighted in this news feature. For example, to acknowledge the outstanding contributions of the US military, SAP has a program in place called Veterans to Work that offers career placement for US veterans. SAP is the world’s leading provider of enterprise software and their program is providing training scholarships and IT certification to veterans to help them acquire the skills necessary to be successful in today’s competitive workforce.

SAP COO Diane Fanelli conceived the program and said the company is doing its best to get the word out.

“We communicate through all forms of outreach, and have found that the military and government channels dedicated to assisting veterans have been important in connecting with them. We spread the word through outreach to government organizations like Department of Veterans Affairs, Department of Labor, military career transition groups from all the services,and the National Guard. We attend major conferences and gatherings where veteran issues are discussed, and also collaborate with relevant nonprofits and educational institutions. In addition we use social media, PSA’s on radio stations in the Washington, D.C. area, and sponsor and participate in Hire Our Heroes Job Fairs throughout the country”.

Matt Littrell is one such hero who knows firsthand how perilous the road for returning veterans who are seeking a fulltime job can be; “What I’m calling the whole deal is the Long Trail Home, and it is,” Littrell said. “Coming back, transitioning and rejoining society and getting right with yourself again; it’s a long, long, hard trail.”

Here’s a recent post that Matt made on his Facebook page:
“I’m lying in my bed (tarp) beside a dying campfire under a blanket of stars 20 feet away from my horses. I cannot remember being this much at peace in a long time. The philosopher Augustus McCrae once said “it’s not about where you die, it’s about where you live”. I believe that we are truly living! I believe again in the goodness of people and I wholeheartedly believe in the mission and that we will succeed. The only things we have are carried by Roy but we feel like the richest men on the face of the earth due to all of you. Goodnight.”

There’s a saying from the realm of self-actualization that says, “What a person can be they must be”. Returning US veterans can take heart in the fact that there are companies and individuals like Matt Littrell that value them immensely and are certain that they can contribute in amazing ways to our future.

You can track Matt’s journey on his Facebook page.

Great blog, Darren! I've also read that dogs can be very therapeutic to veterans returned to the states.