I have heard from customers that connecting to SQL Anywhereover JDBC can be difficult at times.  In my investigations of this, I have found that this is almost always due to confusion over the classname to use to register the JDBC driver, and the URL’s to use to actually connect to the database.  In stepping back, I can see how people might easily get confused based on the history of the JDBC driver.  Here is my attempt to clarify things by following the history of the driver, starting with SQL Anywhere version 9.

Before I go into detail on the history of the SQL Anywhere JDBC driver, here is a table which explains classpath settings, jar files required, driver name URLs and sample connection URLs.

That concludes our history lesson. Confused yet?

Can we have an update for SQL Anywhere 17?

The only difference is the driver name, which is now:

I found it looking the jar from netbeans...

The driver should be part of SQL Anywhere's installation. Also there is a tool called deploy to windows which lets you create a package with everything you need to deploy to the client. You may find a link in SQL Anywhere xx\Administration Tools.

This is a screenshot. 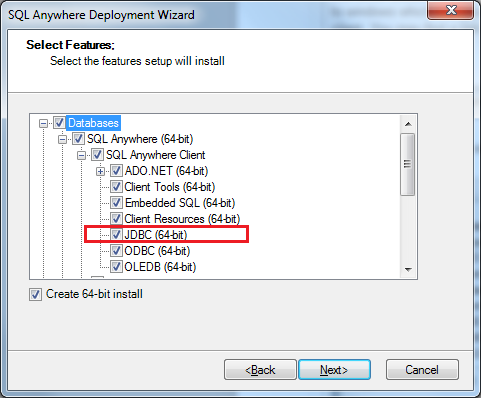 I am trying to use the native driver on OS X 10.11.5 but I am not successful till now. I made one step further since entering the new driver name you mention, i. e. sap.jdbc4.sqlanywhere.IDriver.

You say the dbjdbc12.dll (libdbjdbc17.dylib on OS X). I put this file at the same location as the sajdbc4.jar file. Also placed the other files mentioned here:

to the same place. Still doesn't work. I get the error:

Could it be that the lib... files are still at the wrong place? Where should they be on OS X?

Hi Robert,
Sorry for the delay in responding.  I am not sure what could be happening- I admittedly not a Mac user at all.  All I can suggest is that you validate that you have configured things correctly.

If that doesn't help, you might have better luck posting your question on the SQL Anywhere Forum to get more eyes on it.

I have been receiving this for for JConnect driver.But it is working with jdbc4. Please update in this regard.

I've read your above article. Where should I write the drive class name?

Below is the print screen of the class path? it coreect ?

I am trying to connect my database to sap lumira for BI application, which require the JDBC driver for my database...Until now, I have not success in connecting them..

Thank you very much...Really appreciate that. 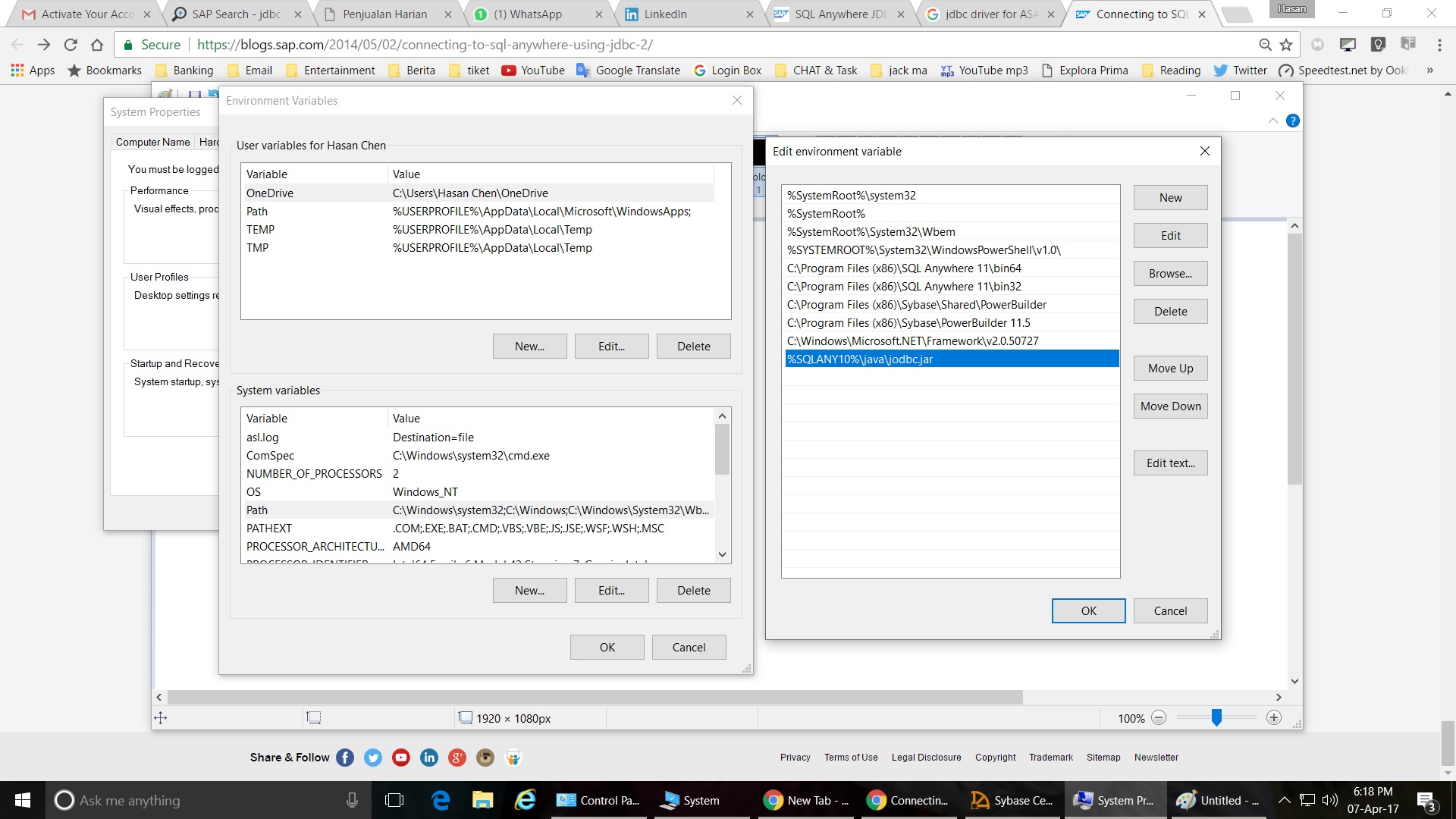 In the Add Dataset wizard for Lumira, SQL Anywhere is included as a datasource.  Just use that - it may be a newer version of the driver, but newer SQL Anywhere JDBC drivers should be able to connect to older database servers.

Where do you put server information in the connection strings?

Use the "ServerName" connection parameter.

You can find the list of connection parameters here .

How can we specify the Charset used for JDBC Connection.

Is it to be specified somewhere in parameters or JDBC configuration in .sbo file under URL Format parameter.

hello, where do I get the drive sajdbc4.jar  ?

It comes as part of the SQL Anywhere software, downloadable from the SAP software downloads if you have the entitlement, or you can get the driver from the free developer edition download:

Am trying to connect to SAP IQ using the SDI Camel Adapter. I tried both jconnect and sajdbc4.jar (sql anywhere) to connect but am getting some errors.

Looks like with jconn4 I was connecting to the db but running into an issue with retrieving the schema/db.

Anyone successful in connecting to SAP IQ with SDI?  BTW, I was able to connect to IQ with SDA/ODBC driver.

I have problems connecting to a database (hsabiso2.db) via KNIME. The database is on a server in our network. For example, if I use access with Windows ODBC to connect to the database and its tables, from my (client) PC, this works without problems (I have admin rights).

I have Integrated  the driver sap. jdbc4. sqlanywhere. IDriver in the KNIME Database, because in KNIME Windows ODBC data sources is no longer supported out of the box.

But I don’t know the correct parameterization of the database URL “jdbc: sqlanywhere: .. .”
I copied (and renamed) the database locally on my PC and tried that, but it doesn’t work with KNIME.
But with Access the access works here too.

I got two errors:

I would like to say to myself that I am an absolute beginner. There is no JAVA knowledge, not even in SQL.

I hope I was able to explain the problem reasonably understandably.

I would suggest you post your question to the SQLAnywhere forum.  This is a great place to ask questions, with many more experts who can help.