We’re all familiar with the obvious reasons why the U.S. has shifted and out-sourced so many of its manufacturing resources overseas. But two recent reports really made me re-think the changing dynamics of the global supply chain. 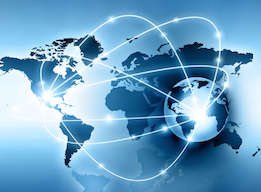 On April 25th the Boston Consulting Group announced a new Cost-Competitiveness Index that highlighted that when it comes to manufacturing costs, “Mexico Is less expensive than China, the UK Is the low-cost manufacturer of Western Europe, and many emerging markets known for low costs are no longer cheaper than the U.S.

The study highlights that economies such as China, Brazil and Russia, traditionally regarded as “low cost” manufacturers, have seen their cost
advantages erode significantly since 2004. The erosion has been driven through a sharp wage increases, slow productivity growth, unfavorable currency swings, and a dramatic rise in energy costs. As a result, China’s manufacturing cost advantage over the U.S. has shrunk to less than 5 percent.

There are a growing number of companies considering restoring production back to the US from these previous low cost manufacturers to not only reduce risk and improve customer service, but shockingly, to reduce the overall supply chain costs due to savings in logistic costs. In fact, according to the survey by The Boston Consulting Group, “more than half of US manufacturing executives at companies with sales greater than $1 billion are planning or at least considering bringing back production to the U.S. from China”.

China soon to be the world’s largest economy

This week , a 2nd new report came out  from the International Comparison Program of the World Bank  indicating that China could surpass the U.S. as the world’s biggest economy as early as this year. This will be the 1st time since 1872 that the US will not be the global leader.  The report also indicates that India has jumped into third place ahead of Japan which continues to highlights the growing power of the BRIC regions with Brazil in 7th place and Russia in 6th.

So what does this all mean to our businesses and supply chains?

As our economies evolve, we can only expect to see increased globalization. As China and India move into 1 and 3 respectively in GDP, and the emerging middle classes in these countries continue to rise, we will continue to see a shift in the increase in demand  And as manufacturing costs are shifting, and the benefits of outsourcing to “low cost” manufacturing countries start to diminish, I expect to see more near- shoring
to be closer to the end customer (See blog: The emergence of the demand network)..

The key is to have the tools and processes in place to respond to these changes, mitigate the supply chain risks and maximize the opportunities. Leading supply chain executives are realizing that they require entirely new supply chain processes that leverage the latest technology platforms to enable real-time decision making and visibility to drive predictive demand planning and responsive orchestration of global manufacturing and logistics.

So, whether China is the new US, or even US the new China, to use a famous Chinese proverb “When the winds of change blow, some people build walls and others build windmills”.

Be ready to respond to the change.