I want to sign for a Premiership football club – which team?

I’m 37 years old now and have played football on and off all of my life.  I started playing for my junior school side when I was 10 years old and then played throughout my school time and on until a teenager.  I took a break for a few years due to a dodgy knee injury but have been playing again pretty regularly over the past couple of years.  I’ve played for school sides, with friends and spent a couple of seasons playing for a non-league amateur team based out of a local pub.  I’ve won some competitions in that time and have some medals to confirm my ability and accomplishments.

I have experience playing 5-a-side, 7-a-side and of course full 11-a-side and have covered a number of positions.  My main position is central defence as I am quite tall and a solid player able to stand up to opposing forwards, however I am also good when playing on the left wing, where my ability to play with both left and right feet enables me to sidestep fullbacks and deliver searching balls into the box for forwards.  I grew up just around the corner from Steven Gerrard, who now captains Liverpool FC and can see he’s made a pretty decent career out of playing football.  I know he learnt some programming with BBC computers when at school as I have friends who went to the same school as him but he decided football was a better career path.  I’m now wondering if I have made the right decision.

After 16.5 years within the IT industry, I’ve noticed Premier League footballers seem to get paid really well and they are always moving around clubs.  Lots of new players appear in the English leagues all of the time so I’m thinking now would be a good time for me to move into Premiership football.  I have doubts though about which club I should play for?

Can anyone advise me which club I should apply to?  Do you know if there is a special academy or training centre I can attend that will get me a footballing provision certificate and let me interview with some Premiership sides?  What about my experience, do you think it allows me to get a trial with someone like Liverpool or Manchester United or would I be better aiming to speak to some Division 1 teams first to get some experience on my CV, then hopefully move up to a Premiership team soon after?

I’m really doubting what I should do about this and hope all the experts here can give me some guidance and advice. 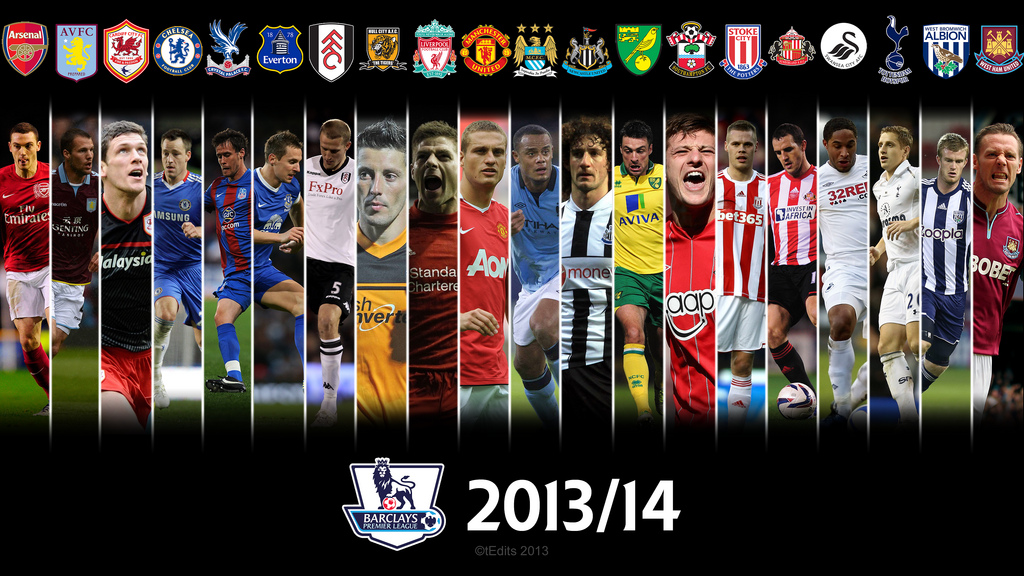 Ahem…  I’ll take the tongue out of my cheek now and get back to my normal, marginally more serious tone.  The above fantasy discussion is of course all made up (well, I have actually played a lot of football, got some medals and did indeed grow up around the corner from Stevie-G although our mutual acquaintances have never confirmed or denied his prowess with BBC Basic…)

I’m trying to take a bit of a light-hearted view on so many of the postings we see here in the Career Centre on a daily basis.  So many people come on here basically saying something like “I’ve heard an SAP career is great and pays well, I’ve used SAP a bit and want a job as an SAP consultant – please tell me what that job should be and what area it should be in.”  Every now and then I’ll attempt to answer and tell the people asking these questions that no-one but yourself can make decisions on your own career.  Of course, people can offer advice (and many are happy to and will – there’s points at stake of course!) but it is just that – advice.  It is no substitute for doing your own research, your own reading and enhancing your own understanding of SAP (or indeed any other career path you may be thinking about) so that when you finally make a decision, it is 100% your own.

What happens if x number of years down the line you decide that you don’t really like your job as a SAP HANA Cloud Evangelist and you really wish you’d stuck to something with more promise, like the SAP Mobility Platform?  That user on SCN (HANA_IN_THE_CLOUD_RULES – a 43 year old ABAP programmer from Norfolk) who told you that’s what you should do was wrong.  Wow – now what?!

Do you come back to SCN and ask for further advice?

Ok, a different question to consider – do you post to BCN (the Breakfast Collaboration Network website) to help you decide what you should eat of a morning?  No, of course you don’t as it is a personal decision for you and you alone.

In short, take ownership of your own career and the decisions that form and guide it – the clue is in the “your” bit…  Don’t just think you should do something because it sounds good and others say they enjoy it.

Gareth – a 37 year old ex (rubbish) amateur footballer with 2 left feet and a red-card from last weekend for hitting a friend’s young son in the face with the ball (sorry Jack!)

Doens't the idea of a job where you get 5 or 6 million quid from a football club when they fire you due to poor performance sound like a jolly good idea?

If anyone knows where I can get one of those jobs please let me know and then form an orderly queue to take over from me in a few weeks time!

In the meantime, I have BI reports to be written which provide a challenge I can rise to and satisfaction when they are rolled out  🙂

Doens't the idea of a job where you get 5 or 6 million quid from a football club when they fire you due to poor performance sound like a jolly good idea?

Personally, I'd aim for something a bit more in line with my SAP skills and interests; perhaps leveraging a job with one of the breweries that use SAP into a position where I get paid to test the beer 🙂

Good thinking batman - wouldn't an ideal scenario be a chocolate brewery!  Am dizzy even thinking about it....

As it happens, I have a friend who owns a chocolate factory, setup in what previously had been a microbrewery.  I should recommend SAP to him!

Do stress the need for BI reporting and I am on board!

I loved your piece and see the humor in the spirit in which it was intended: a lighthearted attempt to use an analogy to make it clear that the job of "SAP Consultant" is not a first step, but is typically achieved after a rather lengthy journey. I enjoyed your post so much, my initial response was a continuation of the joke.

My wife pointed out to me, though, that for people at the beginning of their career journey, that my take might not be received in the lighthearted spirit in which it was intended, so I have replaced it with this instead. Your post made the point wonderfully and mine could be seen as piling on.

Anyway, I've been posting in the career section on and off for maybe a bit over two years and have collected a bunch of the frequently asked questions into one collection: SAP Career Blog Links. (Unfortunately I can't update it any more or your post would go on it.The account I used to create those links was associated with a customer from which I have since moved on. So I lost access. I have an account that is purely mine that I try to post from now, but THIS account also belongs to a customer, so I suppose I'll never learn. Heh.)

I'd like to amplify your final points, because they are quite important. Yes, some folks do get very fast starts into their SAP career right out of college (see Advice for Recent College Graduates (aka "Freshers") and How did you get your start in SAP?), but most took a longer route. If someone who has not yet begun their SAP career is posting on SCN and s/he has already graduated, those quick and easy routes are probably closed.

Does that mean there is no hope? Of course not! The majority of folks who have long term careers supporting SAP systems started long after graduation. Typically, they worked for a company for several years, learning the business and building credibility within the corporate structure. That company then bought SAP and their proven track record earned them a spot on the implementation team. I think our educational instututions do a particularly poor job educating folks about what to expect in terms of starting a corporate career. (See FAQ: Different Career Paths in SAP)

The thing that frustrates you and me are the questions from folks who clearly haven't done ANY research and seem to think that random posters on the internets can impart some magical bit of wisdom which will catapult them to a solid career as an SAP consultant. This is actually pretty similar to the wish fullfilment fantasy that some have that they'll be randomly "discovered" while shopping at a mall and become a rich and famous movie star. While it does happen: (Theres a famous story about Harrison Ford that he got his big break in show business when he was doing some carpentry work for George Lucas. While partially true, Mr. Ford had been struggling for many years prior to that break and probably would not have been considered without that prior experience, but I digress.). there are any number of professions you could name in which folks who don't understand the process of reaching the peak of that profession seem to assume that it happens by magic. (Movie Star, Rock Star, Best Selling Author, Professional Athelete, etc.)

In each of those cases as with SAP, while there are exceptions, the vast majority of folks who embark upon that career work for many, many years before they achieve success. Further, for every Star, there are hundreds, if not thousands, of folks who never achieve fortune or fame, but mearly get by making a decent, but not extravagent living. And for each of THOSE average folks, there are typically several folks who tried but never got the break they needed to be even moderately succesfful and had to find something else to do with their life. (i.e. Don't quit your day job! <-- an article unrelated to SAP, but which contains much of the same advice we typically give to folks who are just starting out. Interesting. )

So, to anyone who wants to start a career in SAP, I say: Please! Join us! It's a great career if you have the passion and are willing to take the long journey. For most, it is not an easy road, but there's lots of room on the path and we're happy to help fellow  travellers.

By all means, ask questions. We're all here to help. Share your experience with others. Try not to believe promises from folks who are trying to sell you something (Fraud Institutions, DOs & DON’Ts for SAP Career (Certification) on the basis of my on going journey from an Accountant to SAP FI Consultant., and My experiences with SAP Authorised Training Centers to name a few.)

Most of all, enjoy the journey! (Humor helps!)

Thank you again for  your delightful piece, Gareth!