Game of Drones: Why should Amazon have all the fun?

For the last few years, unmanned aerial vehicles (UAVs) have been developing beyond their association with airstrikes and surveillance. The US military has hacked helicopters to fly unmanned and haul food, fuel, medical supplies and more to remote bases. Small quadcopters and octocopters and are now affordable for enthusiasts and kids and can be made to do amazing things, so what does this technology mean for the consumer? 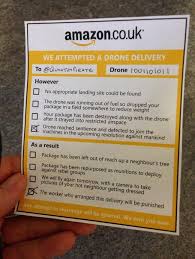 The online world exploded last year when Amazon announced “Prime Air”, its delivery drone service. Dreamers were quick to imagine a utopia where quadrotor UAVs zip from job to job; cynics were just as quick to point out that the publicity was perfectly timed for America’s biggest pre-Christmas online shopping day.

One thing it shows is the increasing muddying of the waters between virtual and real world services. Rival Netflix spoofed Prime Air with a with their ‘Drone 2 Home’ service (“we have spent literally days working out all the bugs”), interesting because both companies are seeing real world DVD deliveries take a back seat to streaming video. But even if Prime Air turns out to be the next hoverboard, the technology exists. So what’s the reality?

First is that while the jury on commercial drones is out until at least 2015 in the US, other countries are still pursuing the idea. That said, there are very good reasons we tend to only let people fly remote control planes in certain fields and parks – and they aren’t limited to noise pollution.

Drones will need to have some sort of in-built safety features, in the same way cars are designed for pedestrian safety. No one wants a drone delivery dropping in on their prize azaleas, let alone onto their cat, and the idea of a drone running out of batteries mid-flight and thumping to earth conjures up all sorts of grisly possibilities.

If we park the federal approval for now, one big conundrum that still needs to be solved is logistics, specifically route forecasting and real-time routing as well as highly sophisticated mapping system for consumers’ addresses – which has its own nest of problems on the corporate surveillance front. Companies will need to collaborate to bring costs down and keep efficiency up – and that will require some intensive real time data management.

What’s really exciting though, is that people are actually talking about it. And sure it needs perfecting, but regardless of whether Amazon or UPS don’t actually end up using it, or that the drones can’t deliver anything heavier than a few kilos, we’re still looking at a world where life-saving medicine or technologies can now be delivered safely and economically in a way they never could before.

One thing’s for sure, it’s not going to happen this year. Until it does, maybe you should just be content with the replacement for the selfie – the dronie – have you done yours yet?