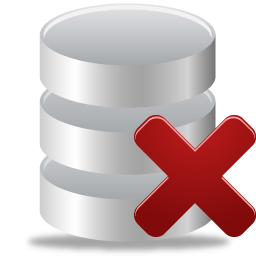 “Korrupte Block”
These German words started a revolution in SAP support back in 2008.
In English: ‘Corrupt Block’.

Backoffice had 24×7, follow the sun support.
A taskforce comprised of multiple departments.
Between Product and Solution Support.
Lengthy, formalized handovers from region to region.
Quick access to high management.

But.
All of this industry was the reserve of Premium Customers.
Only accessible with certain top tier support contracts.

Our German customer, with the “Korrupte Block” ,was not Premium.
Their business was down because their database was corrupted.
Our emergency Backoffice team was not present to lead recovery.
Things turned sour.

As it turns out, we too had a corrupt block.
An oversight.
A lack of understanding of what customers need from support.
When they most need support.

We started a new team, a fresh mission:
Business down is business down.
Regardless of support contract.

We set out to identify the top 10% most critical issues within all of SAP Support and to escalate these issues to our emergency Backoffice team.

We formed the “Priority 1 Control Center”.
Or P1CC.
But of course, this was never going to work.

Like all good SAP endeavors, we needed a 3 letter acronym!
So we changed the name to “Priority 1 Control”.
Or P1C.
And began to make global changes on how customers were supported through times that can break a business.

Some things we learned along the way about building support processes and making changes:

Existing systems and infrastrastructure didn’t give us the options that we needed.
Initially, a lot of manual work was involved.
We had to make iterative improvements to our internal systems.
Which took time.
Over that time, we had to find new ways of motivating a rotational team.

Our judgement was not always right.
There was a learning curve.
And plenty of internal voices that wanted to make sure we got that learning.
And got it good.

We were changing things.

Not everyone liked the change.

So we started off with a culture of iterative improvements.
An expectation that we would need to learn along the way.
We welcomed comments, emails and adjusted.

That culture, one of discovery, rather than defensive protectionism, saved us in the early days.

Be humble, seek feedback, recognize that your idea can always be refined.
Initial changes are never perfect changes

We found that every customer issue is critical to the customer.
We found new ways to classify, identify and resolve.

We found the right questions to ask.
That could only be asked as part of a conversation.

Who “wouda-thunk-it”!
That we needed to talk to our customers more?!
To make communication a two way street.

At a later time, these new ideas would send our measures of customer satisfaction through the roof.

3. Not everyone excels in a new, often ambivalent environment. Pick your team carefully

Not everyone is an entrepreneur.
Not everyone relishes vague goals.
Ambivalent circumstances.
Trying new things.
The risk.
The thrill.

Many will say ‘what’s so wrong with the way things are now?’
Why take the risk?
Theres no guaranteed reward!
Leaving a comfort zone can be uncomfortable!

Not everyone on your team will be motivated by the thrill of doing something new.
Very clear, very detailed communication is often needed.
To set the vision.
Direction.
Tone.
To ensure the needed support.

Even then, be prepared for some to walk away.

I’ve written here about the importance of a ‘steering team’.
A small band of ruffians who rally around to complement your skills.

Under these circumstances, leading by setting a vision, inspiring, is not always enough.
Many skills are needed.
Many skills you will not necessarily have.
Few matters are more important than your steering team.

4. “Resistance is futile.” Be prepared, many will still try

In 2008, we were reforming a legacy process.
Something that had been around for years.

Lots of ‘turf’ can form over those years.
Lots of things to be protected when that turf is stepped on.

We were also creating new ‘turf’.
That wasn’t controlled by those who wanted control.

But we had the support of some key allies.
Those who I would later think of as mentors.

We had visionaries, entrepreneurs.
And an outstanding boss.

Some good strategies are over here.

Most importantly.
Be prepared for the exploration.
The discovery.
The excitement.
The new ways that you will find to model around customer needs.
The satisfaction that you can change the ‘corrupt blocks’ and make a lasting difference.
And let that tone lead your team to success.

Thanks for this rare glimpse into the inner workings of SAP!!

Having been a change leader over here at Oracle, I can say that Change is NEVER easy!

You should use google to find Howard Schultz's memo he sent as the new CEO of Starbucks, also in 2007, another great example of managing change with the customer in mind.

Lots of ‘turf’ can form over those years.

It has been my experience that internal politics can be one of the biggest barriers to change and it sounds like you were making big changes here, giving all customers access to special processes that previously only the very elite had.

Good piece. A bit generic at times but as others mentioned, it is a good look inside SAP.

Really good, really like the style of your blog.

the personal touch makes all the difference.