Reflections on an SAP Event in the Land Up Over

Note: Thinking of Australia as “the land down under” is to propagate a misnomer. Although Australia is indeed the only full populated* continent to lie south of the equator, “down under” is just a perspective, as I recently learned while attending Mastering SAP Technologies.

* thanks to Robbo for yet another learning: I corrected my original statement which had me ignoring Antarctica (a cardinal sin)

After this, my first visit to Oz and to an SAP event there, I’ve come away further impressed with the quality of community participation, the innovative and “first mover (aka beta implementer) spirit” of the Aussies (pronounced Ozzies) and Kiwis (New Zealanders) that implement and work with new SAP Technology, often before most of the rest of us have even heard of it.

When Graham Robinson, known to many in SCN as “Robbo” , (or as blogger/analyst Dennis Howlett once called Graham “The man who does everything down here in Australia for the SAP Community”)  took the stage together with his cohort Russell the Robot and he set the tone for what was to be a number of days of SAP learning, fun and networking in Melbourne Australia . 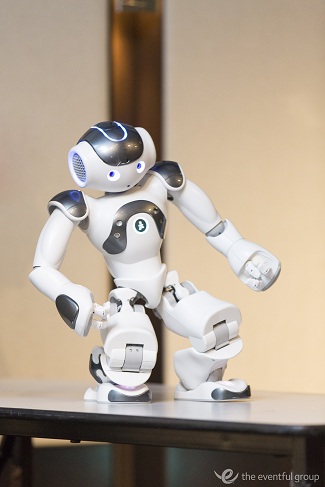 To be perfectly frank, I had come to the Mastering SAP Technologies and the SAP Inside Track Melbourne events with a wish list:

Each one of these bullet points could be the topic of a separate blog but I’ll try first to summarize some high level notes from keynotes of the event.

Bjoern Goerke SAP CIO and EVP of Global Cloud Delivery in his keynote of the event spoke of:

His talk sparked many questions. Among them: 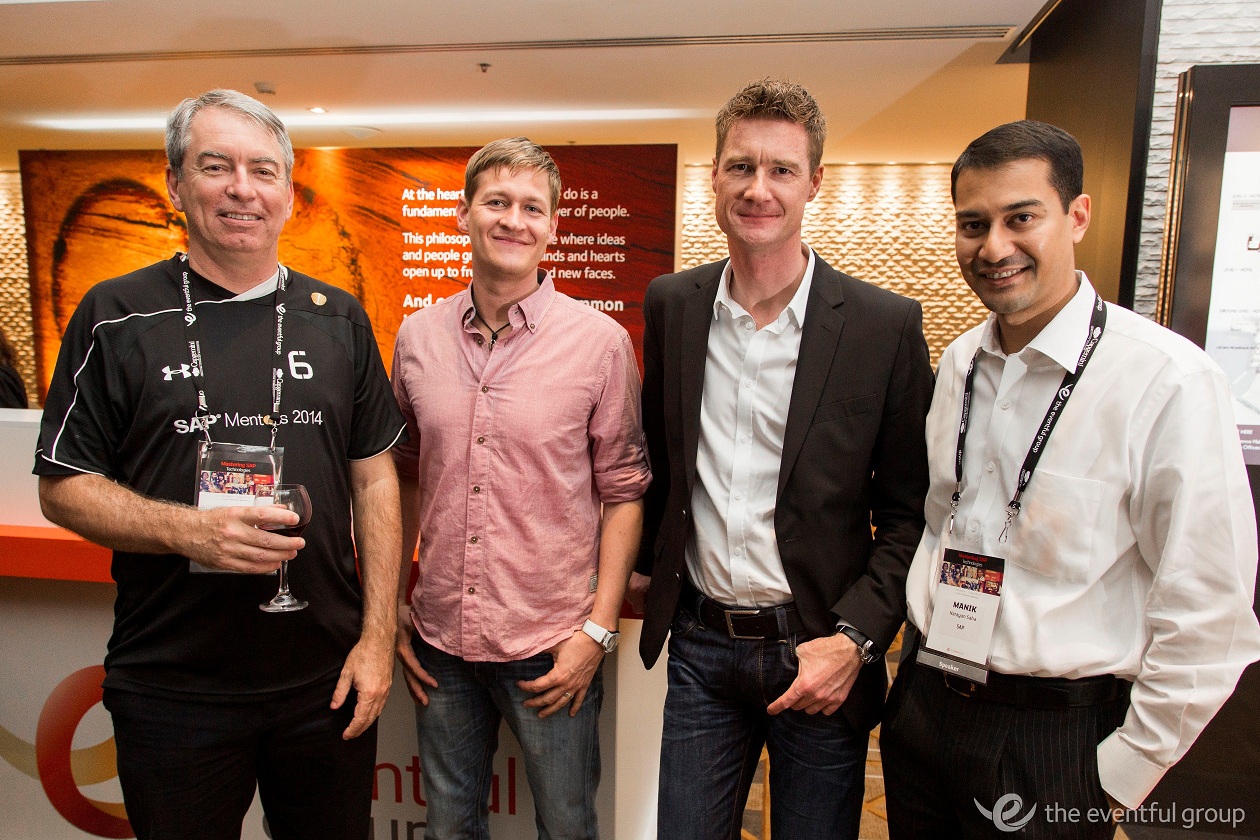 Manik Saha CIO of APJ spoke of the CIO’s role in the “networked economy” and how to succeed and thrive in a networked economy where real-time processes need real-time insights. From Manik I learned that “hyper-connected retail” is prototyped in Australia.  Manik also described the move in IT from building reports-> to consuming and discovering data, according to one’s own requirements. He highlighted learning and development as the foundations for success.

Sophie Sipsma provided the attendees with a number of hints to maximize the experience of attending the event.

She spoke of a roadmap to do so and explained that first one must “get out of one’s comfort zone”.

It was suggested attendees move from Experience & Information ->Reflection->Plans->Experimentation 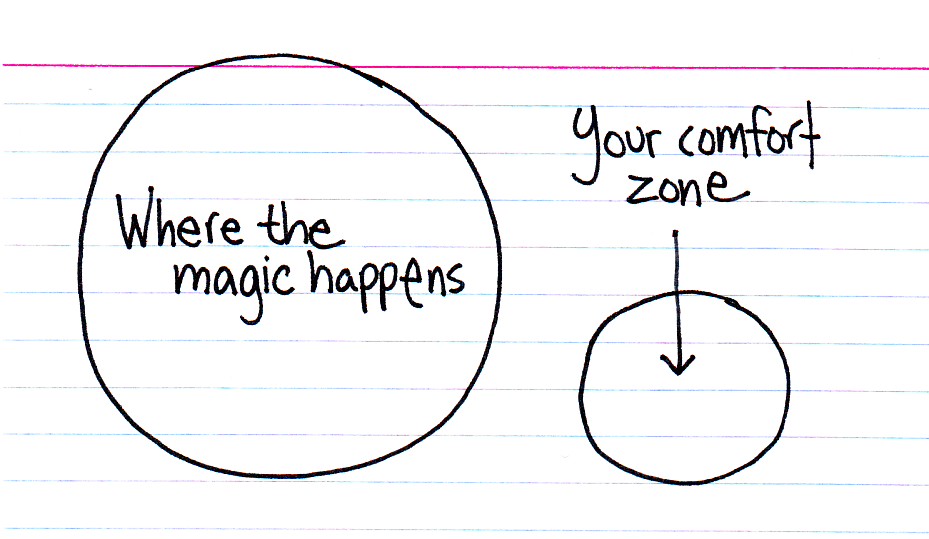 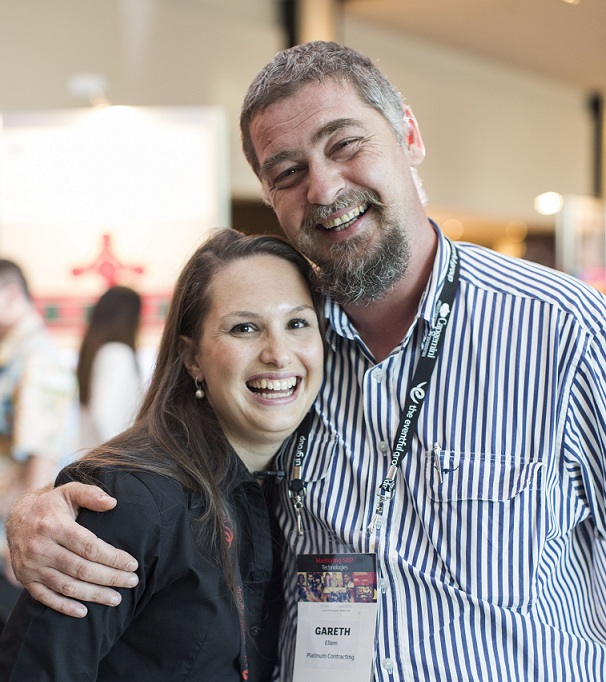 (Finally had the pleasure of meeting Gareth Ellem pictured here with Sophie Sipsma and am really eager for him to post a blog :-))

Not surprisingly, Jelena Perfiljeva had some of the most quoted “take-aways” in her soft-skills presentation: IT and Business: The Tough Love Story.

Her content generated a good deal of conversation and echoed themes heard both onstage and in the corridors. 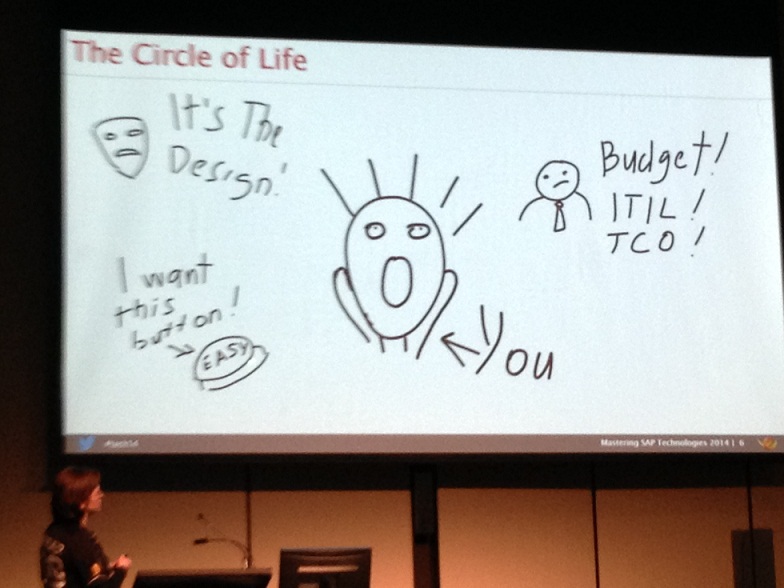 When Jelena was introduced during the Panel Session: “Is Inclusion a Competitive Business Advantage” she described a special skill of her’s as being:

The panel included: Matt Harding Brian O’Neill Jocelyn Dart and Jelena Perfiljeva moderated by myself. Each of us representing a different demographic, generation, culture, perspective, nationality, skill set, although attendees were predominately developers and techies.

It was interesting to note how attentive attendees were around the topic of upskilling and upscaling skills.  This was a lively conversation during the SAP Inside Track, Community Day where many suggestions were made as to the kind of knowledge people would most like to see more of on SCN as well as practical suggestions to upskill. 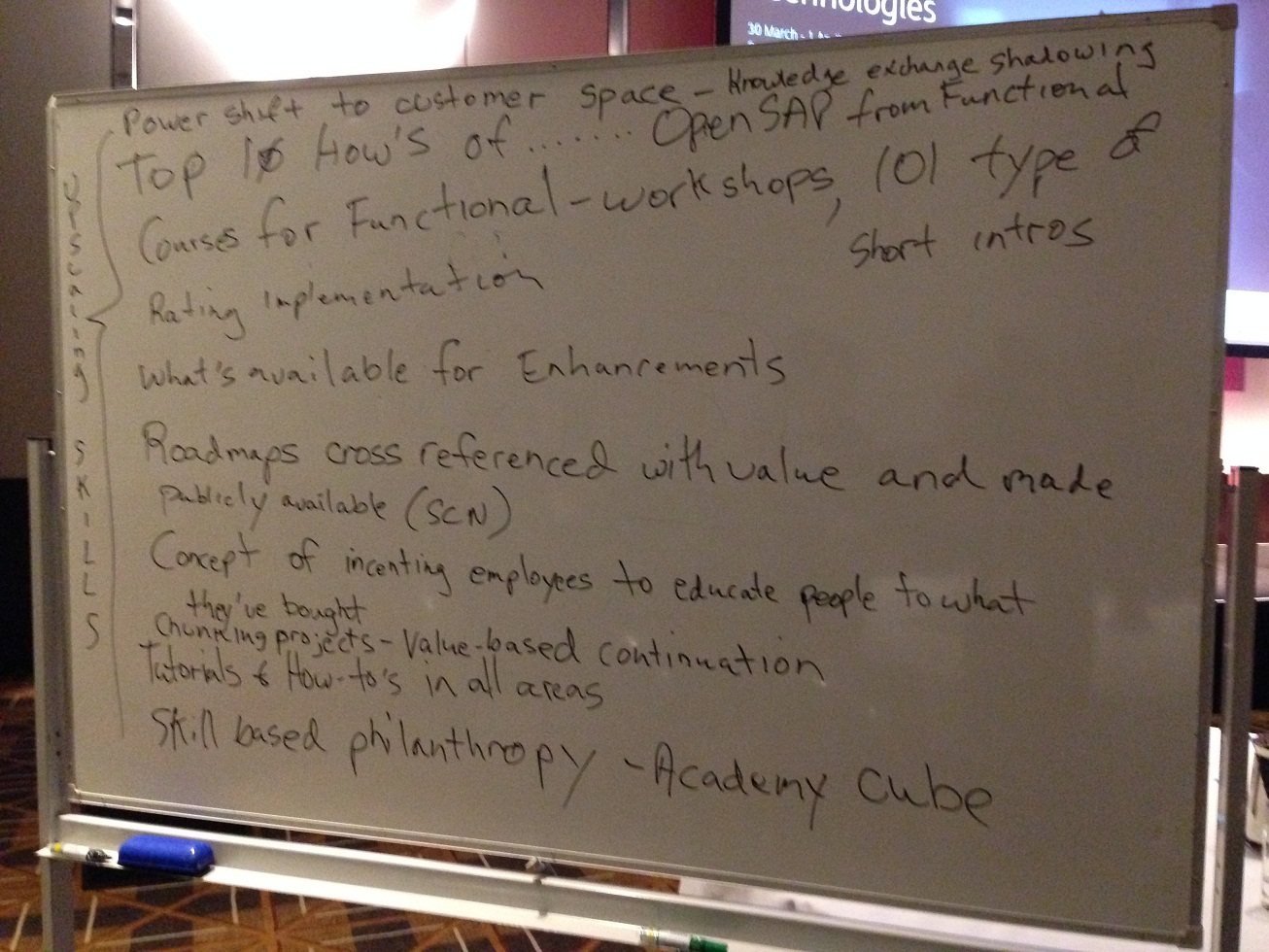 In a conversation with Annie Chan (who I also finally got to meet in person) she reminded me that online conversations can be the continium of the networking some of us are privledged to do at events.

This of course is an invitation to participants to blog and summarize experiences and takeaways from the Mastering Event on SCN.

A call out additonally to: Chris Rae  Peter Chapman Chris Paine Martin English Gareth Ellem Tony De Thomasis Sascha Wenninger Alisdair Templeton all of whom were sharing their knowledge at the event …knowledge that would benefit the “home viewing audience” I am sure….

It was wonderful being in the Land Up Over -exceeding all my expectations.