Reaching Out – My Plan of Attack

Much the same as Anne Kathrine Petterøe‘s opinion here, I deemed this too long to be a simple comment in reply to DJ Adams‘ original blog post which is here (what do you mean you haven’t already read them?  Go on, then don’t forget to return back here for my thoughts…)

I’ve gone back to DJ’s original post a number of times to re-read, digest and come up with a response.  Each time I’ve failed as things have been a bit hectic recently outside of work, meaning my extra-curricular time has been limited somewhat.  (Just ask DJ – I started plotting with him about something months ago and still haven’t caught up with him again to move things forward – sorry DJ, I haven’t forgotten, there just haven’t been enough hours in the day outside of work of late. )

What do I think?

I was pleased when I then read Anne’s response post, as it more or less echo’s a lot of my own personal viewpoint, however I don’t have the luxury of working outside of the SAP world like Anne has (I don’t think ~1 year of trying to make Cobol do my bidding really counts?)  My perspective is very much driven by/tainted by/dictated from/based-on* the SAP world and my experiences in it.  I can completely relate to DJ’s mention of a bubble.  I’ve spent a vast proportion of my career working in a very large, global SI within their SAP Practice.  Ask me how many people outside of the SAP Practice I know?  The answer is very few.  The same is usually the case when working at customer organisations, with most contact being either within or through an SAP audience.  Almost all I know from a professional angle comes from within an extended SAP “bubble”.

Historically, I have experienced a very much “them & us” mentality on both the inside and outside of the bubble.  Get in a room with a customer’s SAP architects and it is often a great, constructive and sharing environment – enter the lion’s den with non-SAP architects and it can often be a different story.  I’ve always put it down to people just being people and supporting/defending what they know, whilst at the least claiming ignorance on what they don’t and at the worst undermining it.  There is a healthy undercurrent of protecting their own interests mixed up with a smattering of competition and one-upmanship.  Generally it’s all harmless but doesn’t necessarily support integration between SAP and non-SAP people.

However, this post isn’t really about the consulting side of things and my experience so far, it is about what I want to do moving forward to play my own small part.  It is for me all about developer engagement and how we do so outside of the bubble, indeed how we actually “burst the bubble” to paraphrase DJ’s own words.

As some of you may know, I recently took a major decision to leave my role as Principal Development Consultant with Atos after ~16.5 years service and move to a much smaller, niche consultancy, The Config Team, as a Technical Solutions Architect.  There are all sorts of reasons for this that I won’t get into here (because they aren’t necessarily relevant or interesting) but there are some areas that I feel are quite pertinent to this whole topic…

A large proportion of my old job involved working away from home at client sites, whereas my new role sees me in our office close to my home most of the time.  I now have a 1 year old son so this was probably the biggest and most important consideration for my career change.  Of course this is a massive positive for me and my family but it also leads into other related benefits.  It means I can do stuff outside of work for the first time in a long time.  Mrs. Ryan has already taken full advantage of this, with me doing lots of gardening, home DIY, babysitting our little torment bundle of joy and managing to catch up with friends and family when normally I just wouldn’t be able to.  However, I seem to have even less free time now than I have had for ages – as I intimated above, my weekends have been full for months now and I’m only just seeing the light at the end of the tunnel.  Maybe I will actually manage to catch up with DJ for a beer or three at some point this year…

Getting back on track, at a personal level bursting the bubble means me trying to engage in tech. areas outside of SAP.  It’s easy when you say it quick like that however in practice, probably not so.  It will involve learning (and indeed re-learning) numerous technical & “soft” skills both inside and outside of the SAP sphere.  Historically, this hasn’t always been the most worthwhile of pursuits for me, as unless I could deploy skills or knowledge in the day job with Atos’ customers, I was basically learning stuff for my own benefit and amusement (although this in itself is often good anyway and explains why I have a varied selection of training and “For Dummies” types books in my home office, covering all sorts of random topics.)

I suspect the same viewpoint is shared by people on the outside of the SAP bubble – why should a successful (non-SAP) Web developer for instance learn BSP, Web Dynpro, etc. when they can and do get the job done using other, non SAP technology?  Unless they have a contract with a client who enforces SAP technology, they can stick to what they know and keep busy.  Things have changed a lot in recent months though with the advent of OpenUI5 – this for me at least creates a portal in the bubble, although it doesn’t quite burst it yet.  Suddenly I can see a technology that allows for cross-pollination of knowledge and ideas and may actually force us and them to work together in a productive, co-operative environment.  Possibly.

Aside from all of the above, and in short, I should now have more time to “pay it forward”…

Here’s what I’m going to attempt to do – it involves a number of intiatives and grand ideas, partly to ensure there is a bit of a mix to keep me interested and also partly because I’m not the worlds best completer/finisher so I need to give myself a chance of at least achieving one thing out of the list!  The more astute amongst you may notice that the “Why?” for many of these activities has a pay-off from a broader perspective as well as something in it for me – there is a limit to my altruism after all 😉

I also start to build a further network of contacts and knowledgeable people outside of the SAP/SCN world and that in itself is a bonus.

Maybe they will see a use for UI5 in some of their work, or be able to offer feedback and suggestions into how it could be enhanced and improved.

Engage with groups within the SAP sphere Get involved with CodeClub Reach out via the CodeClub website to find local clubs/schools that need someone to help out I was lucky enough to grow up with a home computer (a Commodore 64) and I suspect this is what ultimately led me to be half decent enough to have had the successful career I have.  Now my son is 1 and we are already starting to think about schools for him, this feels like a no-brainer.  Of course, the fact our local primary school is a nightmare to get a place at and this initiative could get me brownie points with the headmaster/governers has nothing to do with it 😉 Plan a D-Code presentation I see the mechanism for submitting abstracts for this year’s D-Code events is starting to open up – as a stretch I’d love to be able to share some of the very cool stuff I’m now doing with the Movilizer platform…

Again, another no-brainer.  The networking and exposure you can gain from just attending TechEd/D-Code speaks for itself so this year I may try to up my game.

From the sharing perspective, I’m not seeing any real coverage of Movilizer in the SCN spaces and think it is a product, just like that from Neptune, which deserves more attention from mobile & web developers.

Of course, any bursting of a bubble as big as the SAP one is going to take more than a random scouser pretending to do stuff for the good of the community, whilst really looking after his own interests planning a few initiatives and hoping he can see them through.  It needs more and more people, if not everyone, within the SAP sphere to partake and contribute.  Lets not be naive, there is often a pay-off for anyone who does so but the overall benefit to the SAP bubble will far outweigh that.

I wonder what could happen on this front if every member of SCN joined a local non-SAP group; volunteered to speak at or arrange a local SIT or CodeJam; signed up to help a local coding club; or similar?  At the very worst, I might eventually get to do some #BeerTasting with DJ… 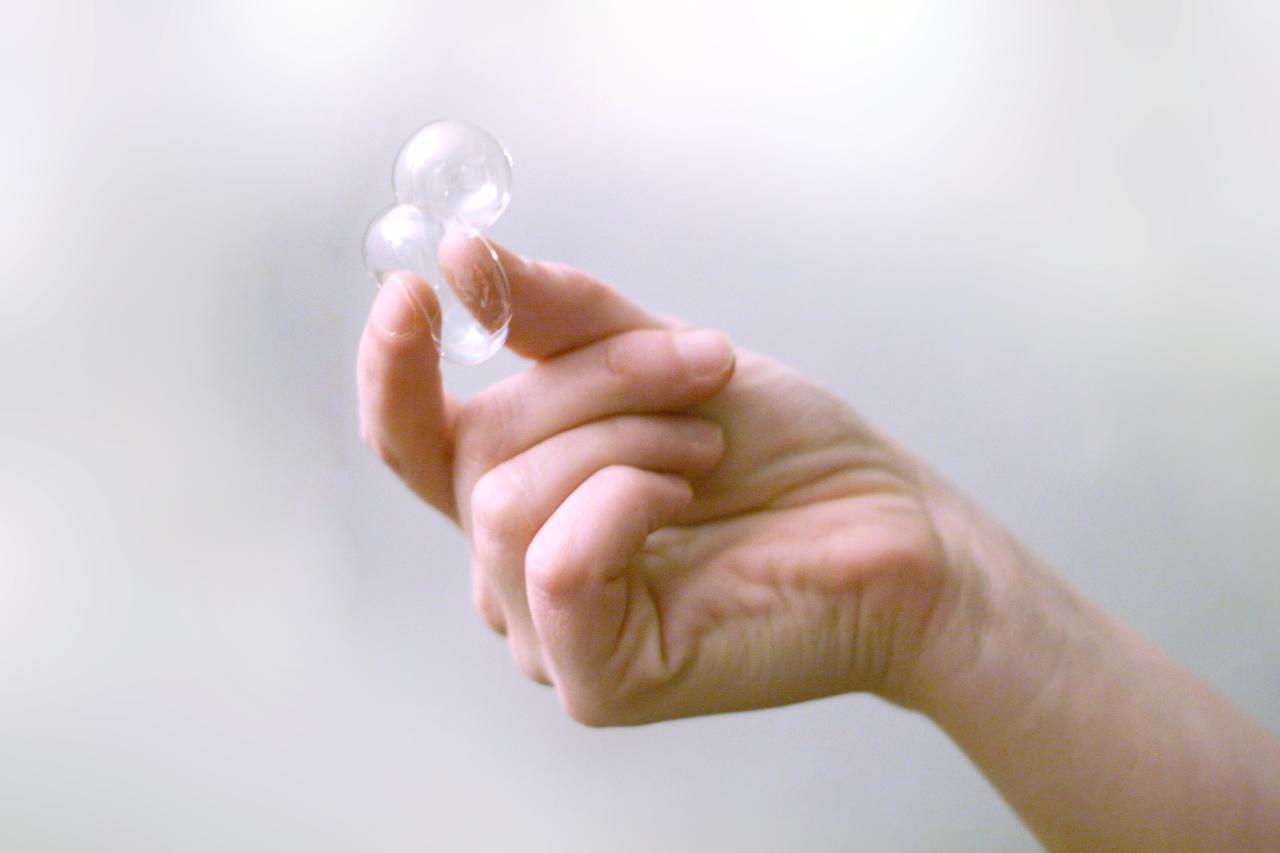