Chennai destroyed the Daredevils on Monday night, winning by 93 runs and defeating every Delhi batsman in only 94 balls. The Abu Dhabi crowd witnessed the largest margin of victory in this young tournament. By loading match data into SAP HANA we can gain insights on the daily action by visualizing the data in SAP Lumira.

Chennai started their innings rather modestly scoring 65 for one wicket after 10 overs. However, the Super Kings exploded in the final four overs scoring 58 runs off of 24 balls and striking eight boundaries to elevate their total to 177 runs. Chennai’s attack then limited the Daredevils to only three overs with 10 or more runs in their chase. Check out the match’s Manhattan chart that was created in SAP Lumira.

The Super Kings’ Dwayne Smith, Suresh Raina, Faf du Plessis, and MS Dhoni all scored 24 or more runs and all finished with strike-rates north of 100. Man of the Match, Suresh Raina, was the highest run getter in the match scoring 56 runs on 41 balls. The Super Kings hit 14 fours and struck five maximums. With SAP Lumira we can quickly visualize the ball by ball scoring of Chennai’s batsmen.

The Super Kings displayed an exceptional attack, limiting the Daredevils to only 5.36 runs per over and conceding three or less runs to five Delhi batsmen. Ravichandran Ashwin conceded only three runs in the two overs he bowled for a near fractional economy of 1.50. All six Super Kings bowlers had economies of 7.00 or lower. With SAP Lumira we can create a pie chart with depth that shows what percentage of Daredevil runs each Chennai bowler conceded. 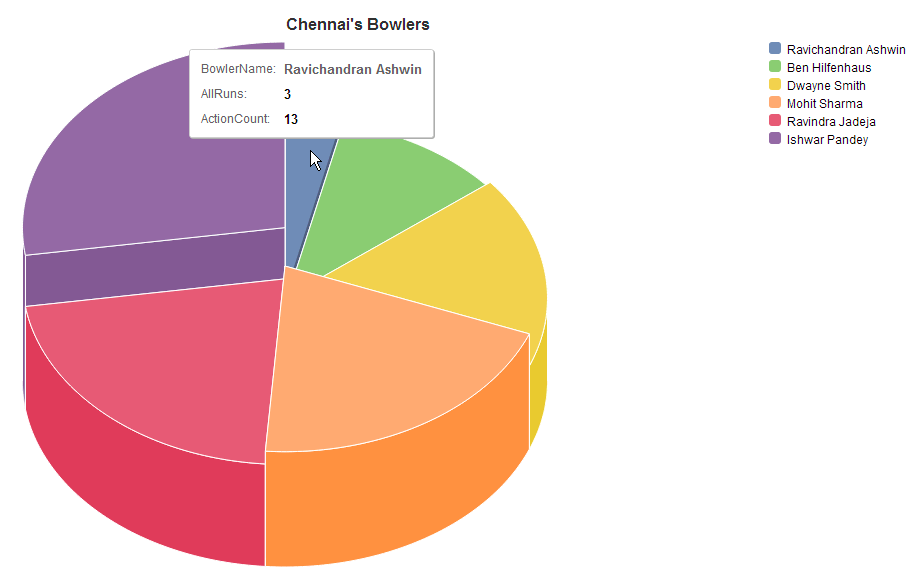 All six Chennai bowlers took at least one wicket in their quick work of the Delhi line-up. Some superb fielding from du Plessis and Raina dismissed five batsmen in total. In SAP Lumira we can create a pie chart showing the dismissal type and bowler for each of the wickets Chennai took. 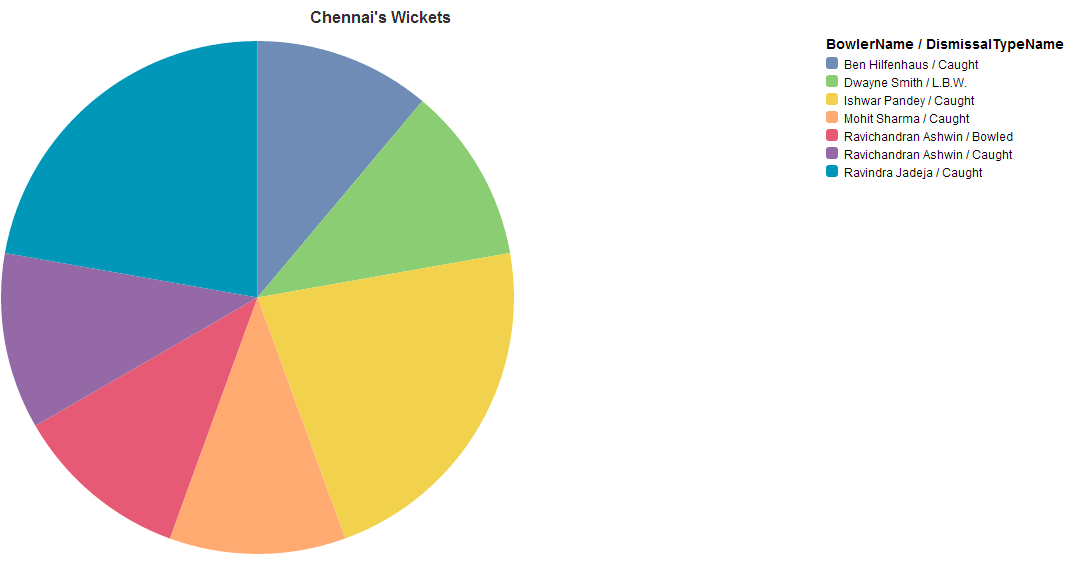 I saw many of your blogs ❗ and all belongs to SAP Lumira space. You may post in that space from now.