d-Code is the SAP’s annual IT conference, held in four worldwide locations:( generally China, United States, Europe and India).  This years events are:

It used to be called TechEd.  See more here about the name change.

The call for papers just opened for the Las Vegas event.  It will close on May 26th.

The announcement references a graphic that shows the intersection of “track structure” and “hot topics” (which I’ve linked to here): 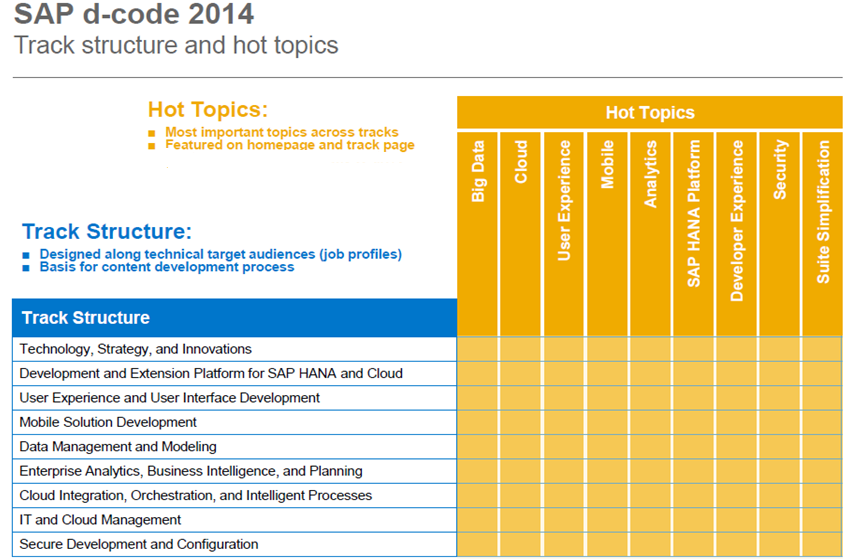 In previous TechEd events, you had to be an ASUG member in order to submit a session.  This year’s announcement doesn’t specifically mention that, but I’m assuming that is still the case.  Fortunately, if you are an ISUG-TECH Gold Member and reside in the United States or Canada, a complementary membership in ASUG is one of the benefits.  ASUG may have similar reciprocal membership agreements with other regional SAP user groups.  So if you are not located in the United States or Canada but belong to a regional SAP user group where you live, you may want to check with them to see if they have such an agreement with ASUG.