I’ve been developing in ABAP for about 5 years now, and things have changed a lot already, and I try to keep up with the change. I write in ABAP OO as much as I can now, I push for new naming conventions dropping the conventional prefixes, etc… so, I thought it was only logical to move to a more advanced IDE, that would help me be more productive at work.

I saw the Explorer Badge mission and I took the opportunity to learn a bit more on Eclipse and how to use it. You should do it as well if you haven’t done it, it’s also interesting to see new stuff 🙂

Eclipse doesn’t require an installation (or, in other words, it doesn’t require administrator rights), and it’s not too hard to setup. One of its nice features is that you can setup multiple “projects”, each project means one connection to an SAP system, and in each project you can add different packages. So this means you can have all your SAP systems accessible easily and could make life a little easier for you.

There are some other interesting features that don’t exist in the classical ABAP workbench, like pressing the F2 key to get information on what type of variable you’re cursor is on, also the code comparison is a nice and useful feature.

However, I did encounter some trouble on functions that I was hoping would be simple and easy to do. For example, I couldn’t find a way to edit a text in an exception class. After spending so much effort in building the habit of creating and using these exception classes, I would hope that creating and editing them would be easy in ADT, but if I have to use SE24 anyway to edit the text, I might as well use SE24 for everything.

Another major setback for me, was the fact that I couldn’t find the equivalent to “pattern” in ADT, where you search for a function module, or class/method, etc, and you get most of the code necessary to use it automatically.

I’m going to keep using it for a while, and try to really measure whether I’m able to be more productive using it or not, but to be honest, I’m not convinced. Obviously, at this point, anyone with my experience will be quite comfortable using ABAP Workbench, the class editor, etc, and I don’t think the nice features in Eclipse are enough to get someone used to ABAP workbench to change, especially when not everything is available in ADT.

So, if you’ve tried it, what do you think? Do you have answers to my troubles? Do you use it to code “regular” ABAP or is it mainly for the new HTML and HANA stuff? 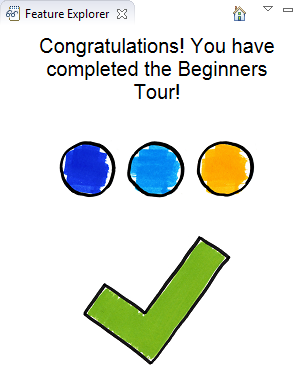 Another major setback for me, was the fact that I couldn't find the equivalent to "pattern" in ADT, where you search for a function module, or class/method, etc, and you get most of the code necessary to use it automatically.

Did you know that if you use code completion and select an entry (e.g. for a function module or method) via Shift+Enter, the full signature is inserted?

I've heard next thing to be included in the next version of  feature explorer? 🙂

Actually, it is already part of Feature Explorer's Beginners Tour (stage 3). I have just checked it 😉

Yes, it is... what I was really struggling was to find out how I could use it to insert a function module. It's not simple, but at least it's possible...

Not as elegant as clicking "pattern", using F4 to find what you want, and enter.

Unlike call pattern, it adds comments next to parameters.

You are right, you have to enter also CALL FUNCTION '

P.S.: This is not part of any Feature Explorer tour so far 😉

I just got confused with my confusion (face palm)

I knew someone would come along to prove me wrong.