The high flying Knight Riders seek two more points against the Daredevils in the second match of Saturday’s doubleheader in Dubai. Kolkata is confident after thumping the defending Champions in Wednesday’s opening match. Meanwhile Delhi hope to right their ship by defeating again one of the few teams they won against in 2013. Using SAP HANA we can visualize historical Indian Premier Twenty20 data in SAP Lumira to preview this upcoming duel in Dubai.

In the opening match of the 2013 tournament, Kolkata successfully surpassed Delhi’s target in the 19th over. The 2012 champions came out gunning for the pace, logging a few large scoring overs early in the innings to glide into a six wicket victory with 8 balls remaining. With a few clicks in SAP Lumira we can construct a Manhattan cart to visualize the number of runs each team scored per over in the match.

KKR employed a brilliant and effective attack in the match taking 10 wickets to scalp every batter. Sunil Narine took four of those wickets in the four overs he bowled while allowing only 13 runs for a deadly 3.25 economy. Check out the pie chart with depth we built to visualize how effective each of the six Knight Rider bowlers were in the match. 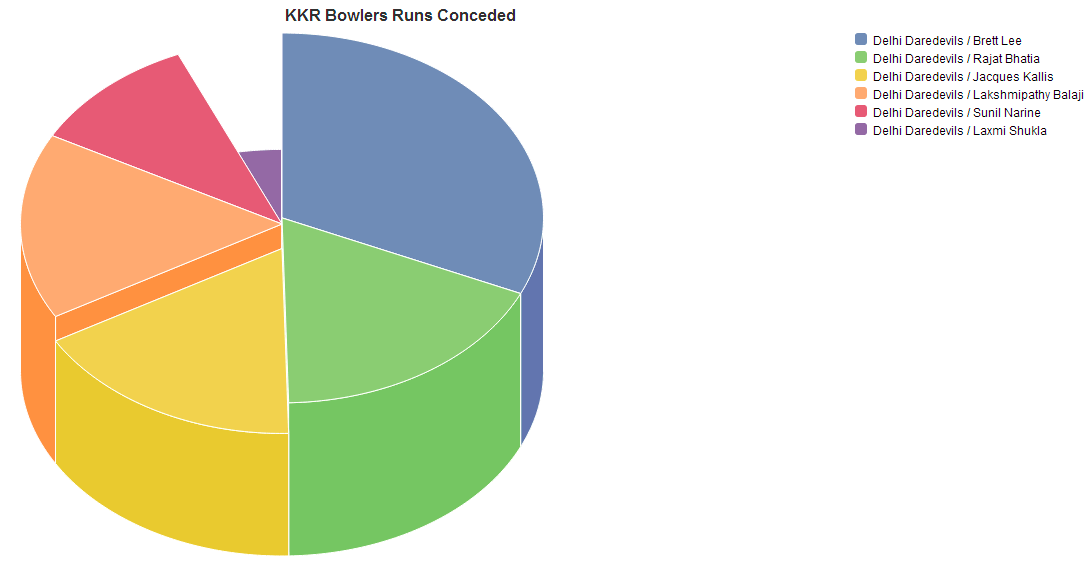 With SAP Lumira we can dive even further into Narine’s phenomenal performance by creating a radar chart that shows how he bowled each ball and which bowling style combination gave up the most runs. Narine’s 14 length outside balls yielded eight Daredevil runs while his five length off stump balls only conceded a single run. 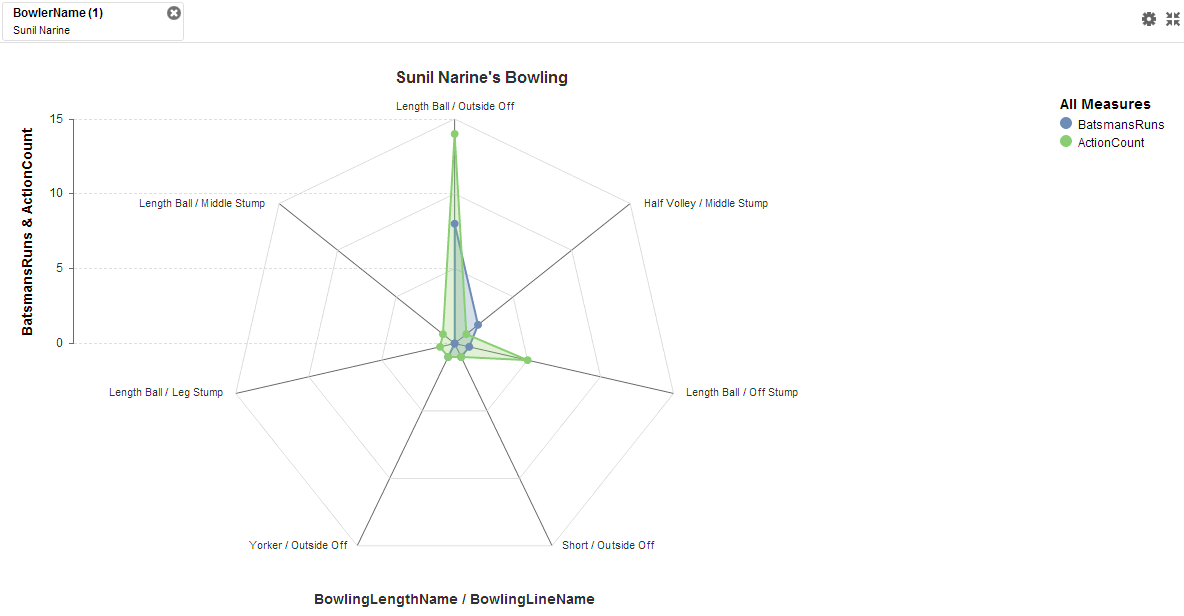 The last match the Daredevils have won in an Indian Premier Twenty20 tournament was against KKR on May 1 of last year at Shaheed Veer Narayan Singh International Stadium in Raipur. Delhi surpassed KKR’s total with 13 balls remaining to win the match by six wickets. Check out the match’s Manhattan chart.

David Werner batted tremendously scoring 66 no out on 42 balls for a strike rate of 157.14. The Australian Southpaw hit six fours and four sixes to lift his side to victory. In SAP Lumira we can plot the number of runs Werner scored per ball.

Keep your eyes peeled for more visualizations created in SAP Lumira using historical Indian Twenty20 data from SAP HANA. Please check back regularly during the season for more insights about the daily action.