Note: At point of comparison, the following versions of the tools were evaluated.

ℹ There are some features from BEx that are still lacking from Analysis. Those identified are planned for future releases (e.g. variable personalisation, variable history).

➕ In addition to the improved UI, there are many features that are only available in Analysis that could enable faster and smarter ways of working. 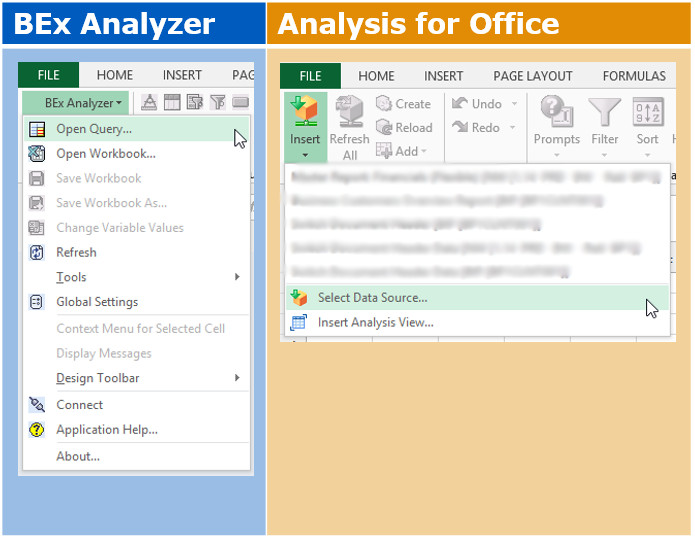 ➕ Toggle display of all optional prompts at once via [Display] button. ➕ Info Field can be used for quick access to common elements. 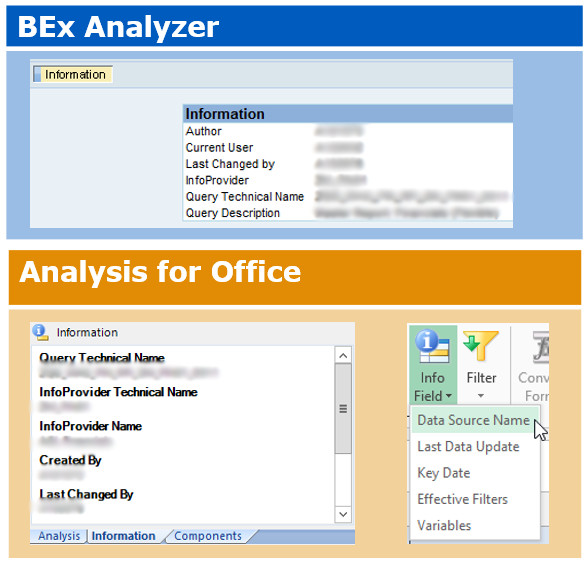 ➕ Improved UI enables users to identify filters at a glance. 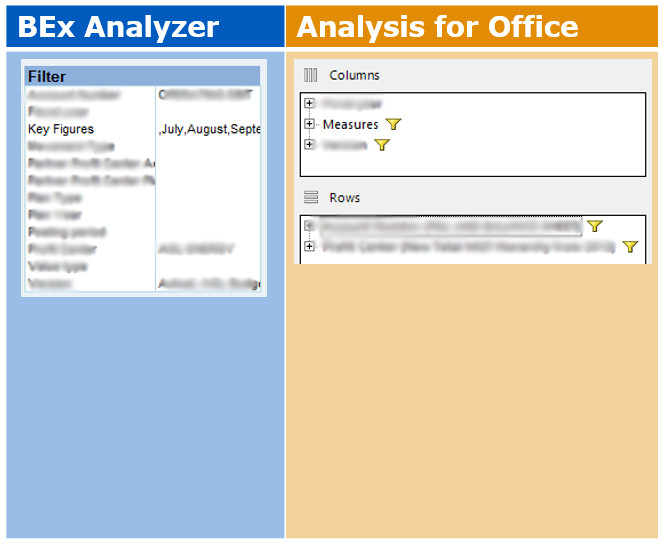 ➕ Analysis pane visible by default and can be toggled via a single click. 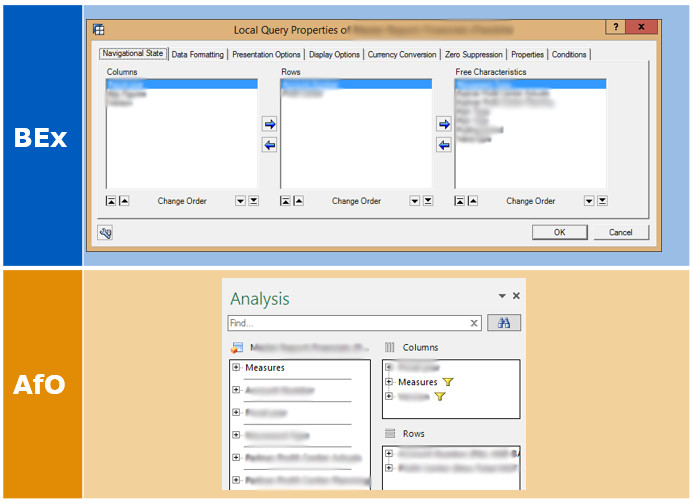 ➕ No longer need to undo one navigation step at a time, able to jump to a particular state. 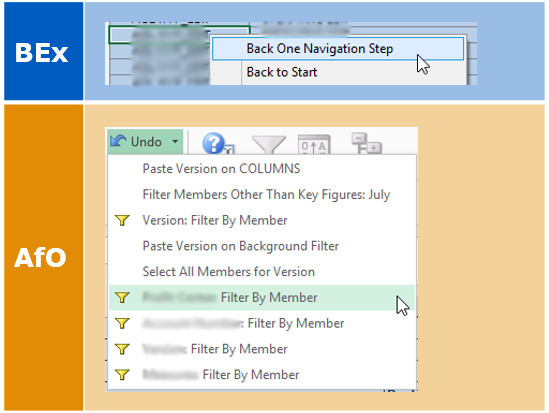 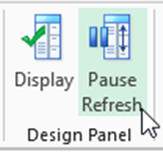 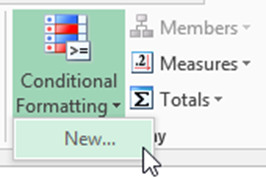 ➕ Save workbooks to BI platform.

➕ Unified “Design Mode” – no need to switch between consumption and design.

Great comparison and info for those coming from BW/BEx.

Do you have more examples or "use cases" of connecting Analysis for Office with other BI Tools?.

This "Interoperability with Design Studio (e.g. prototype a web application)." is especially interesting.

Analysis Views is one of the key mechanisms in which Analysis for Office can work along side other tools within the BI suite.

Analysis Views (which are simply a saved navigation state of an analysis) can be exported from Analysis for Office (as well as Analysis for OLAP) and saved within the BI platform. Once exported, tools such as Crystal Reports for Enterprise and Web Intelligence can consume Analysis Views as a data source. See interactive tutorials below for more details.

Crystal Reports for Enterprise: Connect to an Analysis View

at present in our project we are using BEx analyzer as major reporting tool.

you are correct as BI consultant i am seeing so many bottlenecks in the analyzer when i randomly searching in SCN i come across this forum and even your blog as well. 😆

so after reading some docs & blogs i thought to propose this tool for our client as replacement for analyzer before that i need few inputs.

we have BW 7.3 system and all our reports are designed in Bex query designer and please note we don't have BOBJ in our landscape.

so can we get licence only for AO tool without having BI/BOBJ systems...?

Yes, you can. But you have to talk to SAP in this topic.

We also have BW 7.3 and are using BO on a limited basis. Users are starting to adopt  Analysis for Office for the exact reasons stated. We have many legacy BEx queries in use.

Do you know the roadmap for the Query Designer now that an Analyzer successor has been addressed?

I don't think that any changes are planned in the next time for the old Query Designer. The Idea is to use AO agains the queries. There are some rumors about a new version of Query Designer in Eclipse (which makes sense in combination with HANA). But I have seen nothing official concerning this topic.

Now i am working with both Analyser and Analysis.

We are planing to replace analyser with analysis,but i found some limitations which blocks us from this replacement.

1.I cannot drill down a report,which contains more than 65000 rows.Is there any solution for this?

2.I cannot find a star(*) option in the variable selection.

Your suggestions will be valuable...