This was a webcast given by SAP’s Ty Miller.

The legal disclaimer applies that things in the future are subject to change.

SAP plans a series of support packs to 4.1, including enhancements to customers and planned innovations

In BI4.1 SP3 you have the ability to kill sessions

In Launchpad you can see opendoc URL to a folder

Also coming is metadata for “BI on BI” 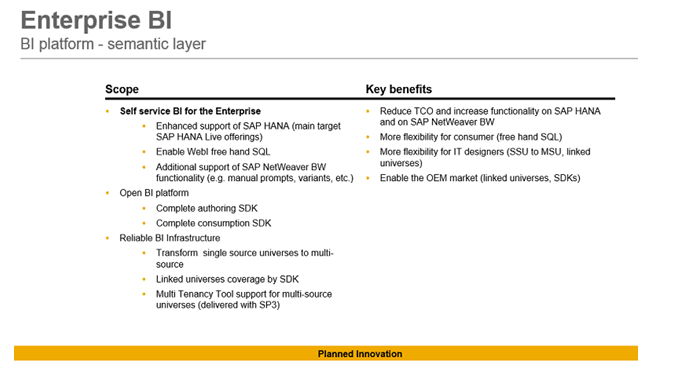 SAP plans SDK consumption and authoring as shown above. 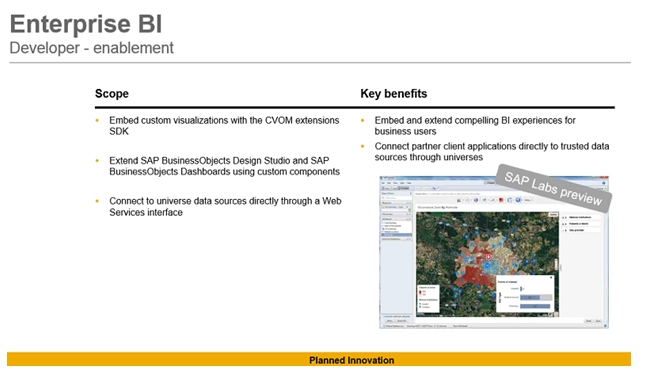 There is an extensions SDK to create your own visualization and import to tool like Lumira & Design Studio have.  This will be extended to BI Suite

Universe will output its data to its own data source 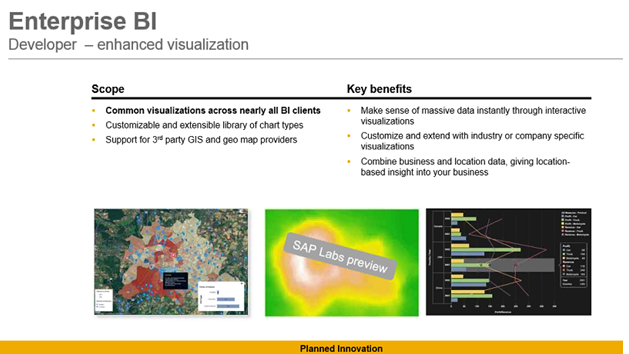 There are plans to include CVOM visualization library across all BI clients. 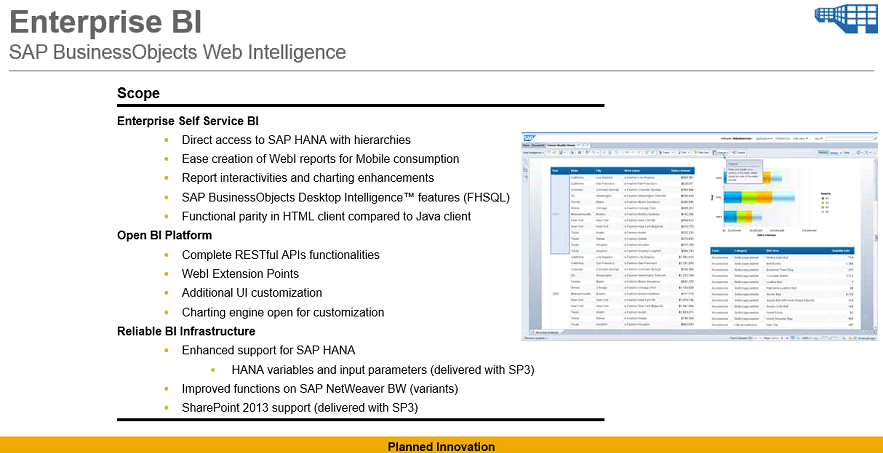 Today you can do this with Crystal for Enterprise 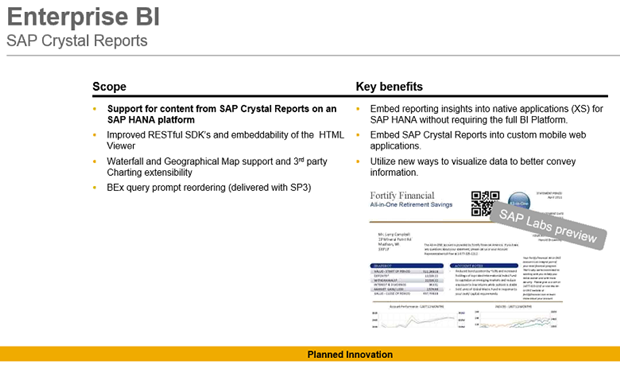 Crystal Reports on HANA is coming.  Learn more at this upcoming ASUG webcast: 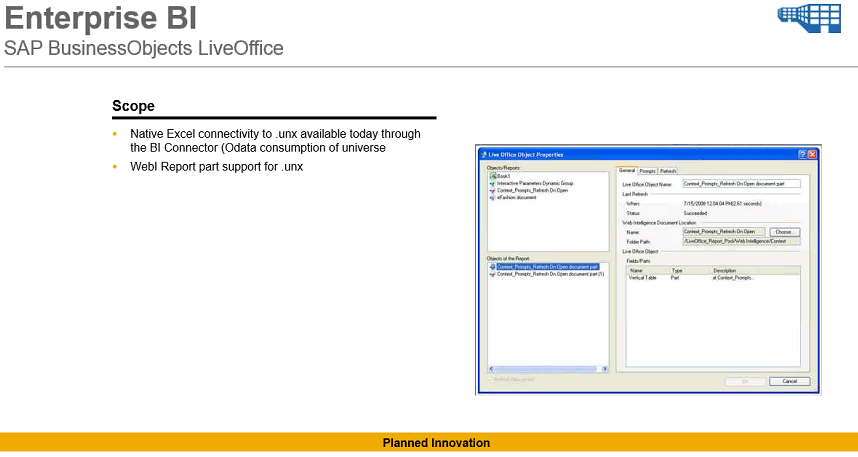 SAP plans to support .unx based documents support for Live Office as shown above.

Join Us at ASUG Annual Conference

Hi Tammy, is there any planning dates for BI 4.2?

Surprisingly, no one asked that question.

We can ask that at ASUG Annual Conference