How You can Compete in Exciting 2014 World Cup Action

The 2014 FIFA World Cup in Brazil will be the culmination of years of preparation and it’s now almost here.

This will be the 20th FIFA World Cup and it will take place in Brazil starting in June. Every World Champion since 1930 has qualified for this year’s tournament including teams from Brazil, Germany, Italy, France and defending champion, Spain.

Fans from around the world will once again be immersed in every bit of the action as they cheer their favorite team to victory.  Until now, enthralled fans that watched World Cup action could only wish they were making their own spectacular kicks and passes to each other.

However, that has changed thanks to Continental Tire, the official sponsor of the 2014 FIFA World Cup. Now fans can play along with each other while competing for prizes that include a round trip for 2 including accommodations to a World Cup match. 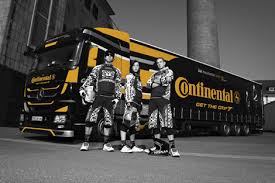 Here’s how it works:

. Start virtually “passing” to other players and friends

. Find other nearby fans via “radar mode” within the app

. Points are awarded for each pass and the longest sequence of passes

. The best passers will win prizes each month

Dirk Rockendorf, head of eBusiness and responsible for the ContiRioKick app at Continental Tire commented on the app, “For us, the app is one of the best ways to convey our commitment as an official sponsor of the 2014 FIFA World Cup and give the best virtual passers among the fans the opportunity to attend a World Cup match.”

In keeping with their commitment to remaining equipped with the absolute latest in the optimization of information technology and networking, Continental recently deployed SAP across one platform.

Similar to players on the ContiRioKick app passing seamlessly in a sequence to each other, the recent SAP implementation has created a worldwide logistical footprint resulting in transparencies between regional distribution centers and Continental customers.

Garett Greer, Global TMS Key User with Continental said that not only has the new SAP Transportation Management software dramatically reduced shipping costs, but it fit instantly into their IT landscape because it communicated directly with existing systems with little customization required.

“SAP had a solution that allows Continental Tire to split freight costs down to the article level. This is something that I believe was never achieved by any other software. There’s substantial savings just based on transparency and reporting.”   You can see more of Garett Greer in this brief video.

As for reporting your own total passes in the ContiRioKick app, there’s still time to play but you better get out on the “field” ASAP. The higher your score, the better your chances are of winning. Each month, the top 11 players automatically qualify for the monthly prize drawing. Even if you’re having an “off game” there’s no need to worry. 11 other winners are also chosen at random so imagine the possibilities!

By playing along with the 2014 FIFA World Cup app you will also be helping an extraordinary school program called Project Uere which helps children overcome learning obstacles. Through the program, 4 to 18 year olds receive individual learning support .Continental is also funding an E-learning module as well as providing teachers and equipment for a children’s football project.  Additionally, when 1,000,000 ContiRioKick passes have been played, Continental Tire will donate an extra 10,000 Euros to the project!

So are you ready to pass your way to Rio for a front row seat at the 2014 World Cup?