The payments for different vendors submitted to different Banks need to be secure and should meet all the compliance agreed with the Bank and the Third Party service Provider. We therefore require a strong and secure mechanism that ensures the transactions are done in safe manner.
This interface is used to send payment files from ERP via PI and the SwiftNet network to the banks. We will use the standard ‘SAP Integration Package for SWIFT 6.22’ which contains the required interface to make the integration happen. In order to make sure the contents of the file are not visible to anyone, we will encrypt the file. As the communication between ERP and PI is secured by Secure Socket Layer, no encryption is required when the file leaves SAP ERP. Encryption is needed when the file arrives in PI.
Why use BCM and SwiftNet for Payments?
BCM – The Bank Communication Management ES bundle supports the communication of financial transactions of a company to its banks via the Society for Worldwide Interbank Financial Telecommunication (SWIFT) network. It includes Enterprise Services for the creation and status tracking of payment orders as well as enterprise services for receiving bank statements.
SwiftNet – SWIFT operates a worldwide financial messaging network. Messages are securely and reliably exchanged between banks and other financial institutions. SWIFT also markets software and services to financial institutions, much of it for use on the SWIFT Net network. 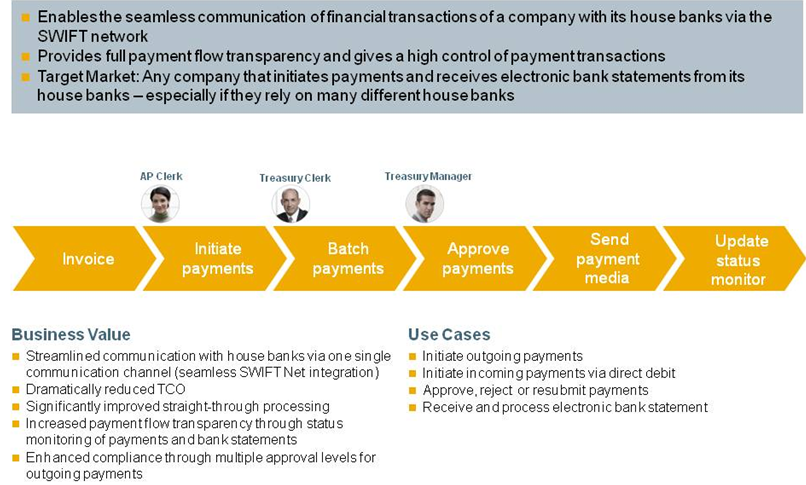 Figure 1: Advantages and flow using BCM
The procedure and transactions at the backend system (ERP) are explained in brief and will not be covered as part of this document.
Document Detail
There are 2 major types of payments which are generated from ECC system. The classification of the payments are as under:
FIN message are used for Payments and cash management
The Federal Tax Application provides a same-day federal tax payment mechanism for business tax filers and payroll processors via their financial     institutions.
The payments created in both the cases different. File format depends on type of payment and bank. Below are some of the examples:
The field mapping for MT101 is standard SAP and part of ERP. For XML, this is part of configuration through transaction DMEE1 also in ERP. No  interpretation or conversion of the files by the interface is required.
The payment is generated with all the necessary conditions for the definite Bank and then sends for approval. After approval a batch job is run in ECC system to create collective payment in a single file. The file is then encrypted in BCM module.
The file is sent to respective folders in located in the ECC server. The details can be seen using T-Code AL11. There are different folders created for different Banks and in addition we also have archive folder which will be explained later.

Figure 2: Folder location for FIN(fin) and FTA(fileact) Payments in AL11 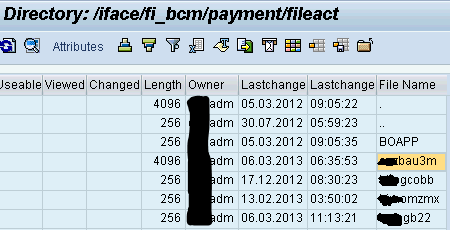 Figure 3: Different folders created for different Banks in AL11
After the Batch file is created the status of the batch can be seen in BNK_MONI. Below are the statuses of the payment file:

Figure 4: Display Batches created for payments
We can check the Status History for the Payment by selecting the Row and right click it:

Figure 5: Check Status of the payment

Files processed and sent by BCM via SAP PI are in standard format for SwiftNet to process them. We have not used any mappings to change the incoming file format. PI polls the files from AL11 directory of ECC system and sends the same file to Third Party system through SwiftNet Network. The Third Party is accountable for delivery of payments to Bank and receipt of Bank Statements from Bank. The flow Diagram is as under: 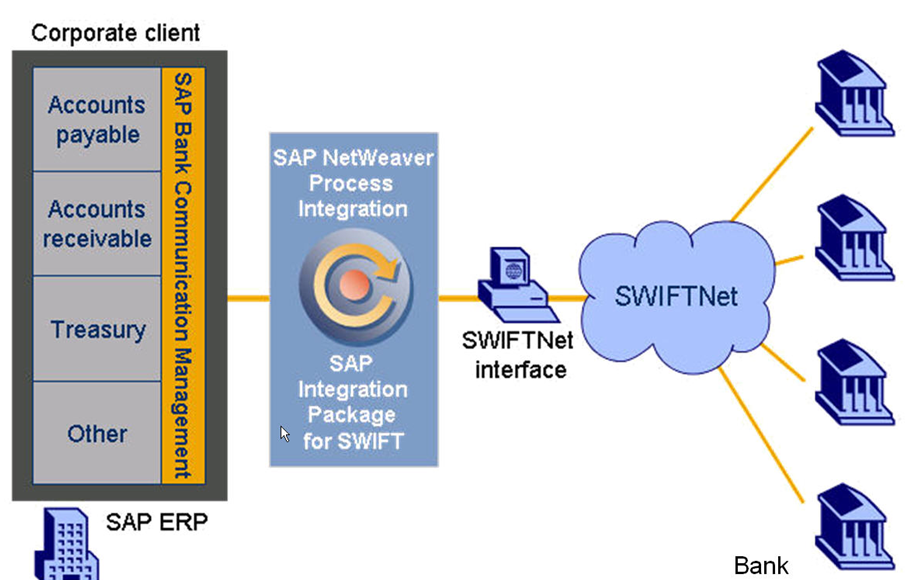 Figure 6: Flow diagram of Integration of SAP PI with BCM and SwiftNet
The standard SWIFT Product provided by SAP needs to be imported in ESR (Enterprise Service Repository) in SAP PI system. The standard formats for FIN and FTA are used from the SWIFT module under SWIFT 622: 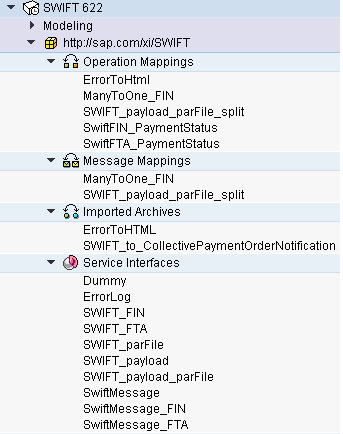 Figure 7: Standard interfaces, mappings and Imported Archives from SWIFT Module
Encryption and Signature check
We have used SFTP Adpater (Adapter from Aedaptive version 3.0) to poll the files from ECC system. “SSH File Transfer Protocol” or SFTP is a network protocol that provides file transfer and manipulation functionality over any reliable data stream. It is typically used with the SSH-2 protocol to provide secure file transfer. SFTP encrypts the session, preventing the casual detection of username, password or anything that is being transmitted. One key benefit to SFTP is its ability to handle multiple secure file transfers over a single encrypted pipe. By using a single encrypted pipe, there are fewer holes in the corporate firewall. 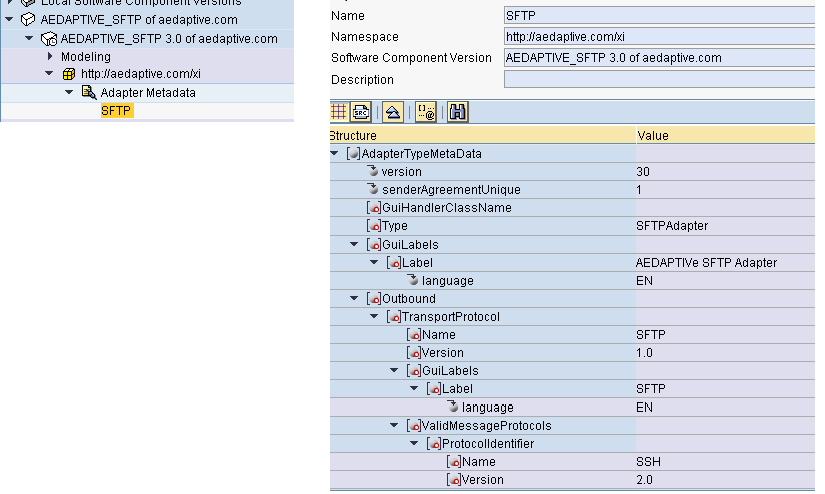 Figure 8: SFTP Module Deployed in ESR
All the files created in AL11 folder of ECC system will contain a signature. The verification of the signature is done in PI system using the Module Key and parameter from SWIFT Module.
In order to show the Encrypted and signed file we have taken the below screen as there are no files currently in fileAct folder in ECC system.

Configuration in Integration Directory for Payments

Sender Channel configuration
We have used different channels for different Banks. This makes easy for supporting testing for Banks whenever required. Channels for the banks which are not in scope for testing will be switched off.
The signature is verified using the parameter “VerifyBackendSignature” available in the SWIFT Module as under: 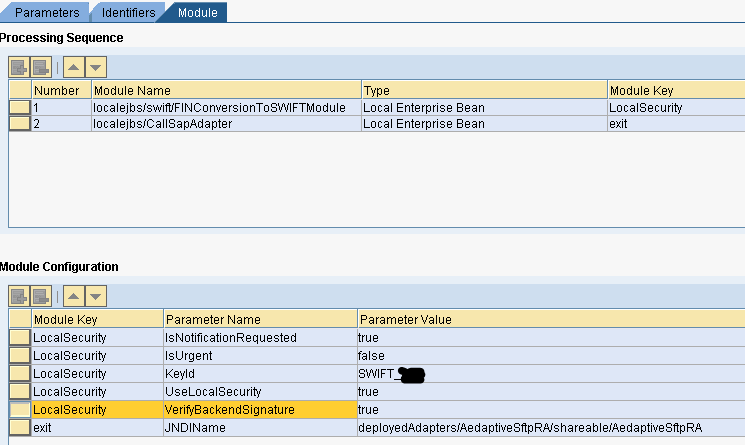 The Source Directory contains the location for the AL11 directory. File Name Scheme represents the nomenclature of the files to be picked from the folder of AL11. Advanced Source File Selection has also been done in order to not send unnecessary files to Bank and only process required payment file. 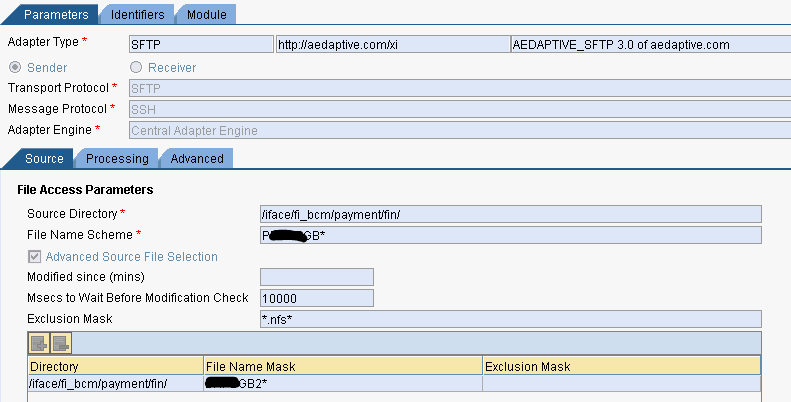 We place the processed files in Archive folders in ECC system.

The receiver channel will contain the Third Party information. We have used PGP (Pretty Good Privacy) Encryption also happens when the payment are sent from PI system

Details on Module Paramters at Receiver:

Standard mappings are used for FIN and FTA payments as shown in below
figure:

As soon as the payment reaches the third Party system, that connects with different Banks, a technical acknowledgement is send back to PI system notifying the receipt of payments. These feedbacks files are sent by the Third Party for FTA and FIN Payments. In addition to these feedbacks, Banks sends a payment status notification PAIN back to SAP PI system after receiving the payment. The payment Status are sent to ECC system using Proxy and the status are changed accordingly in transaction BNK_MONI. We also receive notifications from Bank for FIN and FTA payments. These notifications have two different formats, namely TXT and XML file format. This will be discussed in next section.

TXT Bank Statement Notification for FIN payments:
The statement is sent as a plain text file and the same is sent to ECC system in two different ways:
There are no mapping used exclusively for the TXT formats, except the filename are fetched dynamically during runtime.

The Notifications sent in XML format use the XSD format which we have received from Bank. We have also used the interface(BankAccountStatementNotification_In) and namespace http://sap.com/xi/APPL/SE/Global  from ESA ECC-SE 604 Software Component for
mapping the required fields.