Measuring Out Our Lives with Wawa Coffee Cups

If there is a Wawa near you, this company needs no further introduction. But for the rest of you folks, Wawa Inc. is a chain of convenience stores headquartered in suburban Philadelphia that is famous for its freshly brewed coffee and built-to-order sandwiches. 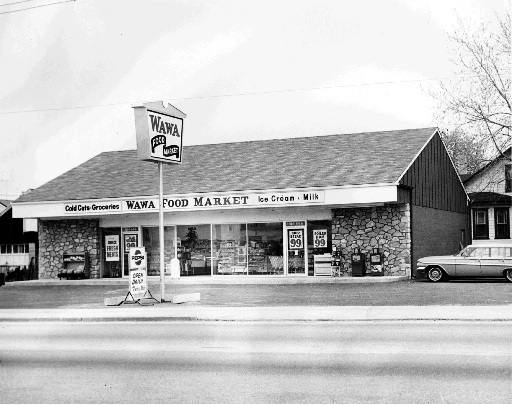 Wawa operates more than 645 convenience retail stores – over 365 of which offer gasoline – in Pennsylvania, New Jersey, Delaware, Maryland, Virginia, and Florida. For many of us, it is our go-to place for a morning cup of joe, a tankful of gas, and a “shorti hoagie” for lunch.

Wawa has a very loyal following. Last year Wawa announced that it reached one million fans on its Facebook page.

My wife grew up just a couple of blocks from Wawa’s very first store in Folsom, Pennsylvania. Her parents remember the day it opened in 1964. For many years it was a weekend ritual for my father-in-law to walk down to his Wawa and pick up the Sunday paper. That’s the Folsom store in the photo.

I developed a ritual of my own when the kids were in high school and middle school. Back then, I started off most days by driving my daughter Hannah to school. Invariably, we stopped at our local Wawa for a hot chocolate and perhaps a treat for the lunch bag.

I didn’t have to drive Hannah to school; the bus would literally stop for her at our front door. But for me it was an opportunity to spend some quality time with my daughter. And even if we didn’t have anything particular to discuss that day, that time was precious to me.

Then when I got home, I turned around and did it again – taking my son John to school and stopping off at the same Wawa.

The Wawa folks took notice. At first it was just a joke, but soon they were asking each of my kids about their studies and wishing them well in their school day.

Taking Success to the Sunshine State

In my job at SAP, I’ve had the opportunity to write about Wawa and its considerable success. Wawa has used SAP software optimized for the retail industry for some time now to help fuel new revenue growth and manage costs more efficiently.

For example, Wawa managers focus on key retail concerns such as store stock levels, product costs, spoilage, and shrinkage with visibility down to the category and item level. And in food service, they can fully analyze the demand and yields for specific recipes and menu mixes.

An article in the Convenience Store News describes how the SAP software continues to play an integral role in Wawa’s recent and dramatic expansion into Florida. Since 2012, Wawa has opened dozens of stores in the central portion of the Sunshine State.

According to a company press release, in one year Wawa sold enough coffee in Florida to fill 15 swimming pools.

The article describes how business insight helps support Wawa’s day-to-day decisions at both the corporate and individual store levels. And Wawa officials note that knowing “what parts of the business are not working and which parts are excelling” is particularly important when a company is expanding.

An Anniversary Worth Celebrating

My Wawa connection continues to expand too. When my then teenaged son got his first job, it was at Wawa. It was a part-time gig as a Customer Service Associate behind the cash register. The job was all his idea; his own initiative. John felt he had made friends there.

Working at Wawa has been a rewarding experience for my son. It is an organization that appears to actively foster a sense of family among its employees. On John’s birthday, Wawa sent him a card.

This April, Wawa marks a major milestone – its 50th anniversary. An in-store celebration is planned for the original Folsom store on April 16th. It’s an occasion that I can’t let go by without my personal congratulations:

– From my family to yours.

Learn more about the SAP for Retail solutions, and be sure to join me on Twitter at@JohnGWard3.

John - great write up!  Wawa is a Philadelphia area institution!

Remember that Wawa is providing free coffee all day on Wednesday, April 16.  I'm going to try to hit 3 different stores for my "fill." 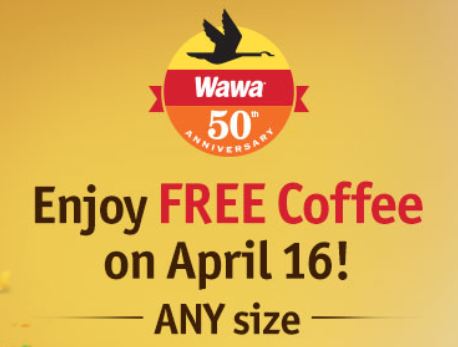 Thank you, Michael. Glad you liked the blog.

You can bet that I will be enjoying a free coffee too!