The hive never dies: SAP’s vision for a networked ERP in the Cloud

In a recent blog about hybrid architectures the cloud, Sven Denecken describes his vision of a modern ERP.

I am passionate about cloud, and I am passionate of my ERP background. Yes, I stated it: ERP. Both is needed to succeed. But do not believe the dreamers that want to build ERP again – from scratch. Lets leapfrog this attempt and build on what works that is truly stable and global and reliable – towards the “modern ERP” which is a “networked ERP” – leveraging innovative technology and cloud consumption models – as a hybrid extended deployment reality.

I found this statement intriguing and wanted to explore its implications in more detail.

Note: Although Sven only mentions ERP in his quote, I’m going to generalize things a bit and look at the whole Business Suite. My assumption is that argument applies to all components in the Business Suite rather than just the ERP component.

As I read Sven’s statement, I was reminded of a blog that I created in 2012 called the “The first honeycomb in the hive: Understanding the positioning of Financials OnDemand” in which we saw a similar concept.

This architecture at the time referred primarily to Business ByDesign and its role as the foundation for a series of separate SaaS applications.  Finance OnDemand was the initial application to be split off:

But SAP Financials on Demand is more that just a financials solution! It also provides an open and flexible framework that forms the foundation for a loosely-coupled “Best of Suite” approach for enterprises, seeking to mix and match the financial core with best of breed components. With Financials OnDemand, other cloud solutions, starting with SAP Travel OnDemand, simply snap-in using open API’s to give customers a maximum of choice for building their own, personal best-of suite. [SOURCE]

In the meantime, the HANA Enterprise Cloud (HEC) has been released which makes the situation a bit more complicated in that we now potentially have a mixture of public and private clouds as well as OnPremise assets. 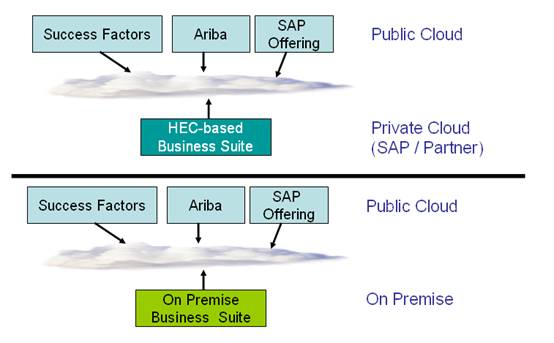 This concept provides existing SAP customers an easier transition to the cloud in that the pace of evolution can be customer-specific. A customer can start slow and replace particular internal applications at their own pace. What are some of the options for customers? 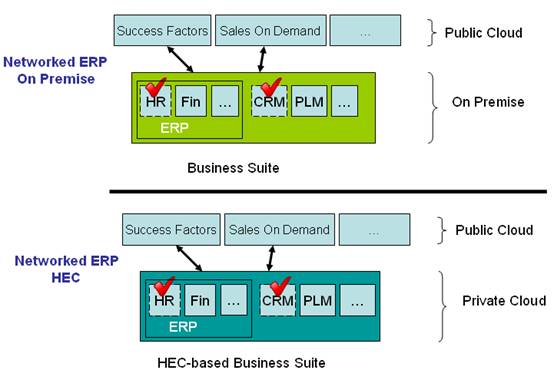 This strategy is a good fit for SAP’s existing cloud offerings. Through its various cloud acquisitions (SuccessFactors, Ariba, etc), SAP has gained distinct cloud-based functionality that could be used to fulfill the requirements of the networked ERP. The planned acquisition of FieldGlass demonstrates, however, that functionality that complements existing ERP features is also in focus.

There are some drawbacks, however:

There is another option which is also possible – one which doesn’t involve a Business Suite at all.

This model represents the most flexible scenario but I’m not sure that Corporate IT would be able to create a governance model that would provide the necessary control of the involved applications as well as their web of potential integrations. 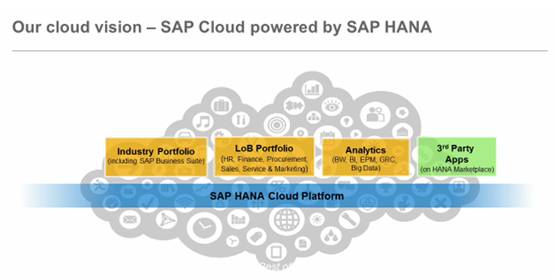 The idea of the networked ERP fits wells with the large number of existing customers who are transitioning to the Cloud.

There is one development, however, that makes this focus strange. The decision to port ByDesign to the HANA Cloud Platform is exactly what Sven describes as something that SAP should not do. “But do not believe the dreamers that want to build ERP again – from scratch”.  I haven’t heard about the ByDesign port in a while so I don’t know its status.   Perhaps, this port represents a phase following the Networked ERP that is purely SaaS-based.