Each year students from Australian universities are invited to enter this dashboard competition with the hope of winning an Apple iPad donated by SAP.  The students are supplied with a scenario, associated dataset, access to SAP Dashboard Design and associated tutorials.  The 2013 competition was based on a real life scenario related to an open water swimming race. 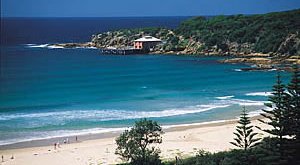 Tathra is a small coastal town in southern New South Wales with a population of 1,600.  Two of the local attractions are the beach and historic wharf.  A number of years ago, the Tathra Surf Life Saving Club were investigating different ways of raising funds.  As open water swimming races are very popular in Australia it was decided to conduct a race from the wharf to the beach and thus the Wharf to Waves event was created.  There is a 600m swim and a longer 1.2k swim for the more confident swimmers.  Many swimmers compete in both swims.  The event has been conducted for more than 12 years and attracts and is now the biggest tourist event in the region.

Many swimmers travel to compete in the event each year.  The results for each competitor including time and placing are published on the swim’s website.  A competitor’s swim times can vary significantly from year to year depending upon weather conditions (wave size, temperature, wind speed, tide,  etc).  The swim organisers required a dashboard on their website which could assist with the following information;

Dashboard entries were received from students across Australia representing 4 different universities.  Students were required to submit their dashboard and associated user documentation.  All entries were loaded into SAP Streamworks to facilitate judging. A ranking activity tool was created in Streamworks to enable the judges to submit their scores.

The winning entry was from Gunatah Iksan from Victoria University.  His dashboard can be seen below. 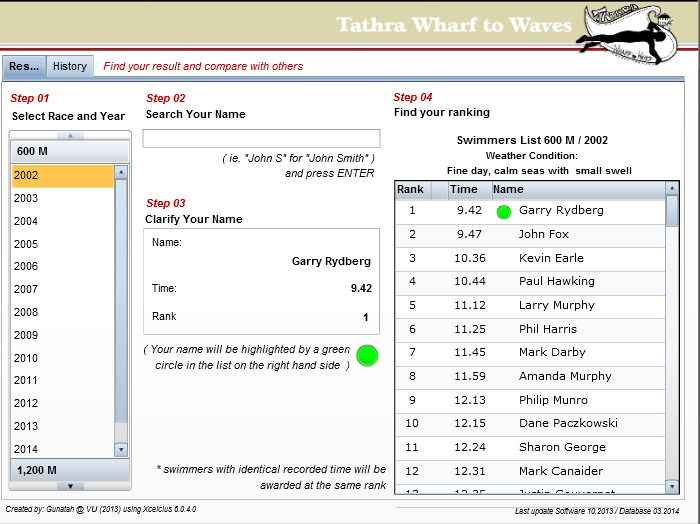 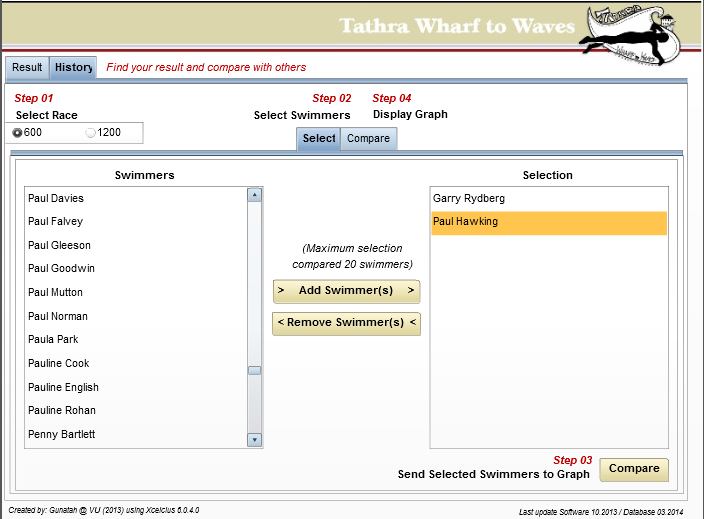 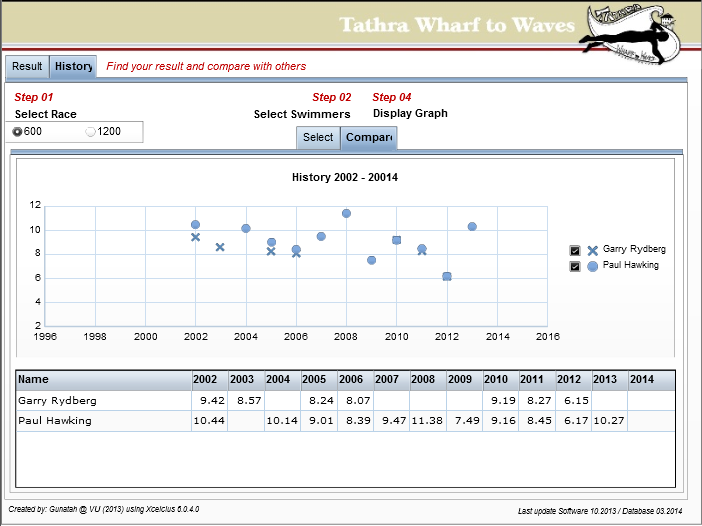 Gunatah was excited about winning and is now working with a group of students on a start-up utilising SAP HANA. Below is Gunatah receiving his prize from Brenton Nicholls, SAP University Alliances Manager ANZ. 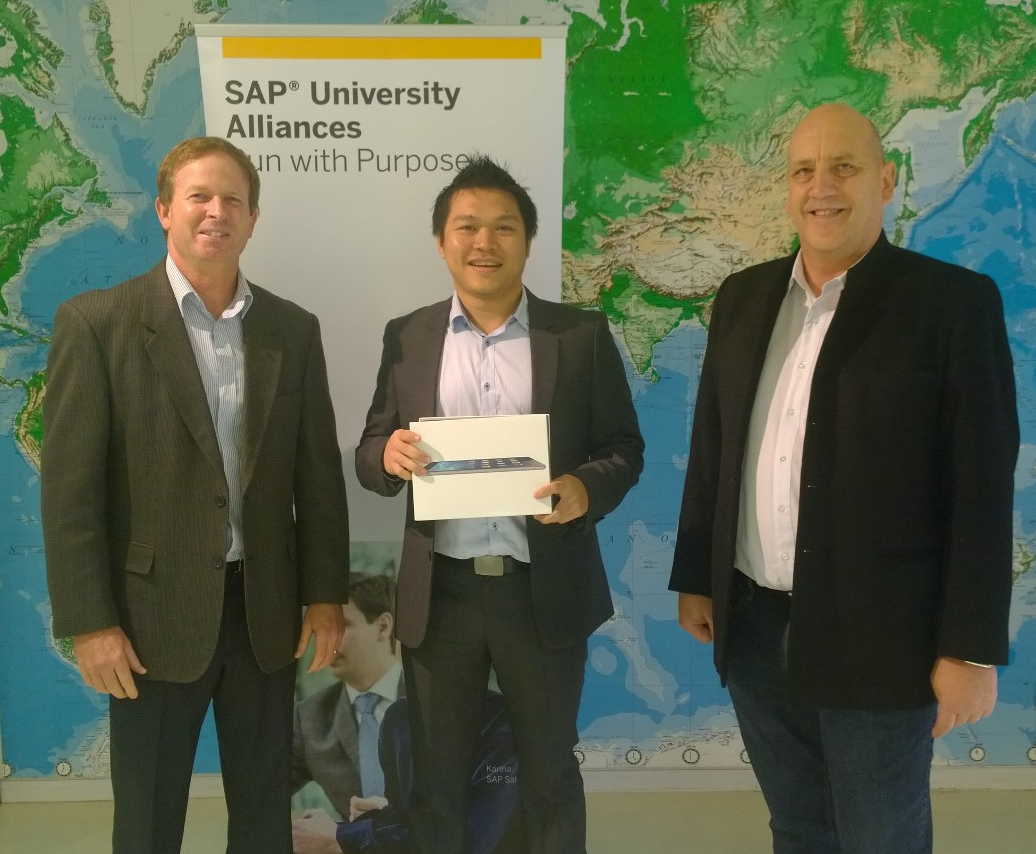 I would like to thank SAP for supporting the competition and SAP Mentor, Josh Fletcher for assisting with judging.

As a postscript to this blog unfortunately one of the regular swimmers was recently taken by a shark while she was training.  She was swimming with others to the wharf which they have been doing each week for a number of years. http://www.smh.com.au/nsw/police-conclude-search-for-tathra-shark-attack-victim-20140404-36424.html Although a very sad occurrence it will not dampen the enthusiasm of swimmers at next year’s event.

Looking forward to next project, Paul and Brenton.

Your student can be proud of you, giving them such an innovativ and realistic challange. Keep at it!