The Indian Premier Twenty20 Tournament showcases some of the best Indian Cricket talent on a world stage. The lightning speed of SAP HANA empowers us to swiftly build visualizations of historical T20 data in SAP Lumira. With a few simple clicks we can create a stunning visualization of the runs scored by Indian players for each of the nine teams in the 2013 season. 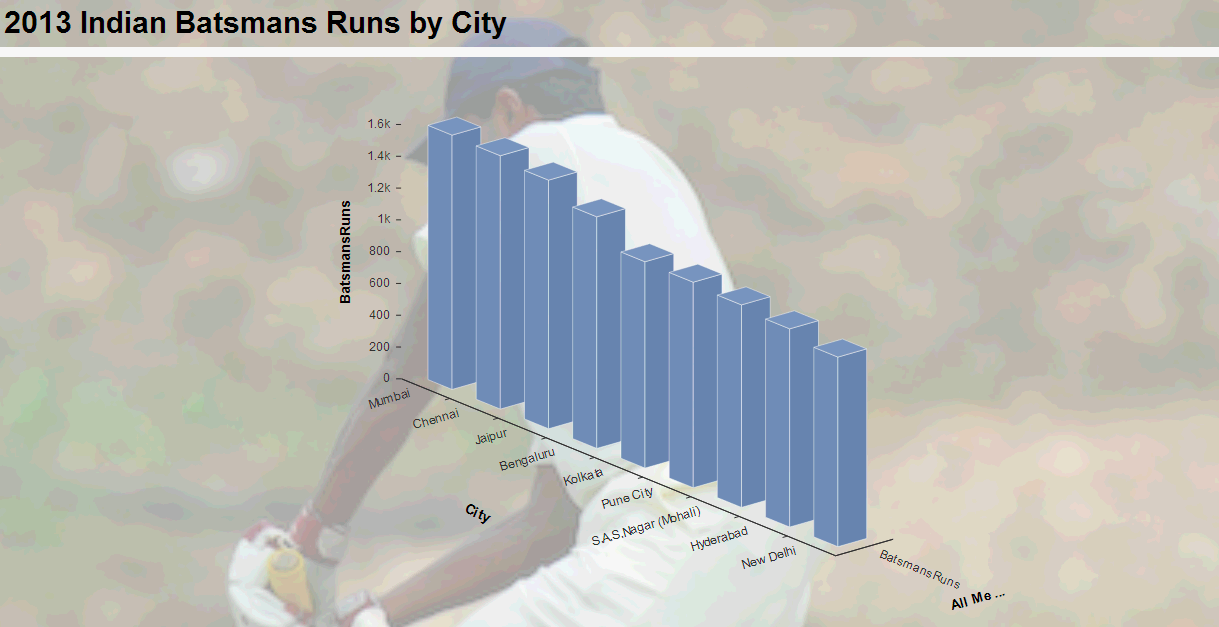 Mumbai led the league with the most runs scored by Indian nationals. The 1,600 runs scored by Indians were instrumental in guiding the “Duniya Hila Denge Hum” (“we will rock the world”) club to their first Championship trophy. Chennai, the side Mumbia defeated in the Championship match, were just six runs shy of the top mark. Meanwhile, the Indian nationals on the New Dehli side only scored 1,193 runs throughout the tournament.

SAP Lumira offers multiple options for Geographic visualizations. Check out the number runs scored by Indians per team depicted over a map of India.

Bangalore’s Virat Kohli lead all Indian nationals by scoring 634 runs through out the tournament including 164 runs against the New Delhi side. Check out the top 10 Indian run scorers for 2013. Each bar is split up by the opposition they scored against.

By quickly subbing in a different dimension and changing the chart type we can visualize which team each of the top 10 individual Indian run scorers played for in 2013. 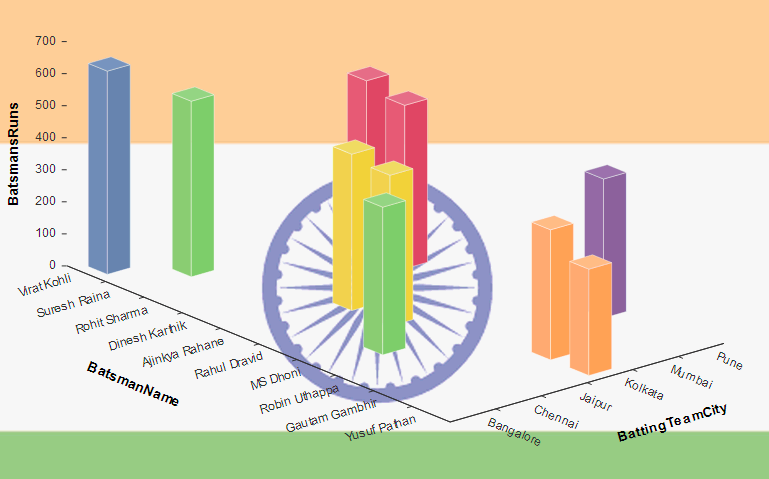 Chennai, Juniper, Kolkata, and Mumbai all had dynamic duos of Indian batsmen last season. The 1,048 runs scored by Mumbai’s Rohit Sharma and Dinesh Karthik topped the 1,009 combined runs scored by Chennai’s Suresh Raina and MS Dhoni. Mumbai’s powerful pair of batsmen were yet another reason why Mumbai celebrated in front of a packed house at the Eden Garden in Kolkata to end the tournament.

Which Indian batsmen will make a splash on the pitch this season?

Keep your eyes peeled for more visualizations created in SAP Lumira using historical Indian Twenty20 data from SAP HANA in anticipation of the 2014 season. Please check back regularly during the season for more insights about the action on the pitch.