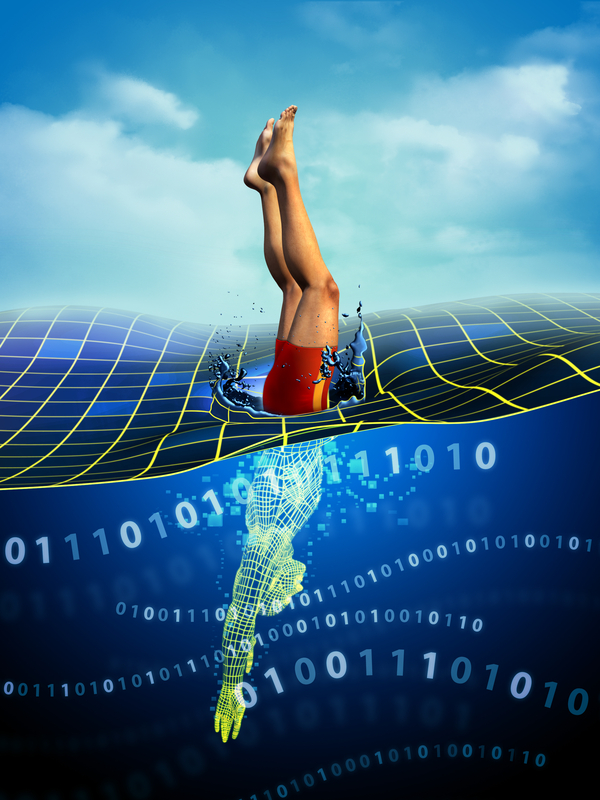 Industries and Lines of Business are impacted by cloud computing.

First, we need to understand Cloud in the context of a much larger change we are living through called Digital Transformation (DT).  In short, DT is a fundamental shift in the way we live and work such that the world is being defined around the individual, rather than the individual conforming to existing mass patterns. We increasingly live our lives expecting the world to adapt to our needs.  That’s because it has become a realistic expectation. This has implications far beyond technology, for example the acceleration of democracy movements globally.  Still, technology is the great enabler.  Things we used to do in the physical or analog world are now blurring into the digital world (how crazy is it that 3D printers are now a reality?).  Nest is my favorite example.  The networked thermostat is the hottest thing in Silicon Valley :).  Google recently bought them for $3.2 billion!  There are other networked thermostats, virtually all of them much less expensive and at least one provided by a dominant traditional brand in building automation.  But none of them understood how to make the thermostat revolve around the occupants needs like Nest did.  Apparently that’s worth billions.  If you need more evidence for DT than a 4 yr old thermostat manufacturer beating a 130 year old Fortune 100 company, don’t worry, there’s plenty.

Advances from sensors on everything (Internet of Things) to wearable tech (glasses, wristbands, clothes, etc) to global high speed networks to social media make DT possible.  Cloud is a very important part of that.  If you’re going to deliver the world to individuals as they expect, you better be able to move very fast and at extremely high scale.  There will be nine billion of us soon… and we’re a fickle bunch!  In case you have any doubt, delivering B2B is not fundamentally different than the demands of B2C — there’s a consumer at the end of every value chain.  There is no question that Cloud is the only way to keep up, no matter what business you are in.  We are in a transition period now, where there is legitimate debate about how to evolve to an all-Cloud world.  But make no mistake, Cloud is becoming the default model.  So much so that we won’t talk about “Cloud” as a distinct topic.  It’s just assumed, the same way network access is assumed.  No one is debating the value of high-speed access.  It’s just a question of what’s the best way to connect the whole world. And there are very few corners of the world that aren’t connected, for better or worse. Cloud’s going the same way.  So, in sum, every sector is impacted greatly.  It’s just a question of pace of adoption.

The cloud is changing your job and other jobs in your company.

Consistent with the DT trend, everything flows up from the end customer, who is driving incredible change throughout the value chain. Companies, particularly large enterprises, are lagging the consumer’s pace of change in this transition period.  As pace continues to accelerate, the impact on roles in the enterprise — and its partners/vendors — will be dramatic.  For consumers the move to cloud was largely incidental as a result of the great new services.  No one questioned the infrastructure behind “web mail” or thousands of new apps on their mobile devices.  They just embraced a valuable service they didn’t have previously.  The parallel will hold, with uneven delays, for the enterprise.  Enterprise concerns blocking the adoption of Cloud, while legitimate in their nature, are significantly overstated in practice.  Security, for example, is absolutely critical for any datacenter.  The notion that individual enterprises are more secure than major Cloud providers is… dubious at best.  Do security breaches happen?  Yes.  And they always will, unfortunately. The value of an enterprise trying to keep pace in that arms race does not hold up.  Most of the market understands this today.  Regulation has some catching up to do.  The direction is undeniable though.

Surprisingly, there are still many doubters with regard to Cloud, some of them in very influential positions.  That herd is thinning and increasingly migrating to a new pack of cynics; one which likes to play semantics in their definitions of “Cloud”.  They tend to throw many alternate definitions and flavors of Cloud around in an apparent attempt to create confusion while maintaining the status quo. I won’t take that on here!  Sufficed to say, “fighting it” is not a great career strategy.

Vendors and practitioners whose primary value revolves around core datacenter services need to be with Cloud providers who focus on Infrastructure or Platform as a Service.  There are a very select group of companies that will be effective as IaaS/PaaS providers, maybe 20 – 30 globally, because of the massive scale required to extract value.  Watch the progression as Cloud eats the IT stack. It’s turning each layer to commodity in succession to the point where only the IaaS/PaaS players can get value at extreme scale.  Meanwhile, the long-standing trend of function being pushed down the stack continues.  To illustrate: Storage, low end servers and PC’s are already heavily disrupted by cloud.  Major vendors have been pushed out of the market.  OS is long gone as a value driver.  What’s next? Well, it’s a moment of truth for database.  At the high end, we see application function delivered in the DB (e.g. analytics), which preserves its status as a platform, not just infrastructure.  At the low end, basic DB functionality has already been commoditized and is a feature of IaaS with little differentiated value.  It’s interesting to see how major DB vendors are straddling this line.  Some are pushing hard to be preferred Cloud infrastructure, thereby focusing their target on major Cloud providers.  Others are still prioritizing enterprise application infrastructures, which has a limited future.  For SAP, it’s critical to establish HANA not only as the platform of our Cloud but also a premier PaaS offering in itself.  “SAP: The Cloud Company, powered by HANA” is absolutely the right strategy.  So it follows that sellers who don’t understand how to make this relevant for their account are putting themselves and SAP in a rough spot!  The current enterprise IT ecosystem — including the thousands of enterprises and vendors/partners that serve them — has a major over-supply of “datacenter” skills.  There is only so much of that required in the coming era of fullCloud adoption.

New job opportunities are being created by digital transformation and the cloud.

The Cloud will create some interesting dynamics over the next several years. Just as core services are being commoditized and delivered as standard Cloud infrastructure, more business-specific functions are being delivered as differentiating value on the top of the stack.  A major trend is the increasingly vertical nature of all offerings.  Horizontal services such as sales-force automation are no longer unique.  Delivering field sales tools for retail versus healthcare providers, for example, are very different propositions.  In the past, it was enough to say “it’s cloud, that’s a lot easier than on-premise, so get on board like everyone else.”  Some economics and operational issues made that an easy choice.  If a client wanted specialized function for their business, they had to go build that with a long services engagement.  Now, vertical CRM solutions are pushing hard into the space.  It’s no longer the client’s burden to build it out from a horizontal, generic package.  It starts out as a 90% fit with minimal customization required.  That’s a big opportunity for those with industry expertise, while the first generation cloud application vendors are feeling the heat to keep up.

The migration of custom services into standard function is occurring in several areas and creating huge value.  One of the most interesting, from my perspective, is the entrance of digital agencies.  As digital marketing takes off — projections have it at $120B spend in 2014, roughly 20% of total ad spend — we have seen a wave of companies rising to meet demand.  They are a mix advertising agency, media buying firm, consulting house and technology (always Cloud) provider.  Five years ago, it was exceptional for an enterprise to have a serious investment in a social/digital strategy.  Now, we find the emergence of a Chief Digital Officer, a kind of CIO/CMO hybrid, across the enterprise landscape.  Serving these needs, which are a direct result of DT, creates huge opportunity.  The question now is, Who will seize it?

There are some jobs at risk…

We are living in a low growth economy with extreme change.  That has winners and losers.  My thoughts on the basic criteria are above.  Either you are leading in the direction of Digital Transformation or the market is moving away from you.  Fundamentally, you need to add value at the top of the stack rather than fighting the paradigm shift.

Who is impacted?  Everyone from the CEO to the recent graduate trying to break in.

The skills of the future are hidden in plain sight.

Find your way to the top of the value pyramid, always closer to the customer.  For sellers, if you are focusing on ‘speeds and feeds’ or closing your deals by financial repackaging of maintenance streams, you’ve got a problem.  Cloud selling forces us to know the business impact of our work.  In early days of Cloud, the case was often made on a simple cost basis.  That’s not the message now.  The core of Cloud’s value is agility.  The speed with which we can constantly meet and exceed the needs of the business.  Of course that depends on us knowing those needs very well.  Pace of change is everything (insert evolution reference here).  So the critical skills come back to the things our best professionals have done all along: Understand your client’s business extremely well and guide them on the path of constant improvement.  Often, that means understanding your customer’s customer as well as you possibly can!

Educational options abound in moving toward a cloud career.

We have many educational options in moving toward a career ‘in the cloud’.  All the traditional enablement tools are there.

I would encourage anyone to dive deep into the business they want to serve.  Fortunately, there are endless sources of information.  The fact is, our clients are telling us all about themselves all day through all the touch points we have.  Take the opportunity to listen, listen, listen to your potential and existing clients.  Live discussions are gold.  Make the absolute most of understanding what your client is telling you.  Social media is also an invaluable resource.

There’s no shortage of information available to you.  Dive in!

If you’d like to read more opinions on how cloud computing may affect your industry or line of business – and thus your career, check out cloud career central!