The 2014 Indian Premier Twenty20 season will begin soon in Abu Dhabi. With top players shuffling sides during an eventful auction, the Emirates should feature some exciting first matches before the tournament moves to the subcontinent.

Jamaican Chris Gayle has been an absolute force for Bangalore over the previous two seasons scoring 1,528 runs. The West Indian national shattered numerous records in a historic innings last season against Pune by scoring 175 not out in just 66 balls. Gayle smashed 17 sixes and tacked on 13 fours. Gayle scored the highest amount of runs ever in a Twenty20 innings and propelled his Banagalore side to 263 runs, a Indian Premier record. Check out some graphics on Gayle’s incredible innings.

Chris Gayle’s batting shot type. Over half of his runs were drives. 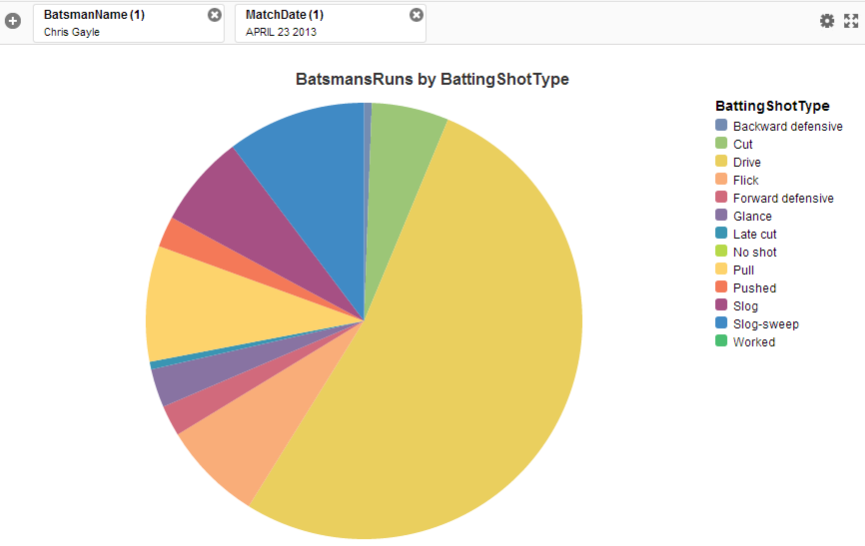 Tag charts of key aspects of Chris Gayle’s batting during his historic innings.

Gayle scored 70 of his 175 runs from front foot drives off the middle of the bat.

While the all-rounder Gayle had a tremendous 2013 campaign but he was not the highest scoring batsman last season. Michael Hussey’s 733 runs throughout the tournament garnered the Australian the Orange Cap.  Check out the five highest scorers from 2013. 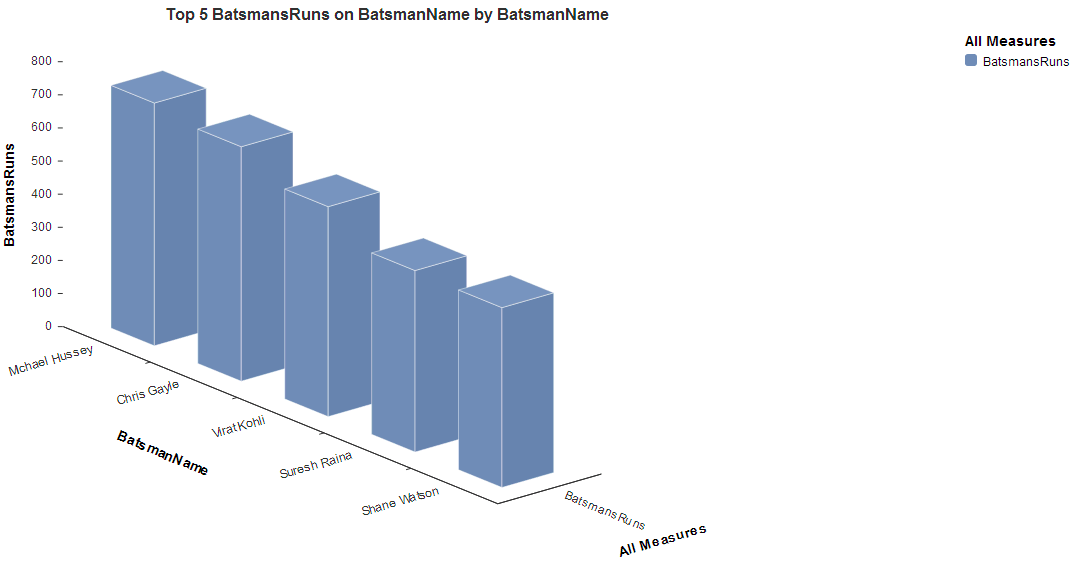 Hussey’s Chennai side came up just short in the title match to Mumbai. However, this season Hussey will be joining Mumbai for their Championship defense. Hussey will add tremendous power to an already explosive squad lead by team Captain and highest team scorer, Rohit Sharama. See the individual breakdown of who scored during Mumbai’s 2013 Championship campaign. 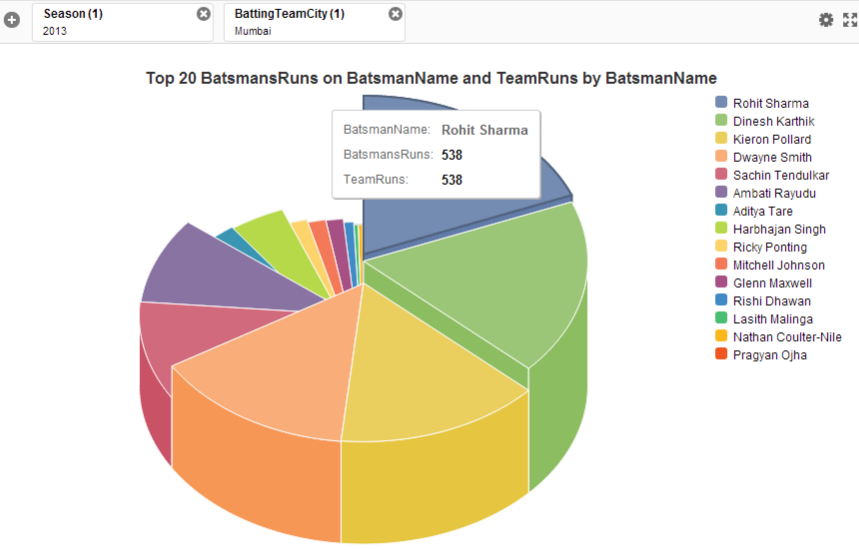 Keep your eyes open for more visualizations created in SAP Lumira using historical Indian Twenty20 data from SAP HANA in anticipation of the 2014 season. Please check back regularly during the season for more insights about the action on the pitch.

Just intrested to know where did you get the source data for this?

We received ball by ball data from Opta Sports and uploaded it into SAP HANA after the conclusion of every match.

Here is some more information on how we got the data from Opta Sports:

For information about our entire Cricket Demo please check our tutorial video series: