The voyage home from the UK was a long trip. I started my journey around 17:30hrs and arrived home around 00:15hrs. Not bad for a flight that, according the pilot, takes only 45 minutes. Sometimes I think when will I be able to say the words “Scotty, Beam me up” and a few seconds later you are at your destination.

Also this time the Tardis let me down. As you can see I was fooled by a fake one. As soon as I entered this one I knew there was something wrong, because the interior was so small. So I had to take a taxi to the airport and fly home.

On Heathrow airport the security was very tight due to the Nuclear Security Summit in The Hague. It took me 2 hours to get through the security checks. It was mostly waiting on other people who brought stuff that wasn’t allowed. When it finally was my turn the security officer apologized for the delays. I told her not to worry as I had plenty of time and I had watched this real life Airport episode with pleasure.

Arriving at the gate I got informed that my flight was canceled, but I lucky me they had a seat on a different flight. This gave me not that much delay. The rest of the flight was fine, no delays at Schiphol or traffic jams on the A2 at this time of the night so I was lucky. I still enjoyed my trip to the UK, because now I can place faces to the names of my colleagues at SAP Education UK.

The rest of the week I did some catching up with my colleagues at SAP Education NL and working on my e-mail backlog.

On Monday morning I was ready again for my 5th week of teaching SAP HANA classes. This was really a voyage home, first because I was back in The Netherlands again. In the second place because I was now teaching the HA200 class. This HA200 class was the reason that I started my SAP HANA journey some two years ago. Last but not least the participants in this group were all SAP NetWeaver Technology ‘old-timers’ that followed many SAP NetWeaver technology classes taught by me. It felt like a reunion.

So this week is a walk in the park you would think, but that is not the case. The guys are all SAP System administrators with many years of experience so they know their stuff. Also there was one experienced Oracle DBA in the group and he wanted to learn about SAP HANA. So again a very challenging group, but that makes it also very interesting for me.

From the feedback I got they were not happy with this new graphical installer. It worked so well and it was way to easy to use. Performing a Scale-Out installation was a walk in the park. This kind of remarks really put a BIG smile on my face, because I know most of these guys and when they give comments like this I know we (SAP) made something they liked.

I showed them how to this from within SAP HANA Studio, but I also showed them the browser version. The rest of the we filled with SAP HANA Architecture and Deployment options. We had good discussions on these topics. At the end of the day I was tired, so the participants did a good job in asking many questions.

When driving to work on Wednesday I realized that I hadn’t taken a picture from the SAP building yet. It was a beautiful sunny day, so I stopped in front of the SAP building and took a picture. This is actually the front side of the building. That missing block in the middle is a roof terrace with a small tree. 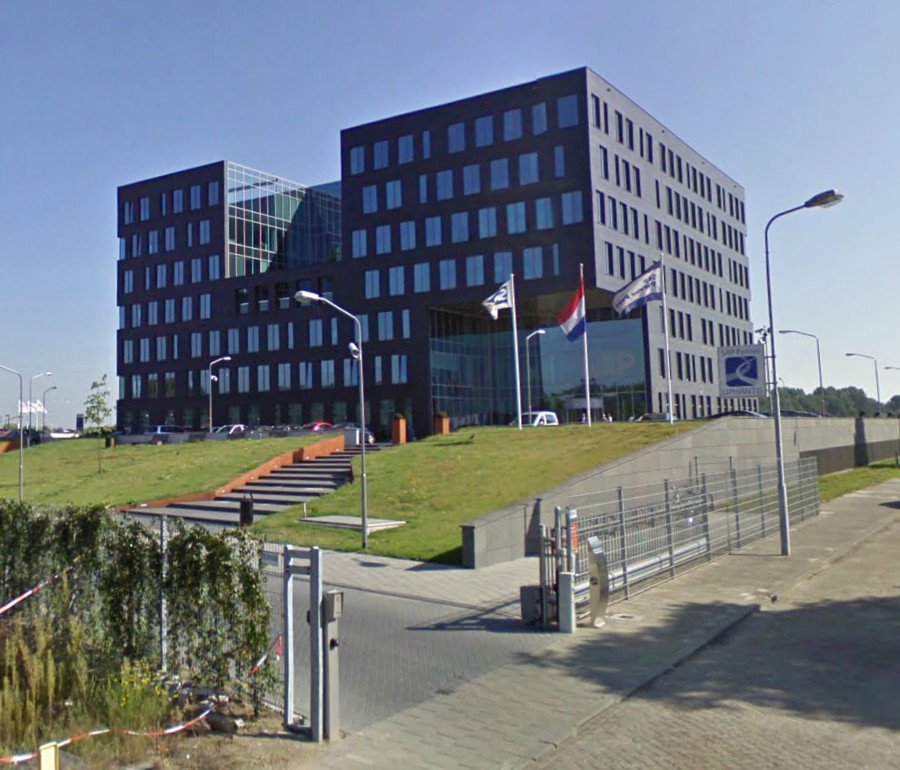 During the rest of the week we were lucky because the allocated installation servers were not needed by other groups so we could use them. On these systems we made our backups and tested the system restores. All worked out fine. No aliens on our systems this week.

On Friday the units on High Availability and Disaster Tolerance are covered and because our installation servers were still available I showed my participants how to setup SAP HANA System Replication. Using the SAP HANA Studio this task becomes really easy and the participants also wanted to try this. So after some time we had 5 SAP HANA system being replicated. Cool!

This week HA200 week isn’t ended with a certification, so we had no exam stress.The atmosphere was, as described by President Obama, “it has been truly gezellig” I had a fun week and from what I understood from my participants they also enjoyed the week SAP HANA Technology. I was so busy talking about SAP HANA that I forgot the most important thing …… the group picture!! How could I forget!!!

So how to fix this? Easy does it. I just ask my participants to send me a selfie and then I will put these together in a group photo. I didn’t receive a selfie from everybody in the group, but still it’s a nice result. 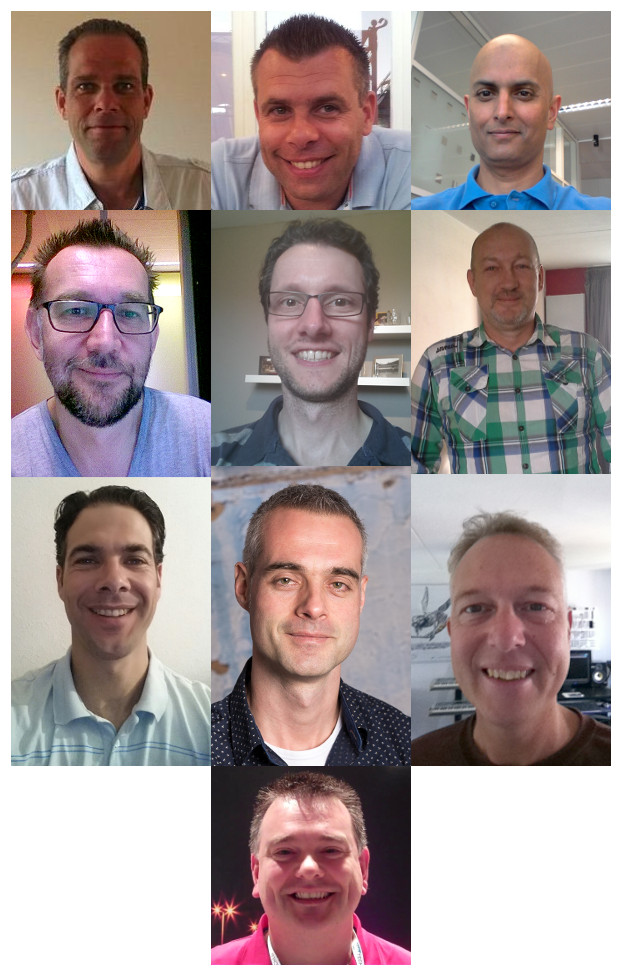 !!Thanks for sending me your picture!!

So next week will be the last week on my SAP HANA tour. This will be a new adventure as it is the HA200 in a Virtual Live Classroom (VLC) setting. I have already done a few VLC classes before, but never a 5 day class. I know my girlfriend will be happy with this VLC, because I will be working from home and that means I will be doing the cooking. 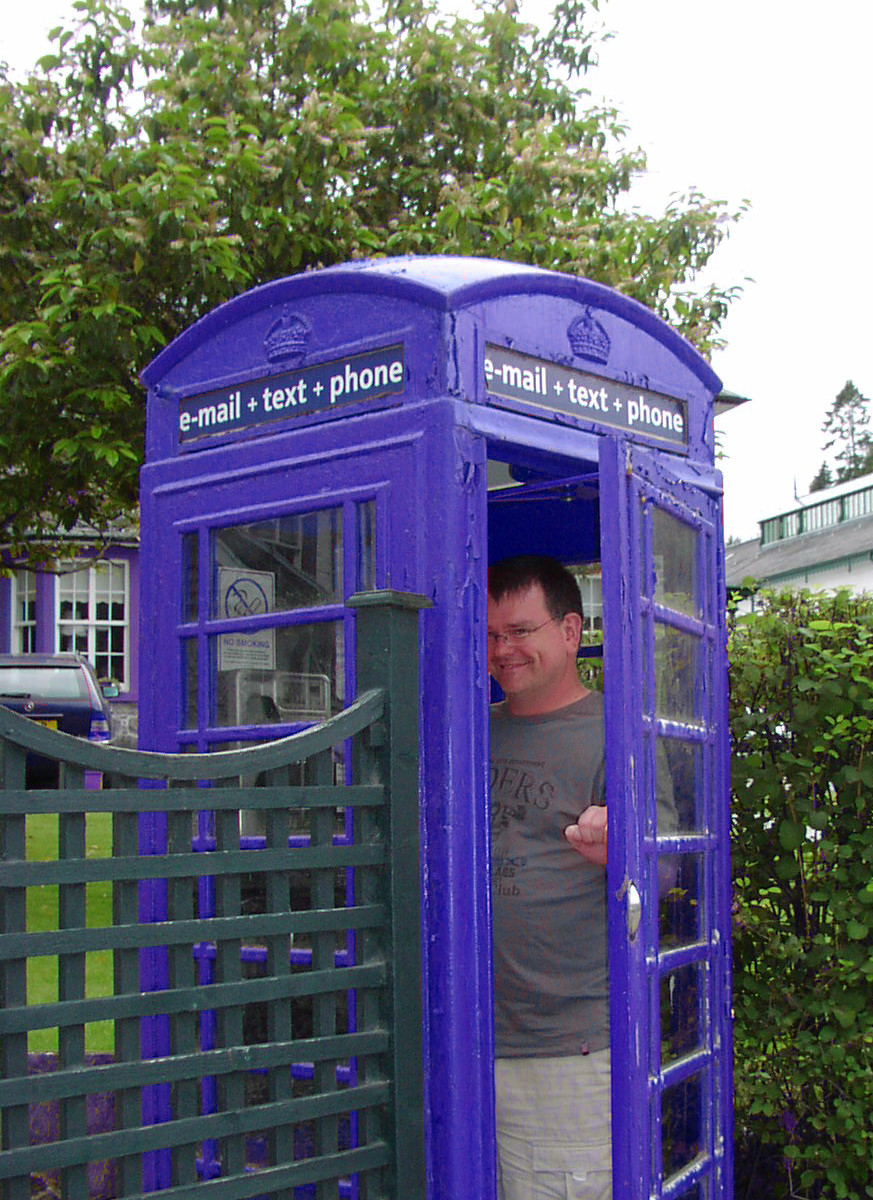 The selfies are great and I've enjoyed your journey.

Well done series and thank you for sharing.

I'm glad you enjoyed Heathrow too....

Don't worry Tammy, there is still one week to come. It's a VLC class and that is interesting too!

BIF about my cooking Oh Nooo!!! That would be a bad topic for a blog.

Well, you already have Dr. Who pictures, a picture of a fantastic suitcase, so you have a good start for a BIF blog (hint, hint) 🙂

It's really fun reading about your tour. I like how you show the different buildings, the content of your classes and the group photos are also a nice idea. I'm looking forward to the last chapter to see how the virtual teaching is going.

I really like the challenges you take and the additional topics you include, always taking into account the knowledge the participants bring to the classroom.

You use the available ressources to their fullest and for best effect, great!

I am really looking forward to your account of your VLC experience.

The VLC is in it's 4th day now and untill now it goes pretty well. Saying this will mean that as of now everthing that can go wrong will go wrong 🙂

I'm in luck here because I have a group that has already done a few VLC sessions.