I would like to share with you all a scenario which I’ve come across in ‘PO Release Strategy’, and the requirement has been met by introducing a small enhancement.

Note: There was no solution in ‘Standard SAP’ (confirmed by SAP), thus achieved the requirement thru enhancement

Example: PO Release Strategy is configured for 3 level as explained below;

For the above stated release strategy the standard SAP has provided an option to the 1st and 2nd (L2 – Local Purchase Manager & Finance Manager) level approvers to revoke the purchase order, which is released completely by 3rd level (General Manager). Few business advises to restrict this functionality, as they expect the functionality should be like once the PO gets released by General Manager (final approver), neither Finance Manager nor Local Purchase Manager should have the authorization to revoke the PO, until the General Manager revokes it.

Restricted the release authorization at the role level for the transaction code ME29N, by doing screen enhancement. Since the requirement is not achievable in standard sap (confirmed by SAP). 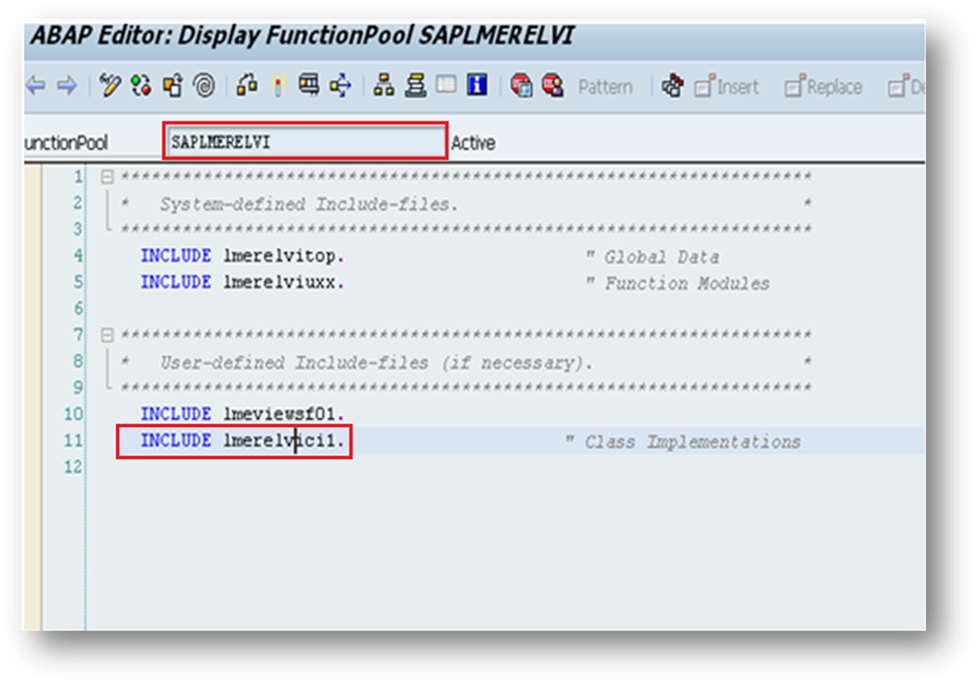 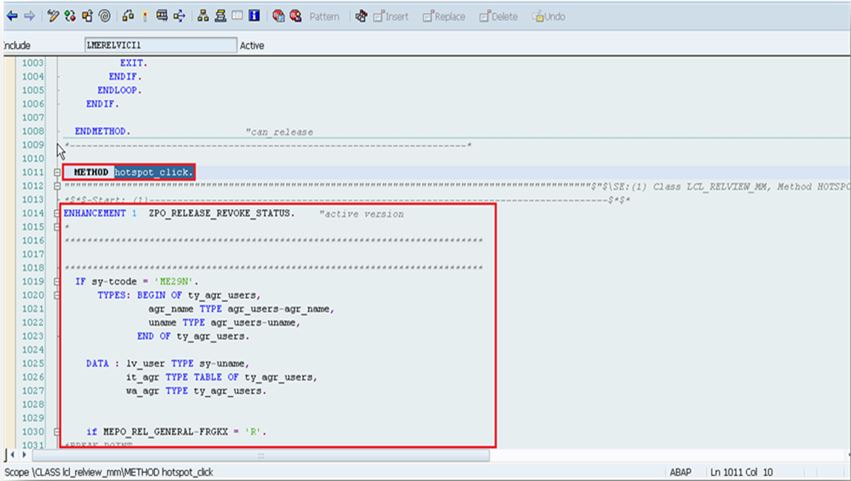 READ TABLE it_agr INTO wa_agr WITH KEY agr_name = ‘GM:GENERAL_MANAGER’.
IF sy-subrc <> 0.
MESSAGE ‘You are not Authorized to revoke the Release Strategy, until the final level revokes the PO’ TYPE ‘I’ .
EXIT.
ENDIF.
ENDIF.
clear : lv_user,it_agr,wa_agr.
ENDIF.

Local Purchase Manager is trying to revoke a purchase order, which has already released by Finance Manager & General Manager, but system is throwing an error message, as expected. 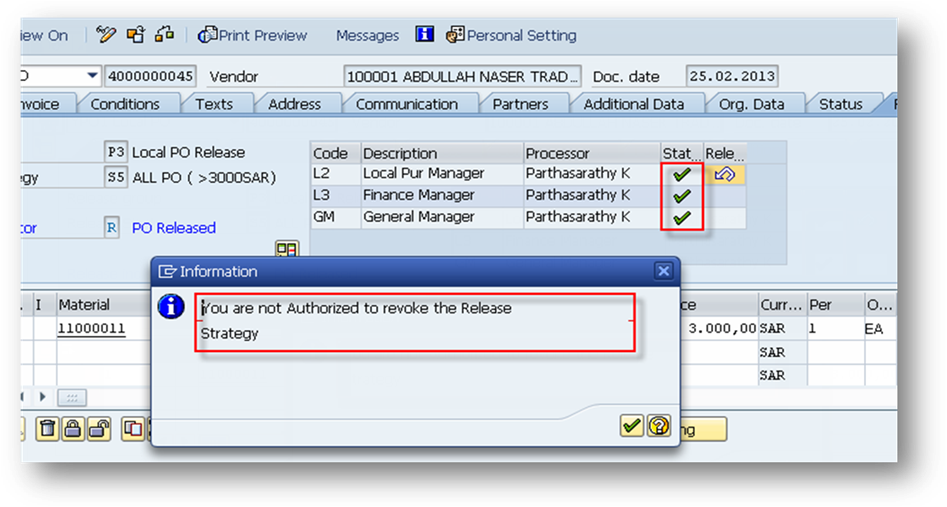 Hope this document is clear for you and helps you in your current or future project(s) .

Thank you for reading the document .

Nice one...however dont forget NOT to give tcode ME28 to the approvers, otherwise they can cancel the release through this tcode.

Thank you Yosea 🙂 , thanx for the suggestion. 🙂

Good document. The requirement was there in one of my previous projects. Must be useful for upcoming projects as well..

By the way.. you could have removed the *BREAK-POINT from the code 😆 Anyway good effort.

Good effort, keep it up.

Thanks for telling, I've removed the 'BREAK-POINT' 😉

Good doc. May be useful in future developments.

Thank you Patel & Dhamotharan for your comments 🙂

Very helpful doc. Thanks for sharing the info.

Thank you for the comments 🙂

Nice Document. Thanks for sharing.

How do we proceed if instead of waiting final approval to restrict users, the revoke stays impossible when my direct superior already approved the PO.

In you example, if Finance Manager already approved PO, local purchase manager should not be able to revoke PO.

Sorry for the delay in response.

If you are looking for such an enhancement, please follow the below procedure to achieve it. The method is better in terms of flexibility and for compatibility.

Please let me know, if you require any clarification.

Wow, what a document! very well explained 🙂 . The language and the flow is really understandable easily. Thanks a lot for sharing such a nice document 🙂

Could you please help me how to add this solution to release cancellation through ME28 (ALV).

The procedure is almost same, but I would advise you to get clear understanding of your business requirement, and if the requirement is same as this document, sit with your abaper and ask him to implement the given solution by finding the right spot for the transaction ME28.

If you require any assistance on any specific question, please do let me know.

Hi Niryana N, I have the same requirement as above for ME28 transaction, I am unable to find the enhancement point for this requirement. Can you please guide how to implement the same solution in transaction me28.