To cater this problem, the MDN appearing in plain text needs to be converted to XML format. This is done through the Standard bean “MEssageTransformBean” using following parameters.

After placing the bean successfully, the MDN response looks like this in SOAP UI.

i. Save, activate and deploy the Iflow.

Test of the Scenario:

i.  Download the WSDL for the Integration Scenario from the corresponding ICO in ID and import it in the SOAP UI to create a SOAP UI Project. Specify the     authentication details along with the correct URL and hit the Execute button. 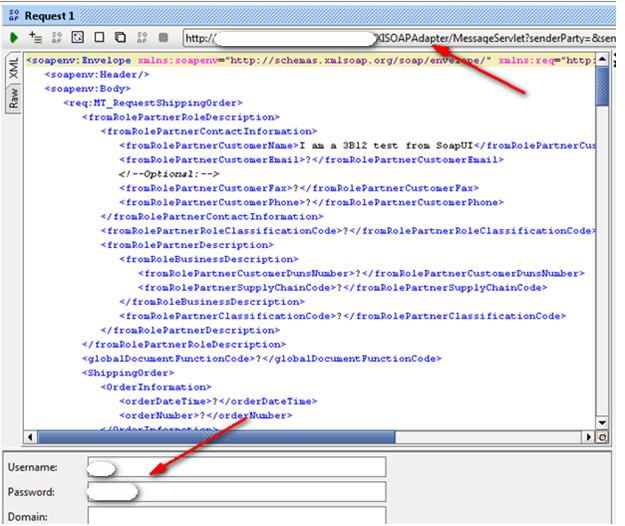 ii. The successful response is received in the Response window. 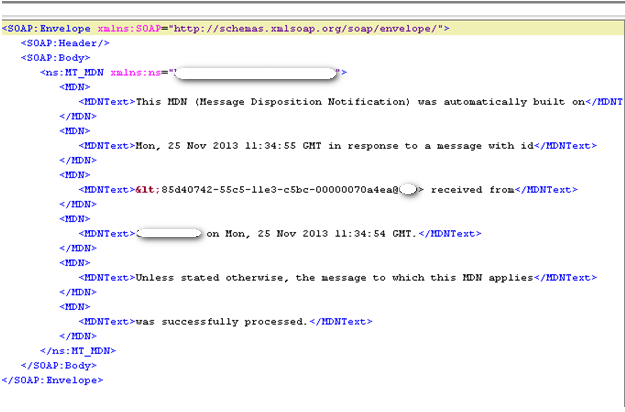 iii. Go to the Message Monitor and two successful messages can be seen that correspond to the outbound request and incoming response respectively.

iv. In the Message Log for outbound request, the AS2 Receiver Channel Details can be found out. 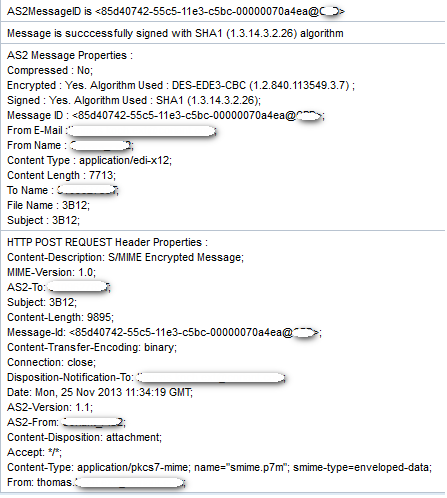 v. The Message Log also shows the receipt of MDN and it passing through the MessageTransformBean. 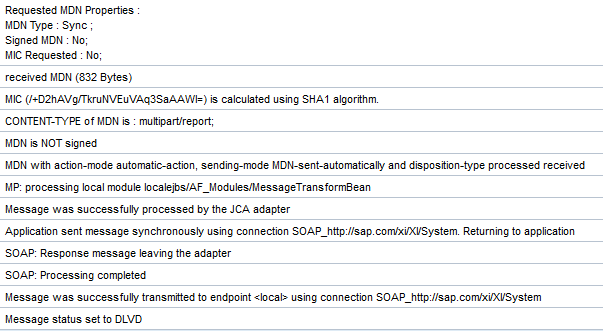 vi. Now go to the B2B Acknowledgements and the MDN status should be Success with the status code as VALIDATED_SYNC_POS which means that the synchronous MDN message has been received successfully.

vii. Now select the Response message. It shows the delivery of the Message to the Sender component.

i. Import the dtd (data type definition) in the RosettaNet format as an External definition which will work as the Data Type and Message Type for Receiver Side. 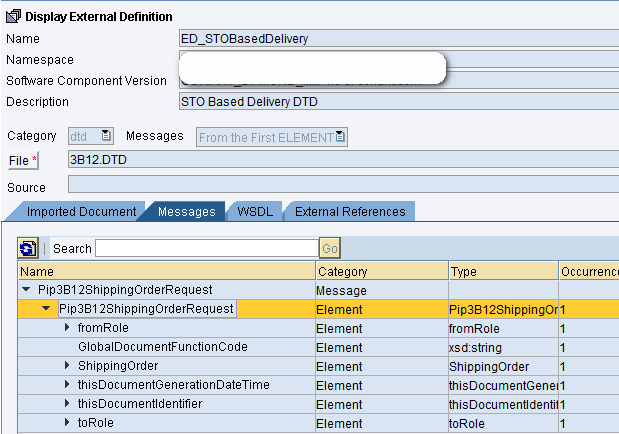 ii. Import the Idoc on the sender side which will work as DT, MT and SI.

Note: The Interface pattern for both Receiver SI has to be Stateless (XI30 Compatible).

v. Create an Iflow in a usual way while configuring IDOC Channel on the sender side.

(The multiple recipient list or the branching appearing in the Iflow below can be ignored. This was specifically done to achieve the client requirement).

Note: The Iflow has to be a Non Specific Operation.

vi. Define a specific Channel name for AS2 Receiver Channel . Now configure the AS2 Channel exactly in the same manner as in the scenario 1 apart from the following two differences.

b. Modules: As no MDN is received from the partner hence there is no need to configure the MessageTransformBean to convert the plain text MDN into               XML.

vii.  Save, activate and deploy the Iflow.