Behind the Scenes: Brian Bernard

Today I’m happy to go Behind the Scenes with Brian Bernard, an integral SCN Team member! Brian is a content strategist for a range of technical areas such as the SAP Developer Center, HANA, ABAP, and more. He is a self-proclaimed ‘social introvert,’ which also comes through in the SCN team quotes when they note his quiet ways and “the guy behind the scene” reputation.  He’s been long involved in the community and has great relationships with colleagues and stakeholders all over the world. Please read on to learn about Brian. 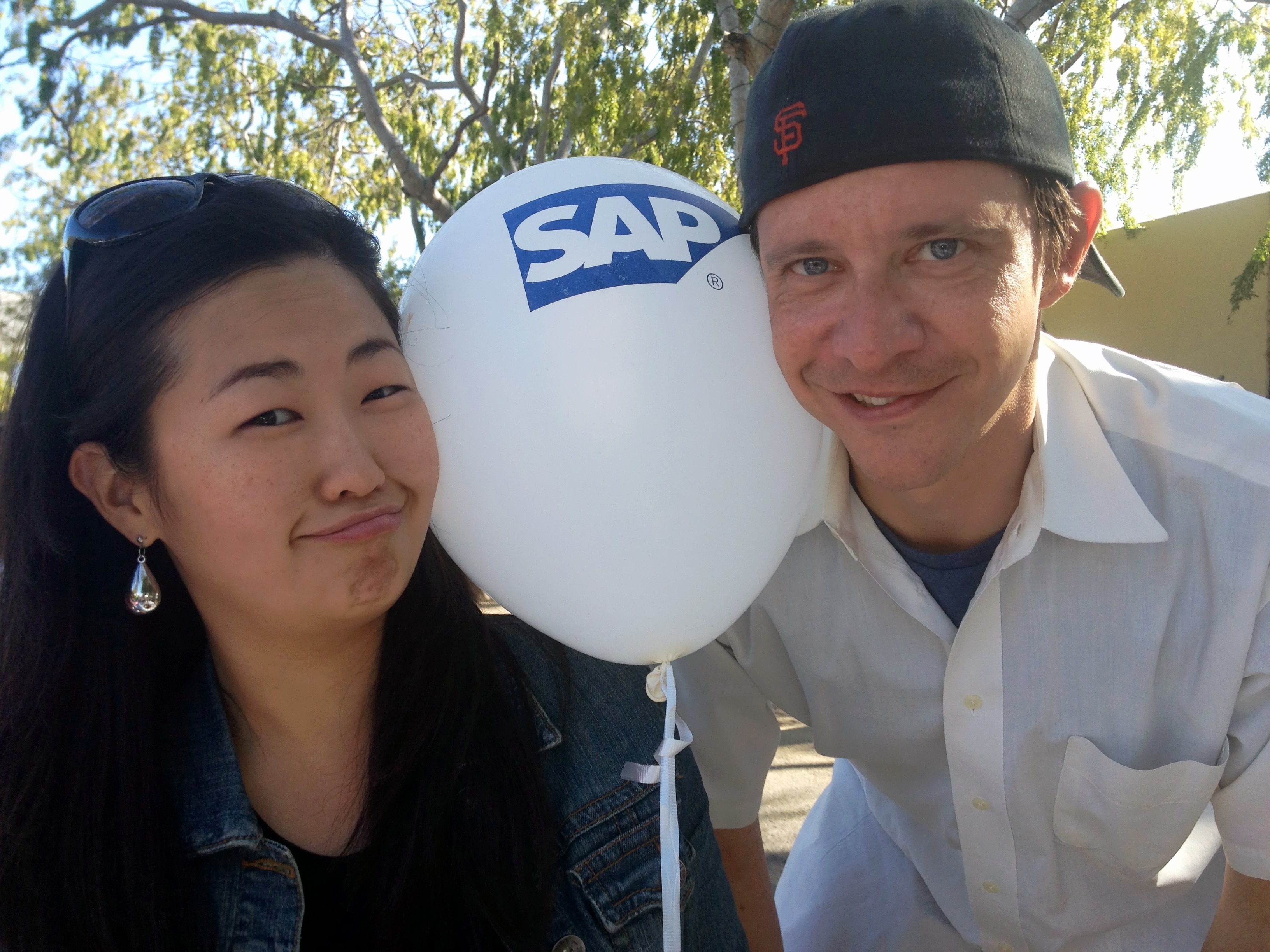 First, in Brian’s own words, a few personal facts about him: When you’ve spent almost exactly half your life in two places, which one are you from? Born in the ‘burbs of Michigan, I spent the first half of my life coming and going from the suburbs, exploring the beautiful northern part of the state or sneaking to Detroit to hear live music. Since then I’ve been stationed in San Francisco where I’ve enjoyed a rich urban lifestyle thanks to rent control.

I’m recently married and super excited to make a second trip to Seoul to visit my wife’s extraordinary family in April.

Can you please share your title and your and role? I’m a content strategist on the SCN Operations team in SAP Integrated Digital. I started in 2004 back in the pre-SCN “SDN” days of the community. What a ride it’s been! I’m proud to be part of the team and the community.

During my tenure on the operations team, I’ve focused on building and maintaining relationships with SAP stakeholders who in turn run their areas of the community. In the parlance of today’s platform, I primarily support space editors. But I’ve also poured volumes of blood, sweat, and tears into the plumbing that makes the platform work, too.

I’ve also enjoyed my role as TV producer, if I may embellish the title. I’ve been the content producer for the past four seasons of the SAP TechEd Live interview program, where I’ve learned a ton and met so many interesting people.

I enjoy reading the fabulously technical and passionate content that the community produces, and being part of an editorial machine that keeps that conversation going.

That last bit reminds me of my grandmother, a proper English lady, who always felt compelled to keep the conversation going at family gatherings. Awkward silences were literally unheard of. But I don’t have to worry too much about that with my SCN family.

Can you share an interesting project you’ve worked on? Over the years I’ve worked on a number of migration projects, and I’d have to say the integration of the BusinessObjects Diamond Community was a highlight. Trying to successfully manage the transition of a totally different community (built on the open source Drupal platform) to our landscape was a challenging and rewarding experience. I think back to the quizzical looks on the faces of my new Vancouver-based colleagues when presenting aspects of SCN, faces that I still get to see in the halls of Palo Alto or TechEd. The problem-solving that went into migrating a massive amount of content and lessons learned getting a well-established community back on its feet proved useful later on…

… Indeed, there was another migration in the spring of 2012 that was also “interesting” 🙂 .

When asked to share a personal experience; one tip/resource/guide that he recommends after finding it helpful (from personal experience), Brian shared the following fascinating story: Know your surroundings. I got stuck in San Jose, Costa Rica on the way to Honduras on one of my first backpacking trips. (By the way, you may note that Costa Rica is not on the way to Honduras, but well past it. How I got dropped off in San Jose is for another time.) “When in Rome,” I figured, so my companion and I began exploring the city. As dusk drew near were enchanted by a beautiful, mutli-colored rainbow like I had never seen – probably a combined result of the recent eruption of Mount Pinatubo and a relative of El Niño’s.

Dusk grew darker and suddenly… odorous. My travel companion and I suddenly realized we were on a trash infested alley, when odorous turned ominous. A local man stepped out of a dimly lit door, took one look at us, and said – in plain English – GET OUT OF HERE. We were not welcome there. And so we got the hell out.

Sunsets are pretty but don’t lose your head!

When I asked Brian what the community would be surprised to learn about him, he texted his wife, who wrote: “That you can handle spicy food like nobody’s business.”

But if we pinned him down… I guess maybe that I consider myself a social introvert?

Gali: I love the term! While it might be a bit of an oxymoron, it works 😉

Personal philosophy: I studied a lot of philosophy in college so I prefer not to reinvent the wheel.

The next four questions are taken from the Actor Studio interview questions:

What is your favorite word: Onomatopoeia, because it mixes the senses and never runs out of fun.

What sound do you love:  A night-time symphony of summer bugs

What profession other than yours would you love to attempt: Industrial designer, pro baseball player, travel writer, or food blogger would all be worth a go.

What is your favorite SCN space/feature and why? Despite certain shortcomings when it comes to content management on the “new” SCN platform, I find the experience of “space” captivating. It’s an immersive, corpuscular community experience that I really do think helps foster engagement around specific topics. And since I’ve always been involved with layouts and templates for how content is presented, I’m excited about the capabilities and possibilities for ‘packaging’ the experience together with widgets and feeds on the space overview pages.

I learned from Brian’s Facebook that he studied physics in the University. So I had to ask, how does one roll from physics to Content Strategy/Editor? Ha! I’ve had to explain the arc of my career before. Good question 🙂 . I started volunteering at the Exploratorium (“a hands-on museum of science, art, and human perception”) in San Francisco in 1995 as a science consultant for a project called Sports Science. This was an interactive Web site that combined cool cartoon-style multimedia, number-crunching calculators and interviews with professional athletes to teach scientific concepts.

I was fascinated with the idea of exploiting the fledgling World Wide Web for science education. This landed me a job at a small Bay Area company called Classroom Connect writing science curriculum and developing interactive media to deliver to K—12 schools. That’s when I really began a career ‘doing’ content, collaboration, and community – so it wasn’t actually a huge stretch to start working for SDN – although the age of the average end user when up dramatically. 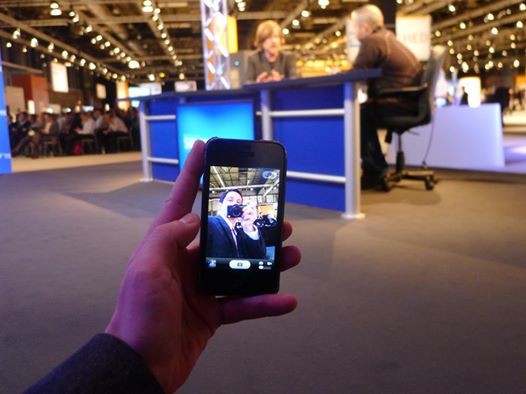 You’ve attended many SAP TechEd events and taped many live interviews, could you share a favorite experience or a favorite interview? There have been so many good ones over the last four years. I particularly enjoyed the segment Creating a Successful Culture Creates a Successful Company with Dr. Alea Fairchild (Research Fellow, The Constantia Institute) and Todd Wilmsfrom SAP.

James Governorof RedMonk gave us pretty brilliant interviews the last two years, his latest being The New Kingmakers and the Enterprise with Thomas Grassl of SAP.

I know that you are a restaurant connoisseur, any special recommendations in San Francisco (SF)? You won’t find my favorite dish in the trendy food blogs or hipster neighborhoods of SF, but at a Chinese restaurant called Old Mandarin Islamic Restaurant. “Extremely Hot Peppers” is an insane potpourri of spicy peppers and bits of chicken (I think) that is addictively painful. TMI?

Gali: As I’m less adventurous than Brian when it comes to spicy, he’s promised me a list of delicious and less ‘hot’ places on my next visit 🙂 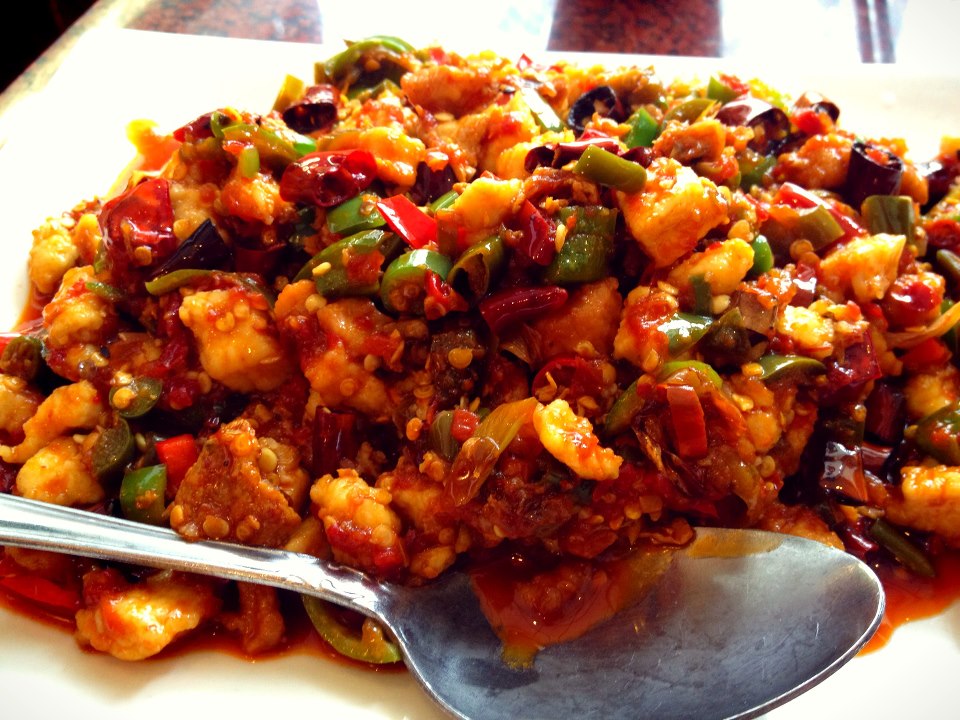 Brian is a pleasure to work with. He is committed, knowledgeable, modest and as the quotes show “gets the job done”. Please read on for SCN Team quotes:

• “Brian exemplifies the voice of reason, which is why it is so important to have him on our team. Although he’s often quiet, it’s because he is thinking things through thoroughly, and anticipating possible outcomes. When he shares his thoughts, everyone listens because it’s usually one of the best answers to burning questions and concerns. The way that Brian works demonstrates wisdom, integrity, and teamwork.”

• “Brian is a valuable member of the team, with expertise in content management and strategy. He knows “his stuff” and is very reliable and helpful whenever I reach out to him. I like his “quiet force”: always doing the job (and beyond), never bragging about it.”

• “Brian is great member of our team. He’s a passionate and dedicated Content Strategist, often working tirelessly behind the scenes to ensure that content remains king on SCN.”

• “One of the reasons this blog series is so great is that community members get to learn more about folks like Brian, whose tireless efforts behind the scene keep the community running smoothly. Brian brings years of content experience to the table and plays a central role in setting guidelines for content and page creation on SCN. He has created the framework for supporting our space editors, and you can depend on Brian to make sure things get done.”

•    “Brian just gets it done. With intelligence, diplomacy, kindness and logical thought, Brian is incredibly adept at sizing up a situation and offering a solution. He doesn’t operate with fanfare; rather, he focuses on collaborating with others to define what is best for the SCN audience – all of our users and stakeholders. Beyond that, Brian just has a likeable personality that makes him enjoyable to work with. He instills trust in others and as a result, our entire team works better because of his presence. It is a pleasure to call him a colleague.”

Go ‘Behind the Scenes’ with additional SCN Team members.