This past week at BI 2014 we learned more about what is coming in Design Studio 1.3.  I discussed some of this here at BI 2014 Design Studio and Dashboards – Looking to the Future but I didn’t have high quality screen shots.

Given the feedback of the low quality of my pictures at BI 2014, I decided to cut and paste slides from a DSAG webinar on Design Studio, combining it from notes at BI 2014.  Note that the usual legal disclaimer applies that things in the future are subject to change. See below:

Figure 1 shows BW Integrated Planning support.  At last year’s TechEd, SAP explained this was the number one rated feature on Idea Place for Design Studio.  This week SAP relayed that charing extensions and configuration properties were enhanced.  Bookmarking was also planned to be delivered in 1.3 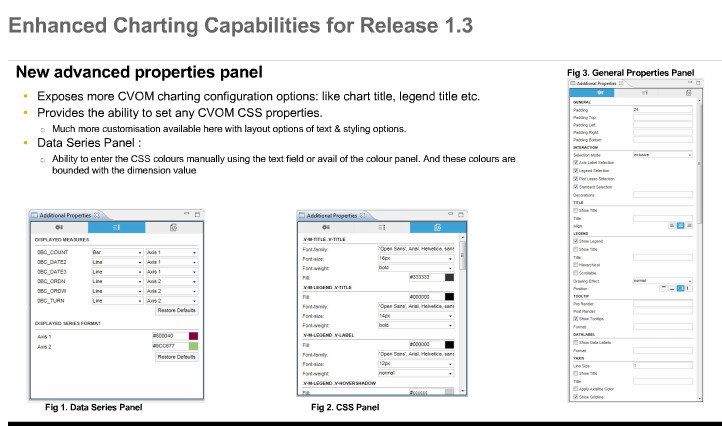 As discussed Monday at BI 2014 more CVOM properties are exposed as shown in Figure 3.  You can see font weight, colors on the axes, and a long list on the general properties. 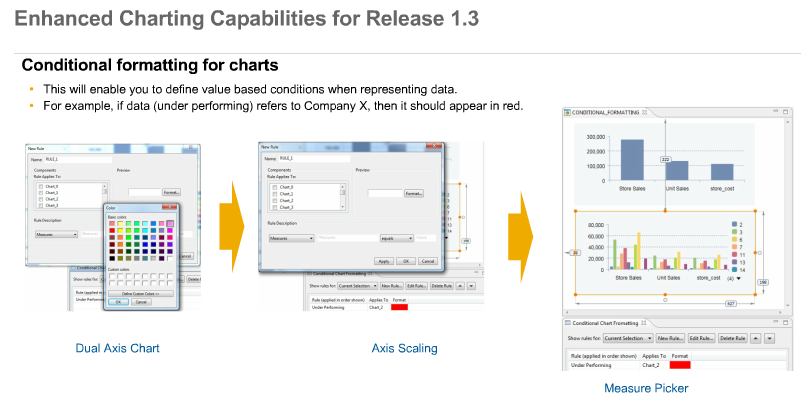 Figure 4 shows conditional formatting for charts so you can configure threshold for charts, changing colors. 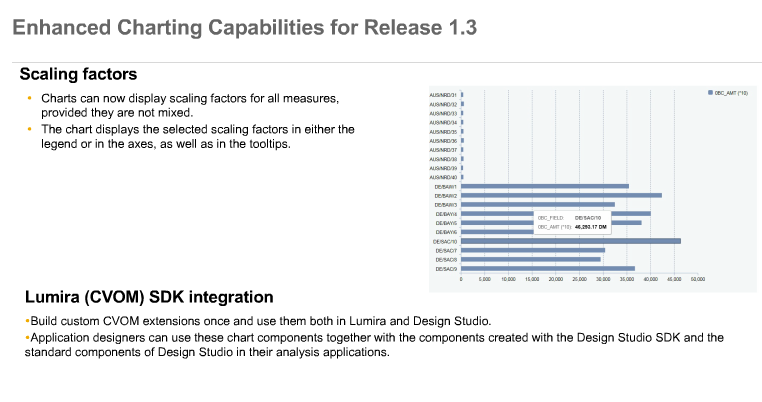 Figure 5 shows that scaling factors will be supported in Design Studio 1.3.  At BI 2014 I don’t recall that much was discussed on Lumira CVOM SDK integration. 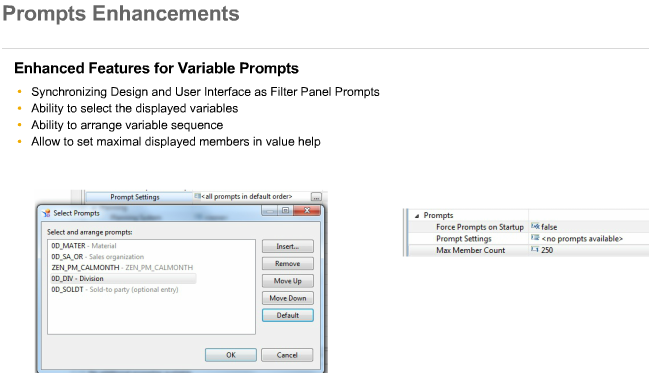 Figure 6 shows improvements in variable prompts.  You can set the maximum value displayed in the right of Figure 6.

There was a discussion whether you should really be using variables in a dashboard at BI 2014. 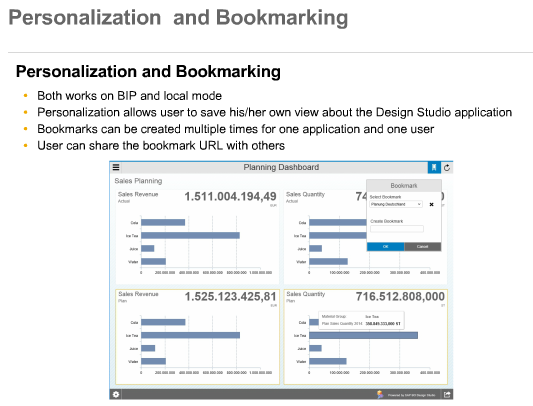 Personalization is supported, allowing you to save your own views of the Design Studio application. 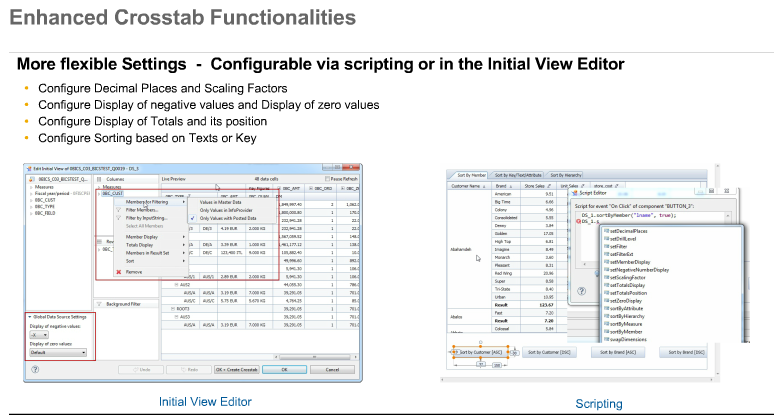 Via twitter, more upcoming scripting options are mentioned for 1.3 :

We also saw a recording of a Design Studio 1.3 demonstration:

For more information and more opportunity to ask SAP questions join ASUG May 6 for this webcast: ASUG.com – Events

Hopefully 1.3 will have better chart options (including Maps out of the box) and even more flexibility around scripting.

We are in a new implementation with BO Enterprise and BW. In this moment we are in the process of selecting the tool for dashboards. We are waiting for new 1.3 release to make this selection. Do you know the aproximate release date for Design Studio 1.3?

No official times announced but they are hinting at the SAPPHIRE time frame (late May / early June) depending on if they (SAP) meets their KPI's.

thanks for the great blog Tammy!

Is it already known, which release and SP version of the BO BI Platform is required to have DS 1.3 running properly with all functionalities?

Did you happen to hear if automatic data source refresh will be available in Design Studio 1.3?  Self refreshing dashboards seem like a pretty important and basic feature to me, but it's not here yet.

I don't recall this being discussed; this is a great question for the ASUG May 6 webcast:

Thanks Tammy!  I'm registered for the webcast.  -Rick

I am interested in the Design Studio SDK for Netweaver ... does this mean that the existing APIs can be accessed from within Netweaver or it is an ABAP layer that is coming through.

Or does it just  mean that the existing SDK can be deployed into Netweaver to support things like change management etc..?

It is deployed to the platform.

Are you referring to Design Studio 1.3?  It is not GA yet.

Please post this as a question in the Lumira discussion space

Will universe based on ABAP function module be supported in DS1.3?