The Future of Customer Service: Autonomous Self-Healing Robotic Avatars in the Cloud – Part 2

“The Times They Are a-Changin” and so is Customer Service.  Wonder what’s in store for the future?  We asked John Burton, Director of Product Management for SAP CRM, to provide his thoughts in this 4-part series.  You can read Part 1 here.  Next, he discusses the impact of social media. 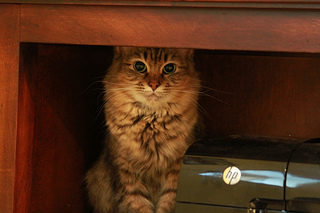 Social media is for socializing, not troubleshooting printers

According to many CRM analysts and pundits, social media and gamification were going to revolutionize customer service. Five years ago, when the “United Breaks Guitars” song went viral, it certainly scared many C-level executives into joining Facebook and Twitter.

Similarly, I recall one highly-respected industry analyst warning companies that they needed to implement virtual help desks in the video game Second Life, or else risk slipping into obsolescence. Today I don’t know anyone who even uses Second Life, much less someone who would expect to be able to chat with their credit union while wandering around Second Life dressed as a flying penguin.

Let’s be honest, you or I might turn to Twitter to chastise a company when they disappoint us. But we realize that we still need to pick up the phone and call the help desk if we have a complicated issue. No customer in their right mind would expect a Twitter agent to be able to help them troubleshoot a tricky issue with their smart phone, printer, or computer over a series of 140 character tweets. Similarly no one is going to try and use Pinterest or Tumblr to add a new phone line to their family share plan or to switch their electric service to a new residence.

So what applicability does social media have for companies? Well, social media services provide a supplemental way for companies to stay engaged with their customers and reinforce the company’s brand. That’s why – perhaps quite obviously – Marketing departments were the first to rush into social media. But of course, customers aren’t going to just sit quietly while being assaulted with marketing messages. In exchange, customers expect to be able to reach out to companies via social media with questions, concerns, and suggestions.

The trick then for companies is to integrate social media channels with their existing contact center operations, so that customers can be seamlessly transferred from one channel (e.g. twitter) to another more practical channel such as telephone, email, or Web chat when necessary.

Customers who reach out on social media for complex service issues should be politely, but firmly, redirected to a more appropriate channel when necessary. And of course, rather than asking the customer to begin from scratch re-explaining their issue, the previous conversation and relevant information from the social media channel should be automatically transferred to the customer service agent.

John Burton grew up on his grandmother’s farm in rural Northern Michigan. When he wasn’t milking goats he was writing computer programs on his school’s Radio Shack Tandy 1000 computer. John has spent the last fifteen years at SAP, where he helps design products for CRM, Customer Service, and Social Media. Prior to joining SAP, John taught business computer courses at Central Michigan University.  John is also the author of the SAP Press book, “Maximizing Your SAP CRM Interaction Center”.

Considering elevating your customer service to a social-level? Learn more about potential use cases in HypatiaResearch’s report on Customer Centricity. Read more here

Your point is exactly why both NetApp and EMC "listen" to social media and the support teams have guidelines for responding.  They use standard channels to address issues and solve customer problems, this of course is very useful as they have trackable cases and can be referenced again as needed.

I will give EMC a leg up the use of chat as sort of a middle ground has really helped customer satisfaction. NetApp never hopped on board for whatever reason, but it was refreshing to see how it could be used so effectively.