In business workflows, there is usually a need to navigate between different FPM applications in order to meet certain business requirements. This article therefore addresses the issue of how a simple navigation between two FPM applications with FBI can be achieved.

The launch pad is a special navigation tool used by the FPM to achieve navigation outside of an FPM application to another FPM application, URL, transaction or report. The properties of a launch pad can be maintained using a customizing interface, where the destination application can be specified. In FPM applications with FBI integration, launch pads can be used by defining them in custom non-BOPF UI actions. Such custom UI actions can be created using an FBI view, which is then set as a feeder class parameter in the configuration of a UI component such as a List UIBB. The custom UI actions can then be triggered by UI elements such as Buttons and URLs. For more details on FBI views, refer to the article FBI views for Web Dynpro Applications.

Setting up a launch pad

A launch pad is customized in the transaction LPD_CUST. A New Launchpad role is created in the launch pad customizing window, as shown in the screenshot below. The launch pad of type ‘FPM_UIBB’ is intended specifically for FPM applications with an overview page floorplan because of its structure[1]. 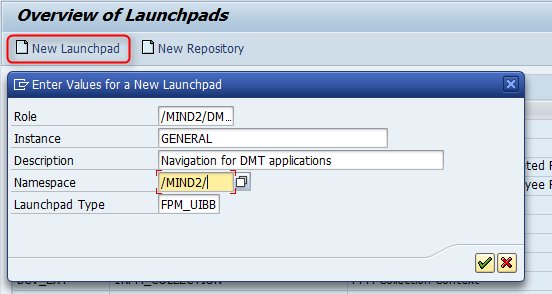 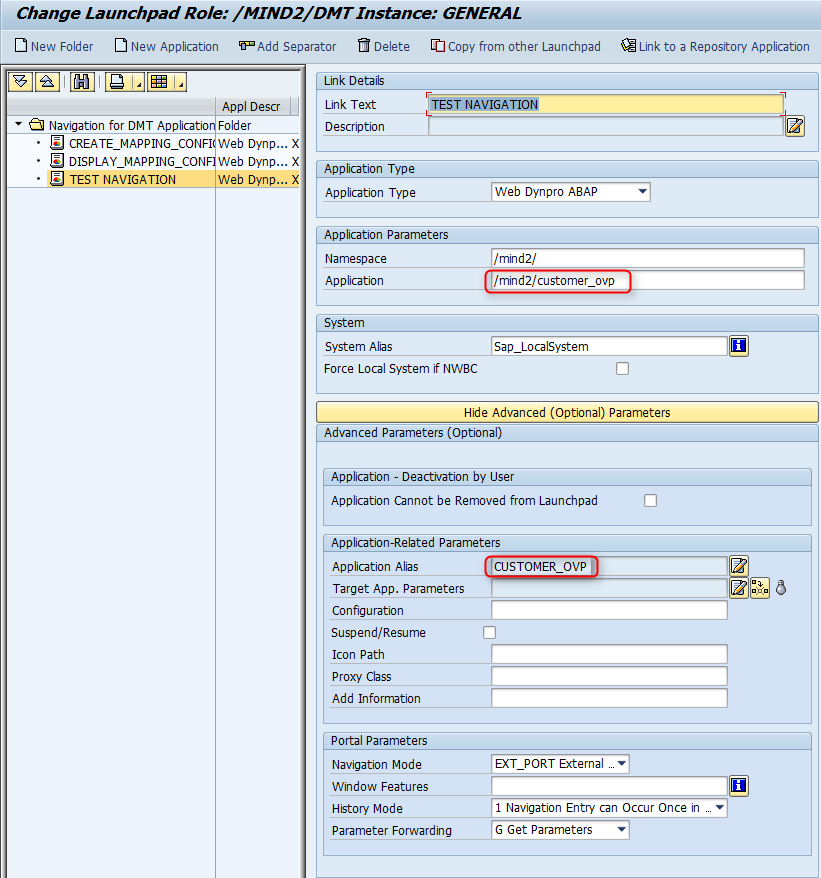 The created launch pad can be used by integrating it into a custom non-BOPF UI action of an FBI view. In the Actions tab of the FBI view configuration, a new UI Action is created an assigned a unique name as shown in the screenshot below. In the Details tab of the newly created action, the launch pad role, its corresponding Instance type, and the Application Alias of the destination application are specified. 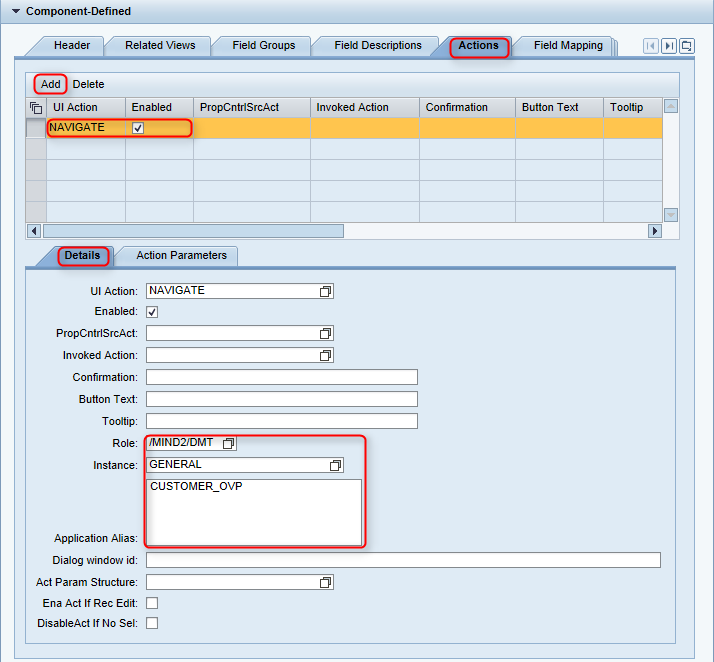 Custom non-BOPF UI actions of an FBI view can be linked to UI elements such as buttons and URLs in the configuration of UI components. An example of linking a custom action to a UI element for a List UIBB component can be seen in the screenshot below for a toolbar button.

In case of any questions or comments, I will like to hear about them. Also, if you solved this problem using another approach, I will be pleased to hear about it.

This article is a translated version of the article Parameterlose Navigation im FPM: So geht’s mit FBI (in German). You can also find other related articles to BOPF and FBI (in German) on our blog  Erlebe Software – Individuelle SAP Software.