When Schaidt Innovations was spun off from its parent company the Harman Group last April, company leaders had to figure out how to set up a robust IT environment from scratch—and in short order. The electronics maker had a fully functioning production facility, but it had no IT infrastructure of its own. At the very least, the start-up needed an ERP system in place simply to process orders, not to mention maintain its high standards of production and retain Harman’s A-list customers. 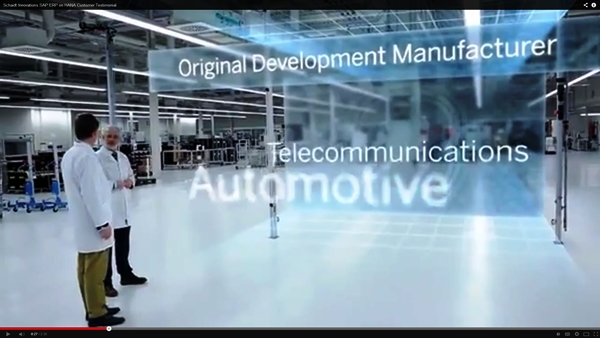 An original designed manufacturer of electronics parts including GPS systems for automotive companies including Porsche and Daimler, Schaidt deployed SAP ERP powered by SAP HANA in the cloud. The solution covers all operational areas, including production planning, materials management, financials, and sales. It also met Schaidt’s auto-industry specific needs and provided a consistent work environment for the more than 500 employees who were familiar with SAP systems in use at the former parent company.  Just as importantly, it offered a rapid deployment option. Martin Haas, the company’s managing director, says he told a number of vendors that he needed an ERP system within three months; only SAP said yes.

A cloud solution also gave Schaidt the best of both worlds: the option of keeping costs variable over the term of the contract along with the reliability and support guaranteed by an established vendor.  There was no up-front investment required, and the solution didn’t require Schaidt to stand up an IT infrastructure group in-house. Not knowing when its first order might drop, Schaidt was able to deploy the new systems within four weeks. A week later, they registered and invoiced their first production run. Like any company in start-up mode, Schaidt’s leaders had a multitude of issues to deal with and decisions to make. By opting for ERP in the cloud, they could check one major task off the list with minimal cost and effort.

The SAP ERP system powered by SAP HANA will provide a scalable foundation for future growth.Real-time data analytics will enable Schaidt to react quickly to market changes and fuel future process innovation. And while the automotive industry is Schaidt’s biggest market today, companies in other industries such as telecommunications, building services, and power electronics are interested in its products. The cloud-based environment gives Schaidt the flexibility it needs to adapt to new industry requirements. Company leaders can focus on building the business, not building an IT backbone.

To hear from Schaidt Industries’ leaders about their experience with SAP ERP powered by SAP HANA, check out this video.