If you missed the first or second week, you can read it for week1 here and week 2 here.

It was during the twilight when the taxi arrived to take us to the train station. After a very relaxing train ride we arrived at Berlin Central Station and went on to the hotel. My girlfriend and I had 4 days of holiday planned and we rushed out to do some sight seeing near the hotel.

In the evening we went over to “Der Große Refraktor” in Potsdam to have a look at the stars. During the viewing session we looked at the Moon and Jupiter. I was really impressed by the size of the telescope. The length of the tube is almost 13 meters! 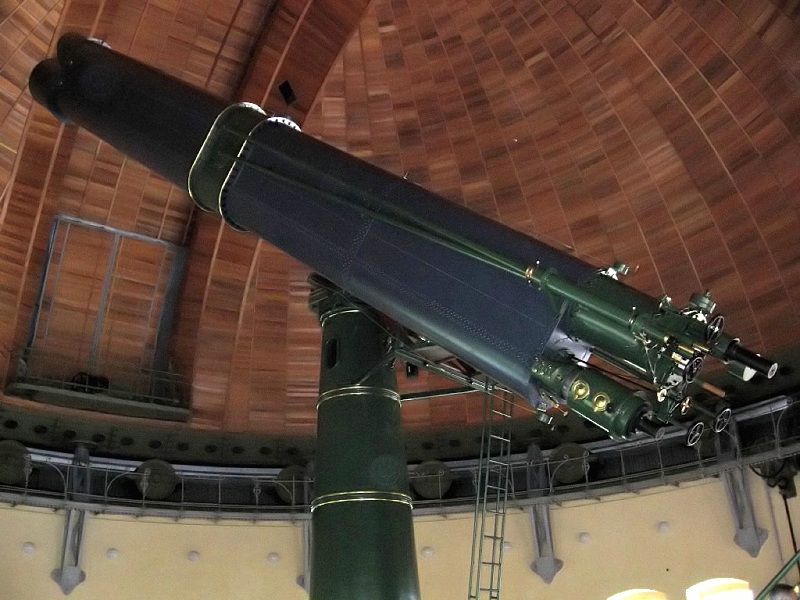 In the following days we visited many places, but one location had a special meaning for the both of us. Here is a picture from this special location. 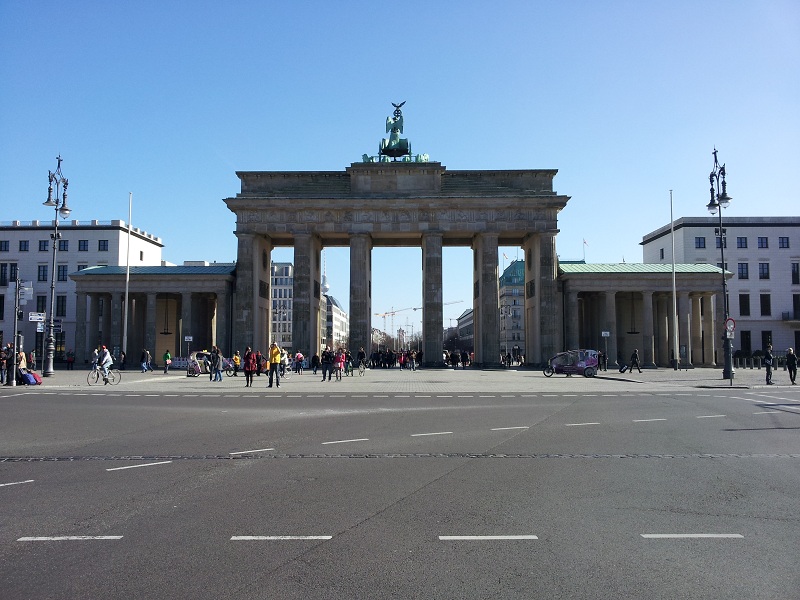 As a SAP HANA trainer I also had to visit some other important sight seeing locations. The first one in the Hasso Plattner Institute (HPI) from were all the OpenHPI lectures are created. Sadly I didn’t see Prof. Hasso Plattner. Maybe next time. 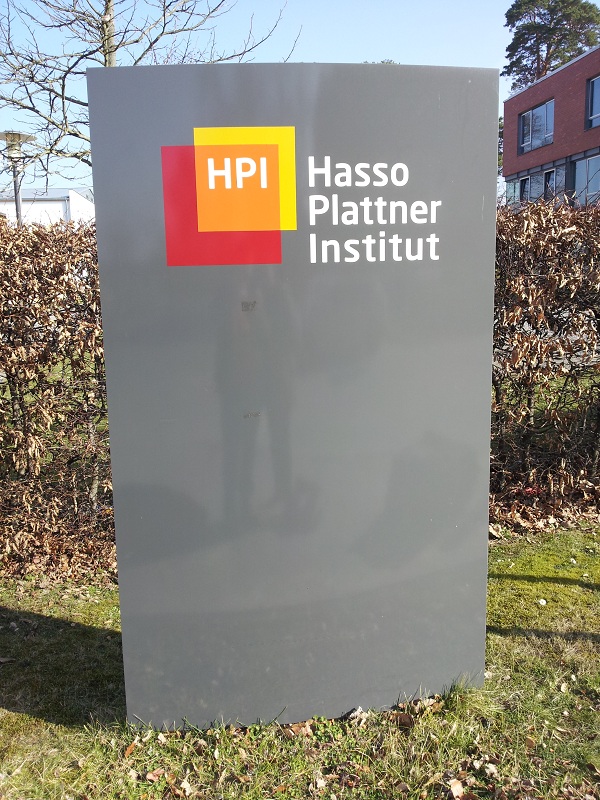 The second location is the Sanssouci palace. Sanssouci database is the name of the In-Memory Database used during the classes at OpenHPI. 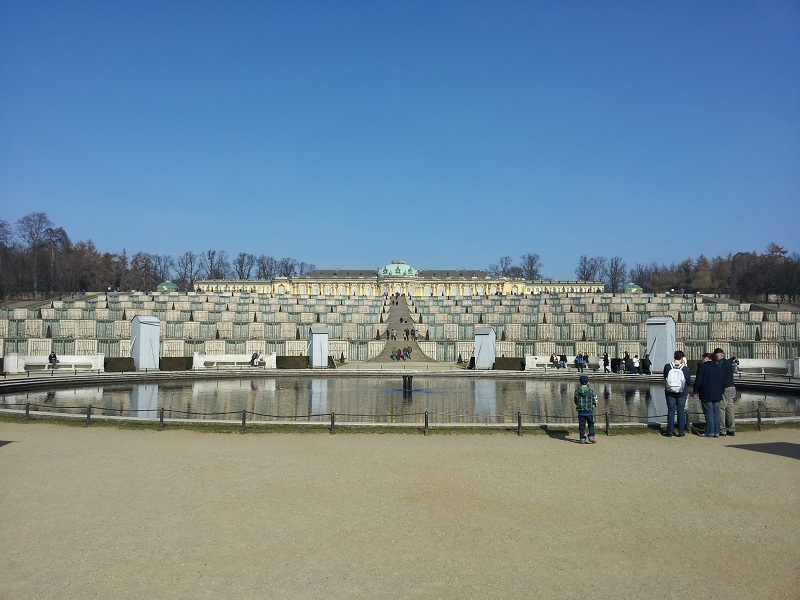 After four days the holidays were over and the real fun started. I had to teach the HA200 in German …… Aber das ist kein Problem 🙂

So early Monday morning I went over to the SAP office in Berlin. Again a very long (100m) walk from the hotel to the SAP Office. This area is called Berlin Mitte, and I must say it’s really in the middle. All the important places are nearby, but of course I only needed to go to the SAP Office. 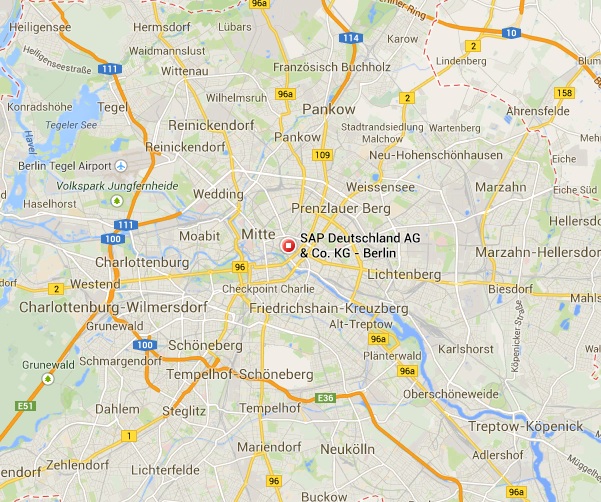 In Berlin I’m teaching the HA200 class with 12 participants. During the introduction round I learned that I had SAP Customers, SAP colleagues and consultants from SAP Partners in the group. A nice mix I think. When I heard the company name of one System Administrator I thought “WOW”. He introduced himself as being a system administrator for the Charité – Universitätsmedizin Berlin. This is one of the first SAP HANA customers. They are even mentioned in the course material. Cool, this can only happen in Berlin!!!

The SAP Office is located in Berlin Mitte and is big. I had trouble getting it all in one picture, but in the end I managed. As you can see I was beautiful weather in Berlin. 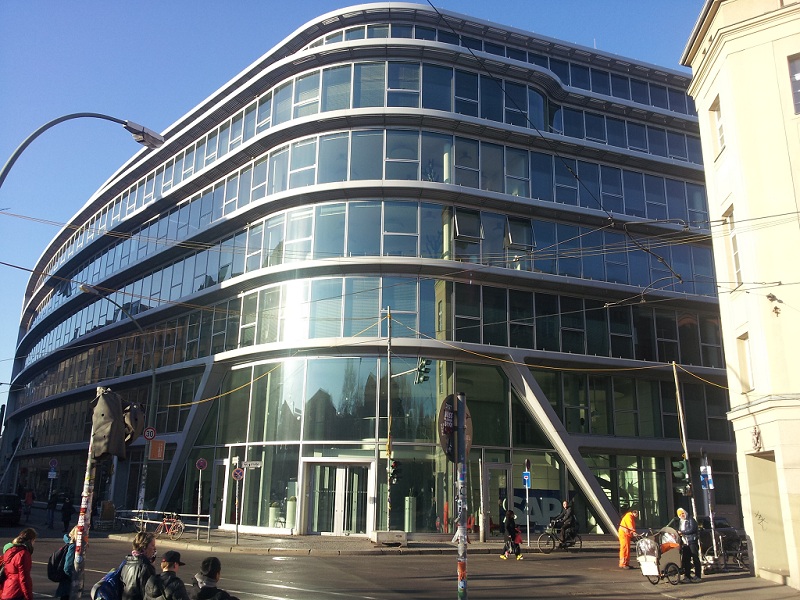 The five day SAP HANA course the participants learned about the technical areas in SAP HANA. We performed the following tasks during the class.

So it was a busy week. We had good discussions on the technology areas in the course. No mayor system glitches, only one alien on my course system, but that problems was fixed in the same way as last week. Someone was missing his or her HANA database after the un-install. We also had an extra exercise “Install a SAP HANA License key”. This because the license would expire in Thursday, but the course would continue until Friday. The participants and I didn’t mind that we had to do something extra. It was a good real life scenario.

From talking to the participants I learned that they really liked the class and also that they could very good understand me. My German was more than good enough.

I met my SAP Germany colleague Stefan Fell. He was teaching the ADM800 (SAP Application Server Java 7.31 – Administration) class in Berlin. I didn’t meet Mathias Montag as he was at SAP in Walldorf for the whole week.

The HA200 doesn’t have an certification attached to it, so all my participants will do the C_HANATEC131 later in the year on the regular certification event.

I also made a picture of all the future certified SAP HANA Technology consultants. 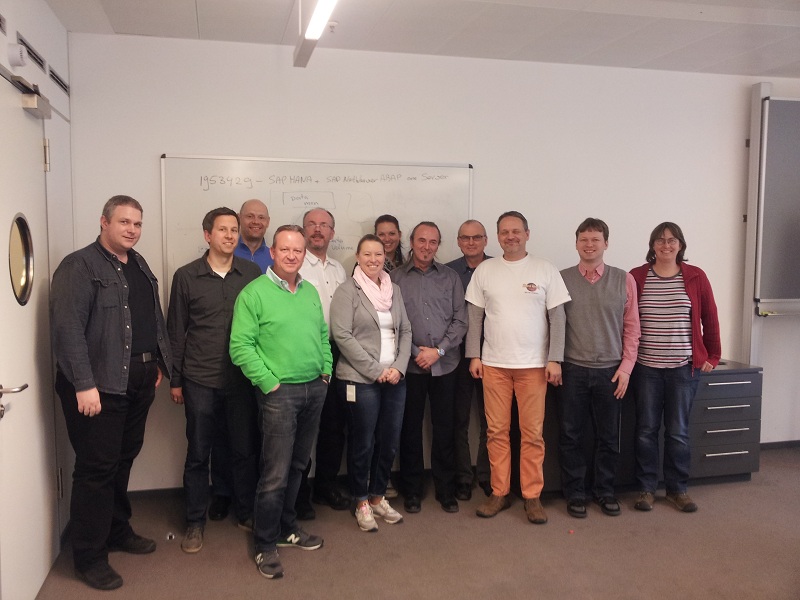 Thanks all. I had a great time at SAP in Berlin.

When I arrived back in the hotel on Friday my girlfriend had a very nice surprise for me. During here sightseeing and shopping tour in Berlin she found this for me as an early birthday present. 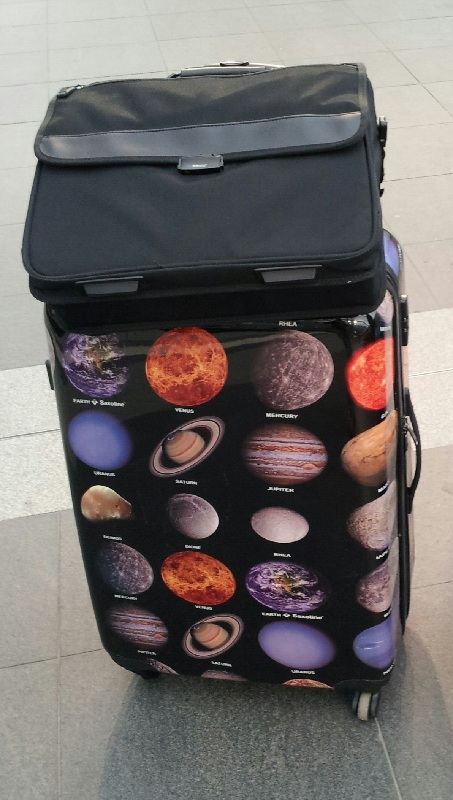 A suitcase with all the planets and moons from our Solar system!! I know it’s nerdy, but I like it!!! Lot’s of people were looking at it during my return trip to The Netherlands.

Next stop: London were I will meet all my CoEE colleagues from the UK.

Hello - I really enjoy your journey and stories and pictures.

I especially like the suitcase - that is a very nice gift.

The best achievement of all is the picture of your happy students...

I'm really happy with my suitcase!

The happy students pictures are really cool. No one said "no" until now, so that is really cool!!

you have been really busy in Berlin and visiting some nerdy sites 😉 .

I enjoyed your personal story about the Brandenburger Tor and your visit to Sanssouci as well as your teaching in German - this is really quite some feat!

Ask Stefan how he liked "Das große Fernrohr". We went there on Friday night. The sky was "clear" and the observatory was open.

The Big Telescope was so big that I couldn't fit it completely on a picture .... but I tried 🙂 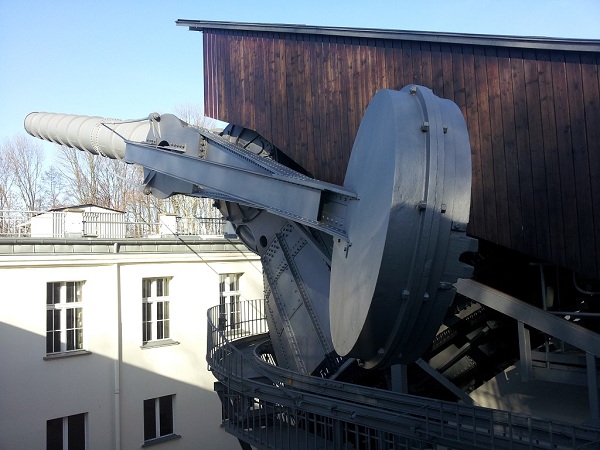 thanks for your posts! Well done - and it's fun to read!