The acronym FBI within the context of SAP has nothing to do with the governmental agency of the United States. FBI stands for the Floorplan Manager BOPF Integration, which provides a configurable integration between the Floorplan Manager (FPM) and the Business Object Processing Framework (BOPF). FBI views are part of the FBI framework. In this article, an introduction to FBI Views will be provided and its features will be presented. It will conclude by elaborating on the pros and cons of FBI Views.

The Floorplan Manager is a framework which can be used for the easy creation of Web Dynpro ABAP applications. It uses so-called Building Blocks (UIBB) to combine components like lists or forms into an application. The FPM is connected to the SAP backend through pre-defined interfaces and ABAP classes.

FBI provides implementations to these interfaces which enable the display of business objects of the BOPF framework in FPM applications without any additional implementation effort. 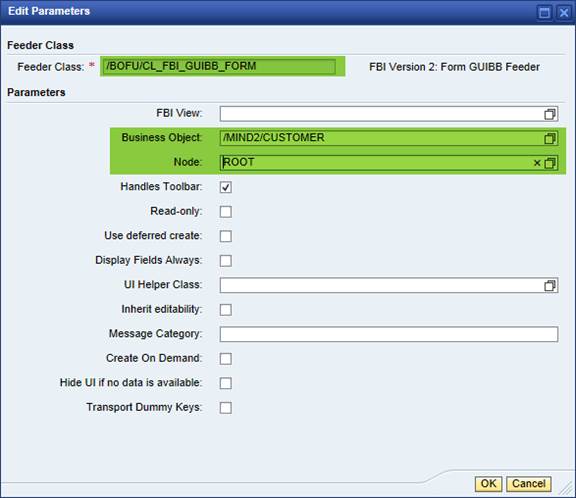 What is a FBI View?

An FBI View can be specified in the parameter list of the feeder class as an alternative to directly specifying the business object and node. The FBI View provides the added possibility to display attributes from nodes of different business objects in a UIBB and can also provide UI-specific fields. In order to create an FBI view, a new component configuration has to be created, for which the Web Dynpro component /BOFU/FBI_VIEW is specified. In the Header tab of this configuration (shown in the screenshot below), the business object and corresponding node are specified.

On the “Related Views” (2) tab, further related business objects and nodes which can be used in this FBI View can be specified. The actions of the business object can be configured on the “Actions” tab, if desired.

In the feeder’s parameter list of the UIBB configuration (shown in the screenshot below), the FBI View component configuration can now be specified rather than the business object and node. 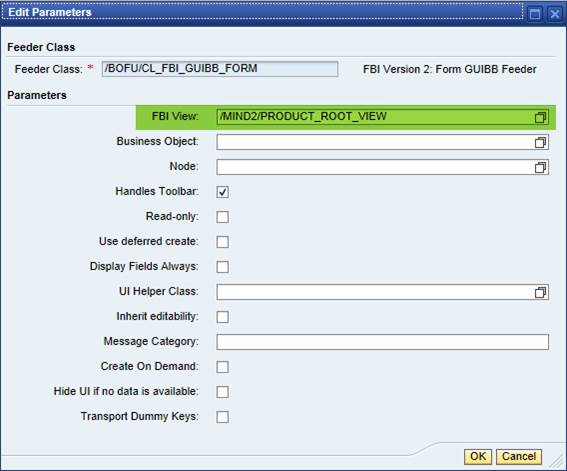 Why should I use a FBI View?

In the previous sections, an overview of how to use the Floorplan Manager BOPF Integration with and without FBI Views was given. In this section, the differences between both approaches will be explained, as well as their advantages and disadvantages.

Also, UI actions defined using FBI Views can be used by user interface elements such as buttons. Such UI actions can be used for example to achieve a navigation between FPM applications.

The advantages of FBI Views could already be seen in the previous section from the mentioned differences between using FBI Views and the direct usage of a business object and its corresponding node in the parameter list of the feeder. There is no alternative means to display attributes of different nodes of business objects on a user interface or form than through FBI Views. The direct usage of a business object and a node limits the display to only the attributes of the specified node.

Also, through the action of FBI Views a variety of user interface functionality (e.g. Sending of emails, data copying) can be realized.

Using FBI Views can increase the overall complexity of an application. Hence, an initial evaluation is necessary to determine if the features that FBI Views provide are actually needed or if the application can be realized without them (e.g. when using only a single node of a business object).

With FBI Views, the performance of FPM applications can also be increased. When using business object nodes with many attributes, FBI Views can be used to restrict the attributes displayed in the application to a smaller subset, which in turn improves performance. This is explained in more detail in the following article:

FBI Views are thus a comfortable way to displaying business objects on a user interface.

This article is a translated version of the article FBI Views für Web Dynpro Anwendungen (in German). You can also find other related articles to BOPF and FBI (in German) on our blog  Erlebe Software – Individuelle SAP Software.