In the first major 2014 event for University Alliances APJ, UA had a packed week of activities at SAP d-code Shanghai during 13 – 15 March.  We organized 2 main events that was co-located at the SAP d-code which is formerly known as TechEd.  For the first time, SAP TechEd has been transformed to a “new event” – SAP d-code.  It is the place for developers, designers, IT architects, administrators and students to connect.  We incorporated ALL UA’s 6 main pillars into this event – Learn, Apply, Share, be Recruited, CSR and Sales Enabler.

The 2 main events were (1) SAP Academic Conference 2014 Asia Pacific Japan. 60 professors from across Asia Pacific Japan region with 29 from Greater China registered for the Conference. The professors had come learnt SAP’s strategy and the latest solutions from the many SAP experts that gave hands-on workshops, expert lectures and demos on the show floor etc.  In addition, they interacted with SAP’s global senior Execs – Bernd Welz and Ann Rosenberg, and SAP Labs China MD, Ruicheng Li, and network amongst themselves.  The conference concluded on 15 March at SAP Labs Shanghai with a rich variety of curriculum sessions for professors. The Professors were able to discuss further on the UA curriculum sharing sessions by learning from SAP experts on how to incorporate SAP HANA, Cloud solutions like Success Factors, SAP Lumira etc into their school curriculum as well as learn from SAP HR on Early Talent, the SAP Education team on Student Academy, and participate in a Design Thinking workshop on how to design the future e-learning solution that can contribute to HER’s understanding of the requirements by APJ schools in this aspect.

The second main event was the(2) SAP Future IT Leaders @ SAP d-code which was primarily targeted at the millennial students.  789 students from all over China, with the majority from Shanghai area, came to Learn, Apply, Share, and be Recruited.  Clas Neumann, Head of Fast Growth Markets Organization, and Senior Vice President of Global SAP Labs Network, gave an Executive keynote to motivate them to see SAP as the Employer of Choice given that these Millennial talents will help SAP to drive new innovations in the future in China.  Bernd Welz, EVP, Global Head, Solution and Knowledge Packaging (SaKP), exhorted them to embark on the SAP Student Entrepreneurship program and encouraged them to learn more on the openSAP which is just launched in Chinese for the China market.  The students also learnt from Head of Education, SAP APJ, Duncan Williamson on how to be successful in SAP (Learn), from Labs China on how to Apply on areas such as participating in contests (Lumira) and research on SAP HANA, and inspired by stories of new young employees’ who just joined SAP.  In addition, they were encouraged to pledge their time to volunteer in the Sunshine Library CSR activities.  Ending the event on a high note, the students witnessed the Demojam of the best 6 teams of Chinese students who had participated in the China Lumira Student Contest.

We have also included the links where you can download the powerpoint slides of the different sessions directly. 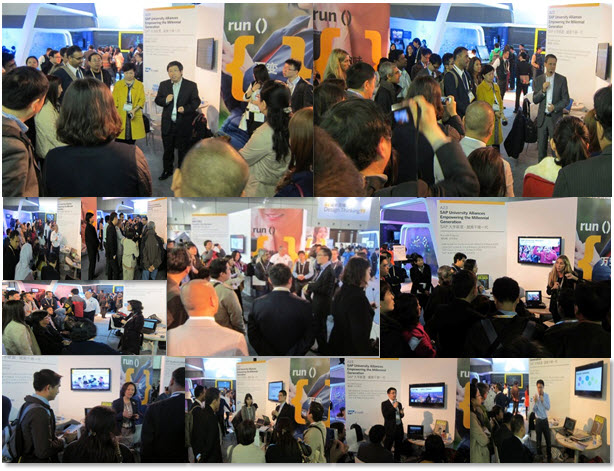 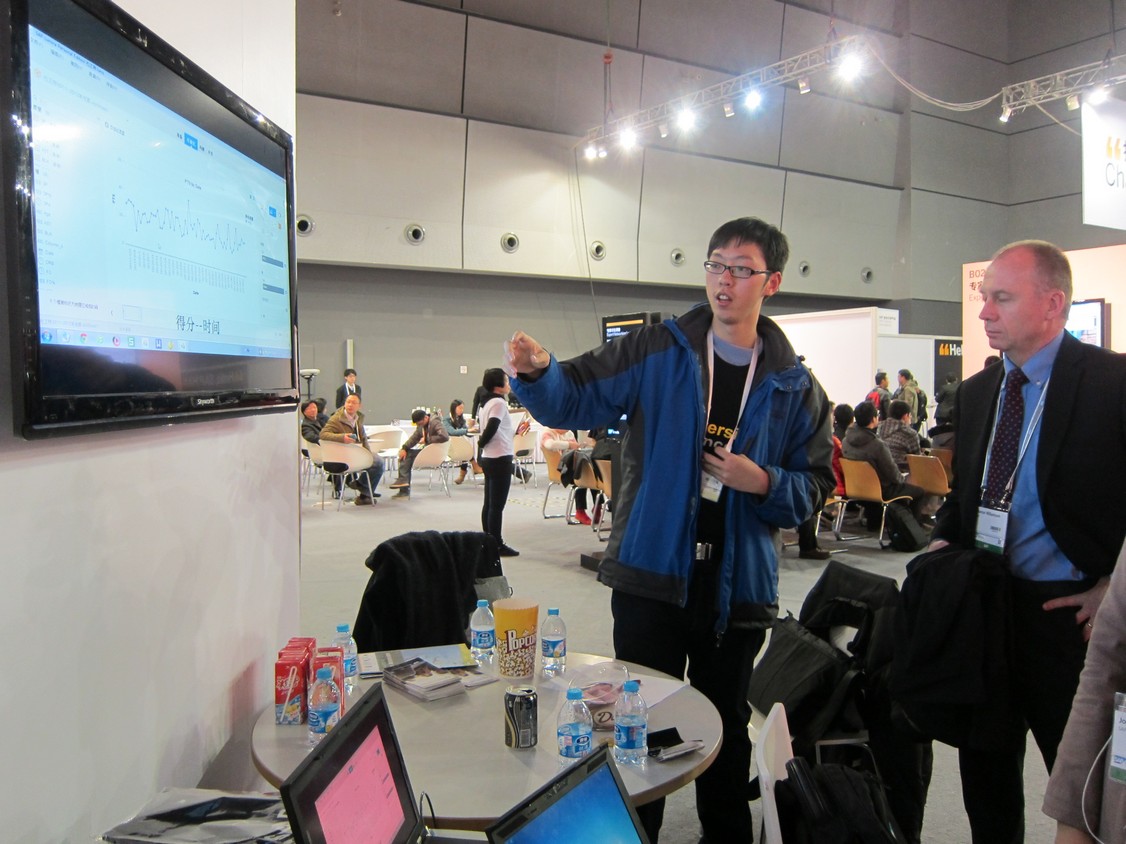 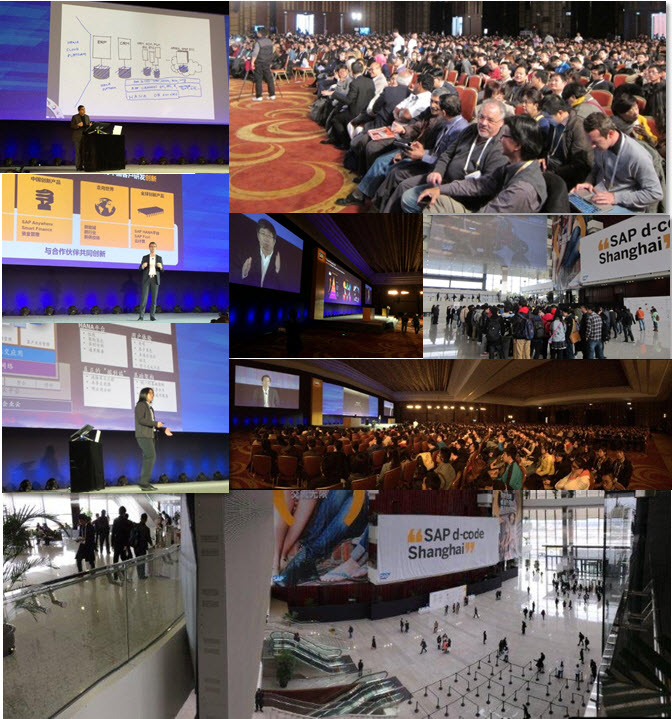 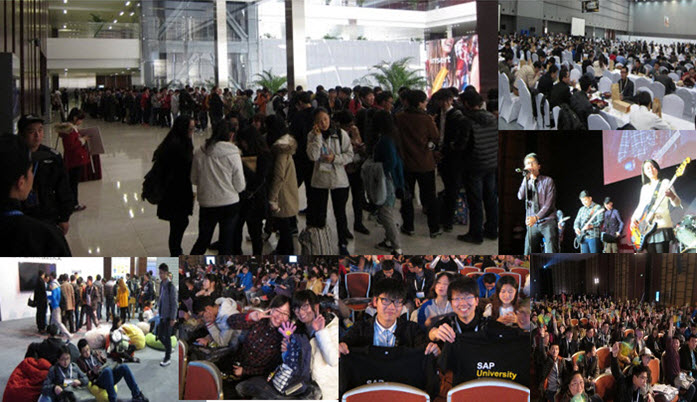 Students getting ready for afternoon session 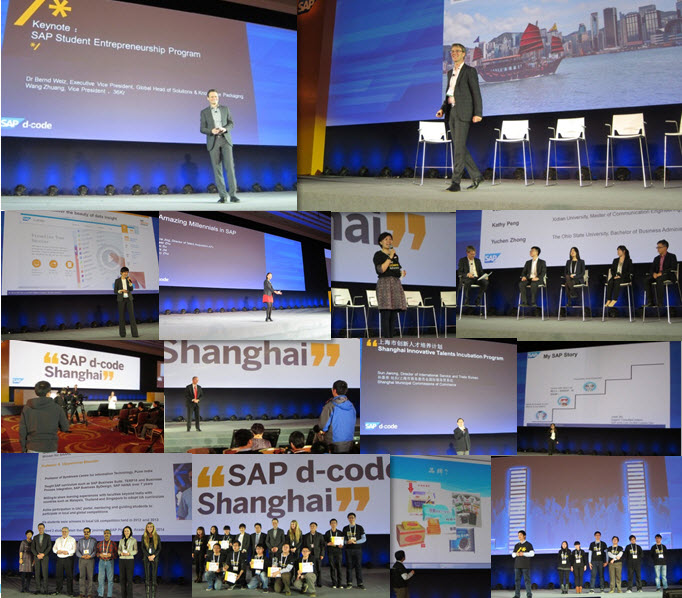 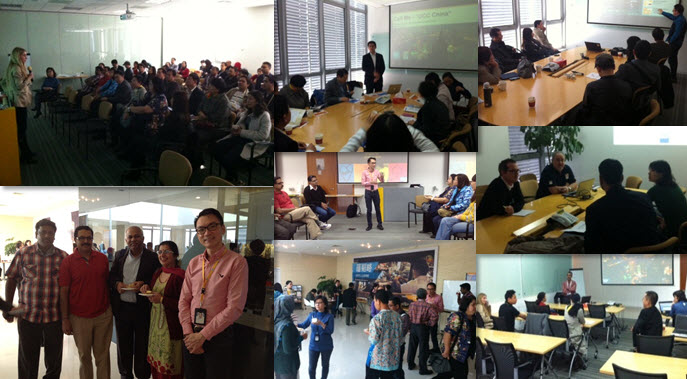