Collaboration, by definition, is a group of people working together to get something done. When you’re using SAP Jam to collaborate within your business processes, we want to make sure that it’s not only easy to get work done, but also easy to manage who you work with.

To help you do that, in the latest release of SAP Jam, we’ve made it possible to: 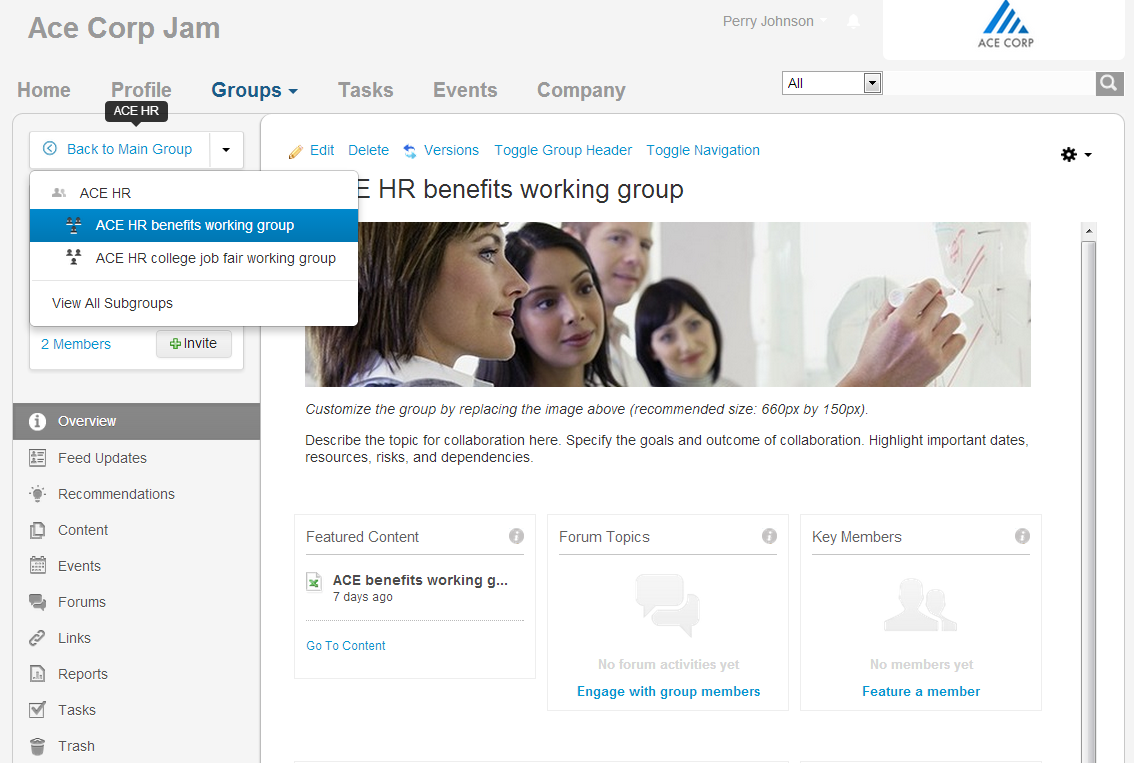 If you often work with the same people, you’ve probably created SAP Jam groups that have grown quite large as more and more members have been invited. It’s useful to have everyone involved so they stay up to date, but sometimes it makes sense to pull aside a smaller group of people to work together when not everyone needs to be involved.

With sub-groups, you’ll be able to invite a subset of members from a larger group to a sub-group. A sub-group works just like a regular group and includes the same collaborative tools – like wikis, blogs, folders, and events – that the parent group includes. When there’s activity within a sub-group, notifications will be posted within the parent group’s feed – but they’ll be visible only to members of the sub-group.

For instance, the sales team in your company may have 1,000 employees that are part of a large group. However, if your sales team is also broken down by region – let’s say East, West, and Central – it may be useful to create three sub-groups within the larger group.

Likewise, if you’re in HR and are in charge of communicating benefits information to your organization, you may want to create a group that includes everyone in the company. But within that group, you may want to create one sub-group for new hires and perhaps another for managers – so that you can communicate information customized to their needs while also making it easy for them to see updates to the larger group. 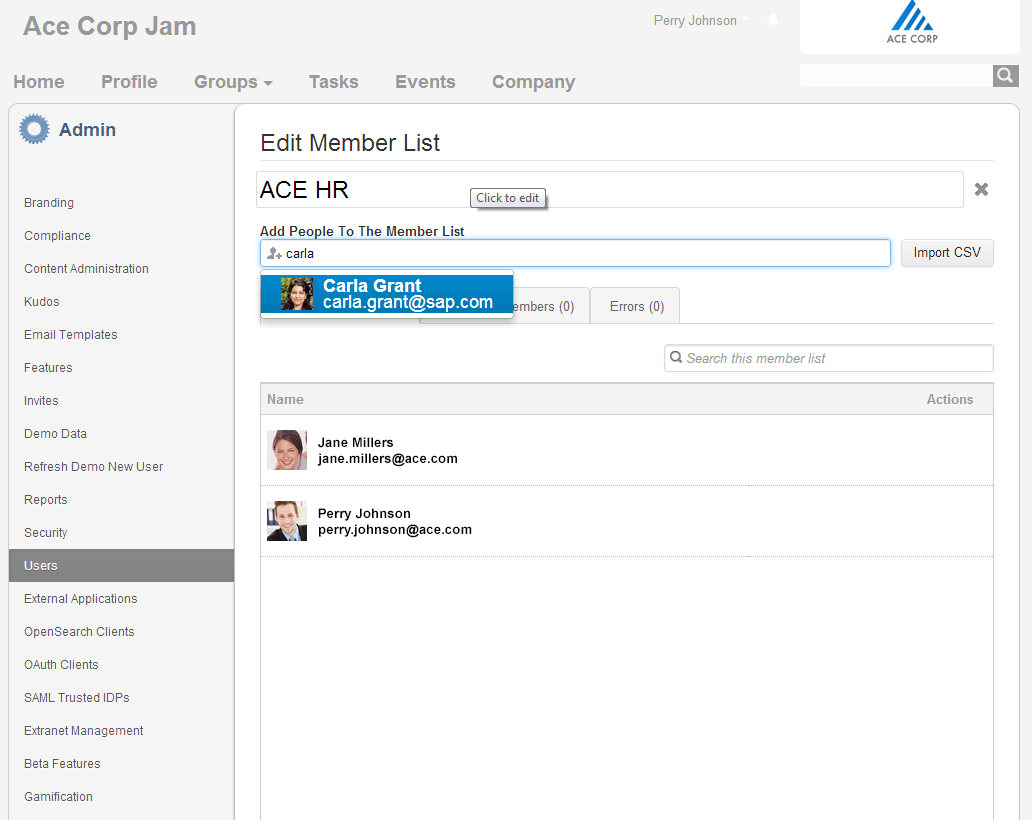 If you’re a company administrator for SAP Jam, you may sometimes have to invite large numbers of people to groups. Often, many of those people will be the same across a number of groups. To make it easier to invite the same people to many different groups, we’ve created member lists.

A member list is a group of people that is assigned a name – for instance, ACE HR. After it’s been created, a company administrator can invite all the people within that member list to a new group simply by typing ACE HR into the invitation list. 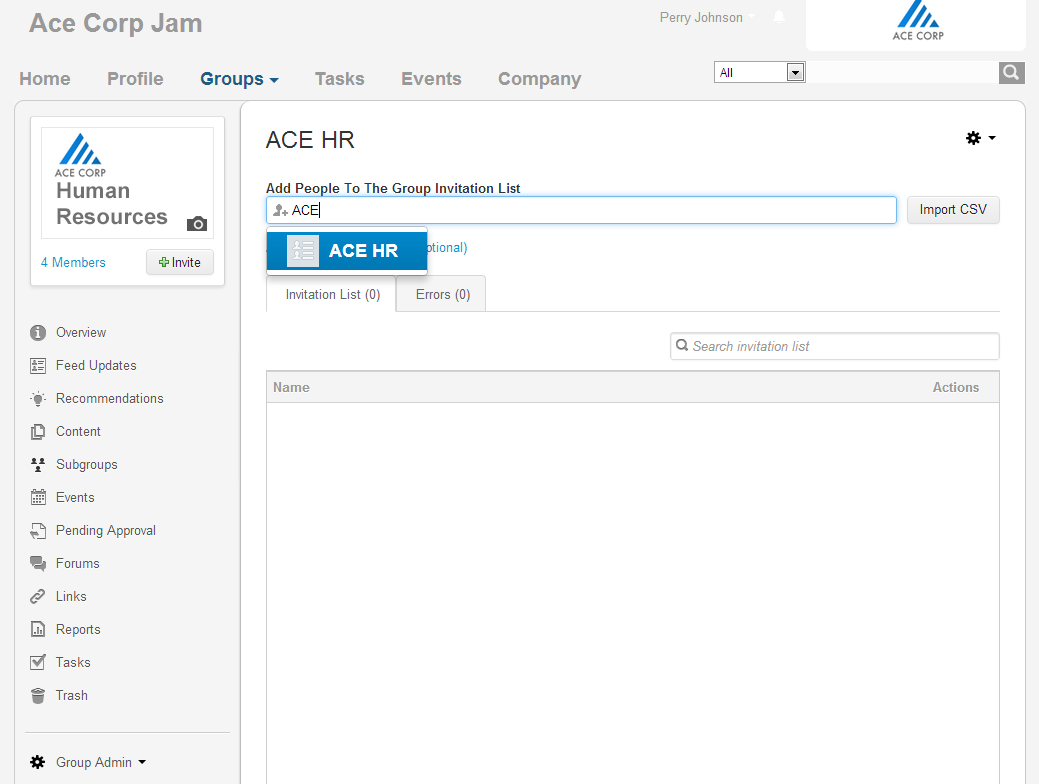 In large organizations, the legal or HR department may require that people agree to certain terms of use before joining a particular group. In the latest release of SAP Jam, we’ve made it easy to automate that process for individual groups.

If you’re a group administrator, you can now add terms of use specific to your group. Before members can see the group and its content, they will be prompted to accept the terms. And if you update the terms, all members will again be prompted to accept them. As the administrator, you’ll then be able to run a report to see which members have accepted the latest terms. 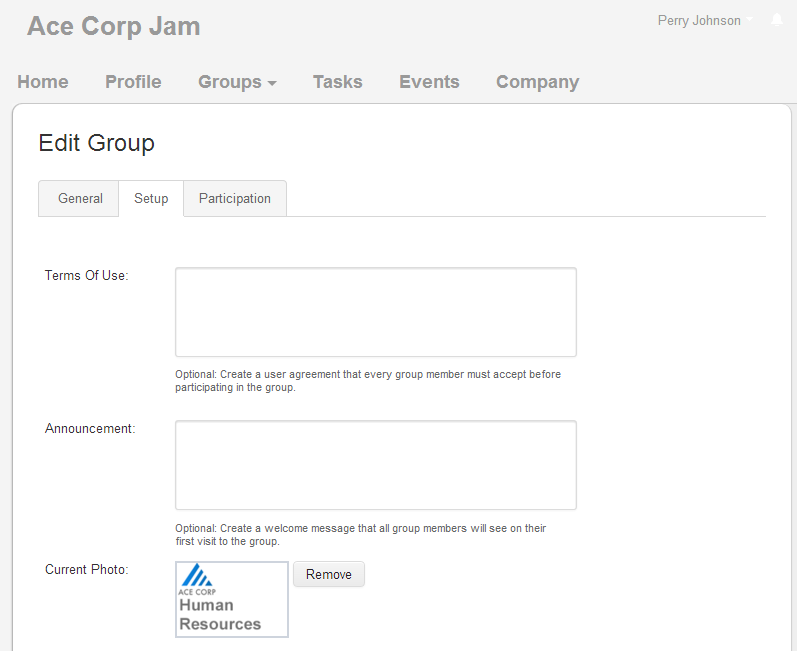