Yesterday ASUG had a webcast where SAP’s Alex Peter and ASUG volunteer Joyce Butler reported the results of the ASUG Analysis Influence Council.

Alex said the ASUG Analysis Influence Council was very helpful.  Please note that anything for the future is subject to change and the usual legal disclaimer applies.

The current council has 12 companies covering different companies and industries. 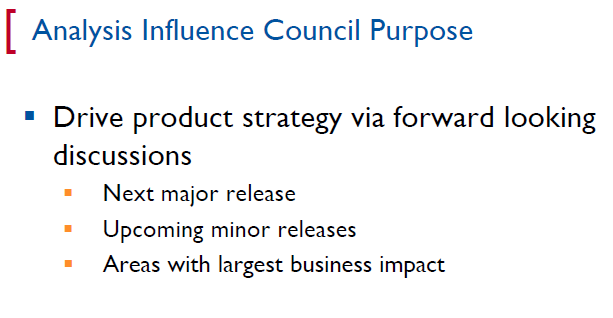 BW Workspaces, which is the technical name for mashing up local data with BW data.  You can add your own classification of items that are not already in the BW model.

Variants was a gap with BEx Analyzer and the council asked for variants to be done as soon as possible. 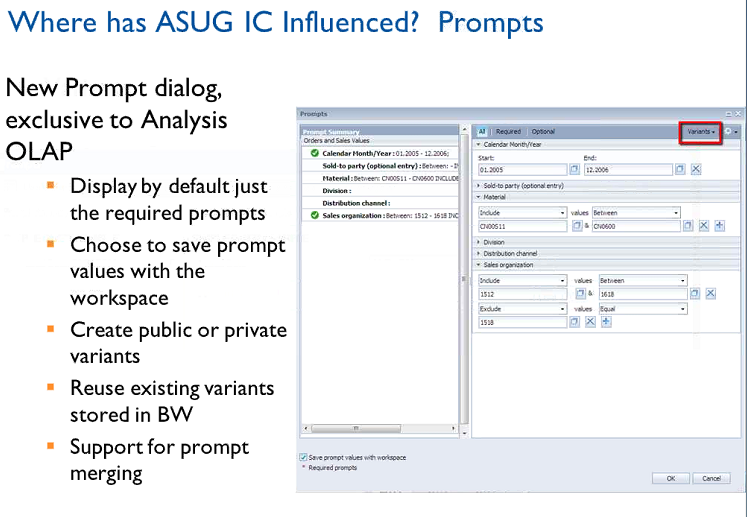 Figure 2 shows a new prompt dialog for Analysis OLAP, you can save the prompt values and create public and private variants.  You can also merge and unmerge variables. 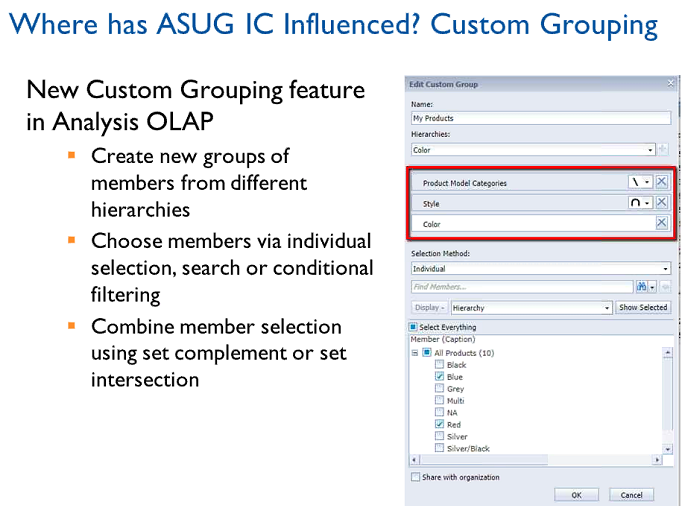 Figure 3 feature is only available for MSAS allowing for custom groupings, resulting from a discussion from this ASUG Influence Council.

This is not for BW yet. 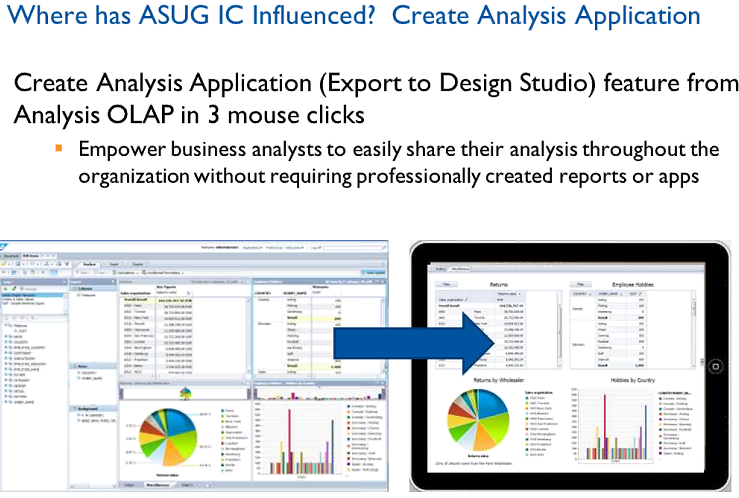 Create Analysis application from Analysis OLAP client you can take over the current datasources and directly post in Design Studio application.

Then you can change with Design Studio and change the interactivity features to filter items. 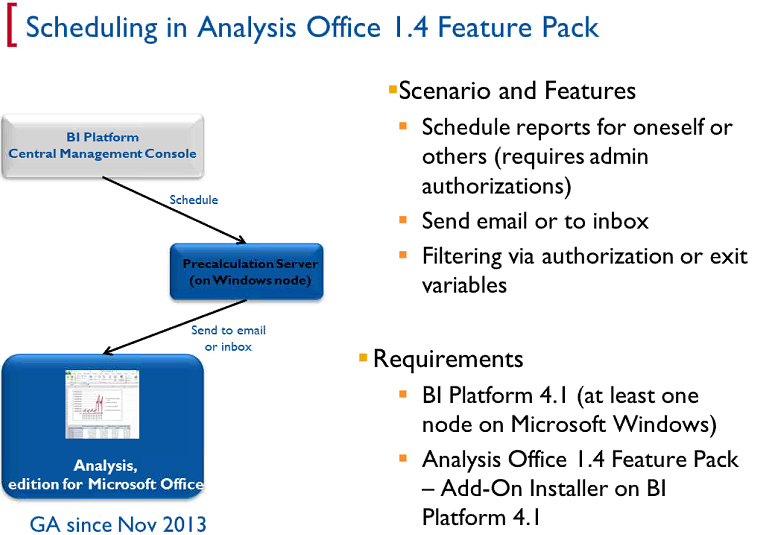 There are a few things to catch up such as query prompt support; if a query has a prompt that is not supported. You can filter by exit or authorization variables. The next release will be called “2.0” and will be a big effort

Beta will be Q2 and RTC will be end of year.

The big effort is rebuilding the platform of add-in because SAP plans to let SAP run add-ins side by side such as EPM.  Today the add-ins do not work side-by side

SAP wants to have them run side by side and clear vision for one single BI related add-in at SAP.

Analysis Office/EPM are planned to be brought together and SAP wants a smooth transition.

Table formatting means you can only handle table as big block; can’t add empty lines or rows in a specific format.   The idea is to add some specific style elements in the table that continues to exist after refresh or navigation.  This also includes Excel-based formulas and expect it to “survive” any navigation. Analysis Office has to translate it into semantics to get this to work.

Complex scenarios include conditional formatting.  Hichert has some rules (planned values in light grey and actual in black and use color for positive trends) for cross tabs and charts and this could be used.

First release will start with simple inserting formatting of rows.

For BW, SAP is extending the unified BPC planning which is the evolution of BW-IP

On the BW side they are introducing the multi-select if you would like to change some specific settings, you can do that only one by one today.

In 2.0 (planned innovations) they will introduce storing workbooks in HANA.

Future directions include comments stored and work on PowerPoint .and scheduling.

Lumira integration:  the idea is to have visualizations from Lumira in Excel or PowerPoint and integrate vice-versa.  Native HANA means Analysis Office talks directly to HANA platform instead of today’s ODBC connection. 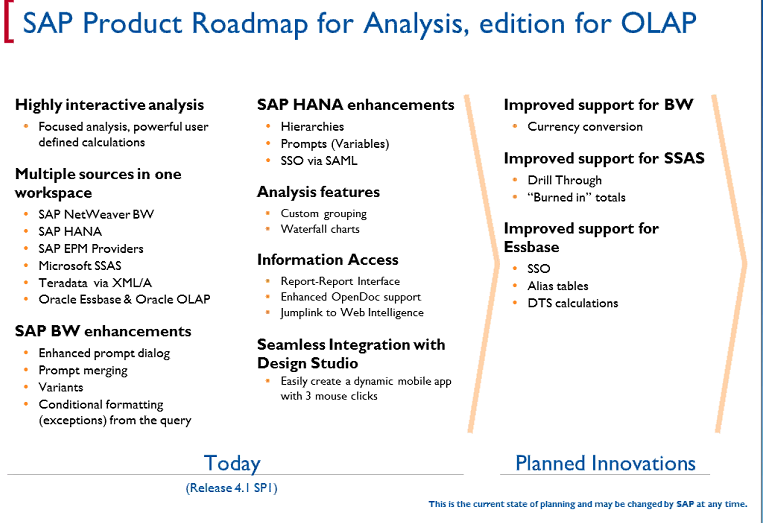 It has good interoperability with Design Studio and Analysis OLAP will stay as a good Analysis adhoc OLAP client.

Analysis Office will have sessions at BI 2014

Thank you for sharing this exciting news in terms that even non BW people, such as I am, can understand, like the BW Workspace. I can see the value, and it sounds exciting. It is so rewarding to know that your months of work are going to pay off in these functionality improvements. Congrats and thanks to Joyce Butler and everyone on this ASUG Influence Council!

Thanks for the article Tammy.  Would really like to see scheduling "query prompt support" on the road map for Analysis for Office.

Hi Kelly - are you an ASUG member? If so I hope you will join us Monday for the ASUG Analysis Office Roadmap

It would be good to ask SAP this question.