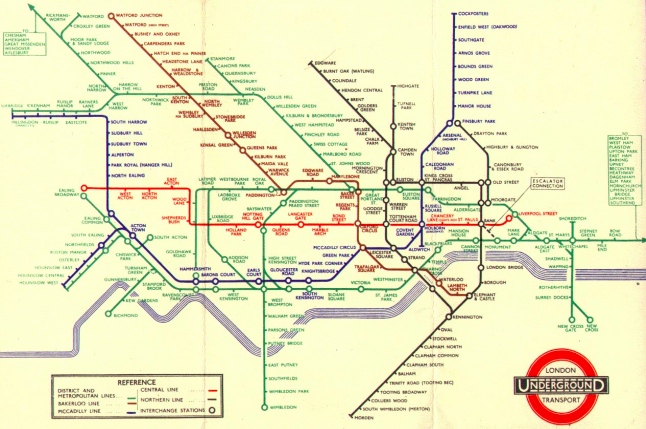 Living in a large city at a kind of crossroads between the suburbs and the inner city I have the advantage of being able to choose from some 4 or 5 bus routes and  the London Underground all within easy walking distance from where I live.

The method and route that I choose is largely bound up in the direction I wish to travel and my final destination but the nice thing is that I do have choices. Incidentally 2014 is the year of the bus for London’s TFL.

One of the reasons I have choices is infrastructure. Over the years the London Underground network has expanded as the City of London has grown.

Bus networks tend to expand and contract according to demand and usage but with buses there is a lot more flexibility. Local authorities are often pressed to make hard choices about where they will put their hard won taxpayer dollars for infrastructure improvements. In fact, when the trains are not functioning for some particular reason, buses are laid on to resolve the transportation challenge.

So the same becomes true with enterprise systems, certain core infrastructure constitutes a large “roll of the dice” so to speak when you decommission copper and implement fibre optics for example because they involve heavy back-end engineering effort and can be very disruptive.

Similarly when you adopt ERP as your core backbone system record of record you’re generally committing large amounts for the long term. 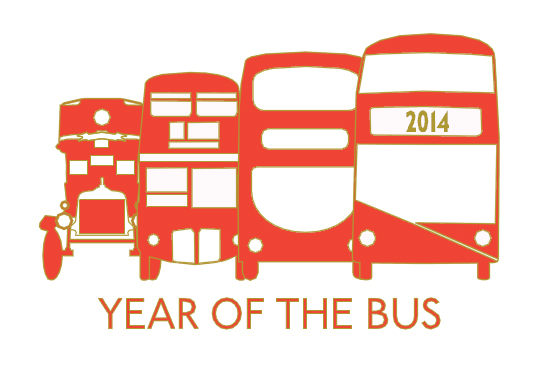 For some organizations committing to specific software application package can span several decades and for others the foray into using a particular solution may last considerably less time.

As evidenced by the recent decision by Jefferson County to abandon their SAP implementation.

The article cites that the commission paid $2.6m for the software and $12m for the implementation and training beginning in 2006 and that in the period since 2008 support costs for SAP have totaled an additional $4.7m.  The result of the implementation reputedly led to even bigger problems and extra costs estimated at a further $1.3m in “indirect” costs from things like additional audit fees.

Certainly the description of the challenges is a little one sided and there has been sabre rattling about them dumping the system since at least as far back as 2010 when the catchment population was around 665,000.

As recently as 2012 it seems a full system restore had to be instituted as a consequence of slowing or crashing. At the time County Manager Tony Petelos said all of the servers that run the SAP program had outlived their useful life, and of the 16 servers in the Information Technology Department, only one has any life left.  “The rest of them are outdated and they need to be replaced,” Petelos said. The county needed to reinvest in its infrastructure and the malaise at the time was largely blamed on compounding factors like staff reductions and decisions to reduce maintenance contracts to save money.

In 2007 despite an existing relationship with Oracle, Jefferson County opted to go with SAP after a yearlong evaluation process that included in-depth examinations of Oracle E-Business Suite modules and comparable SAP products.

In the end, the county went with SAP despite the fact that it was more expensive. One of the reasons Jefferson County IT decision makers chose SAP was that they became convinced that SAP would do a better job of helping them comply with local regulations.

It seems that in choosing SAP, Jefferson County believed that it would have a better experience as compared with the unpleasant experience had with their Oracle payroll applications implementation for the Jefferson County School Board a few years earlier.  An event that appears to have been cited as more than a HR systems implementation and more of a Process Re-engineering exercise.

Former county financial adviser James H. White III, who worked for the county from April 2007 to July 2008, said during a Samford University conference in 2010 that a major problem for the county was a lack of sophistication and understanding during the implementation and adoption.

Either way the choice to implement and then undo is a big one, with a big price ticket.

One can’t help but feel that the decision to make a significant switch was a classic example of a major infrastructural change. In the interceding period that has passed one can only wonder as to whether the majority of the issues experienced by the County related to change management, application usability and overly complex system processes just as it was for Marin County.

Almost certainly one of the challenges that Jefferson County would have been having is the ongoing challenge of data homed in Excel and needing to synchronize that data with the SAP ERP.

In 2011 for example the County invested in Global Software’s spreadsheet server for use with SAP indicating that there was already a demand for flexible reporting in alignment with the buses analogue described above. This strikes me as a keen awareness that some relief was needed on the reporting front.

While I am not suggesting that Excel or Winshuttle for example would have saved  Jefferson County’s SAP system, the ability to leverage off the shelf technology like Microsoft Office with SharePoint and SAP is a strong value proposition for cash strapped organizations that have inherent complexity in their business processes and need proven and flexible ways to support those processes with technology. All indications are that they still use either relatively expensive manual entry or LSMW for a lot of their data integration functions.

It will be interesting to see SAP’s reaction to the news and the final outcome for the Jefferson County. Ripping up the rails and decommissioning the coaches and locomotives seems a drastic choice when you have the opportunity to realign your systems by laying on some buses.

You can read more on this analogue from my colleague Kristian Kalsing in his blog on selecting the right solution for master data problems.

Note on Images: You’ll see a mix of images here from the TFL website including some early Underground or ‘Tube’ maps, marketing icons from current renewal and promotional campaigns and views of infrastructure that TFL has had or has in use. Rights to these images belong to the TFL.